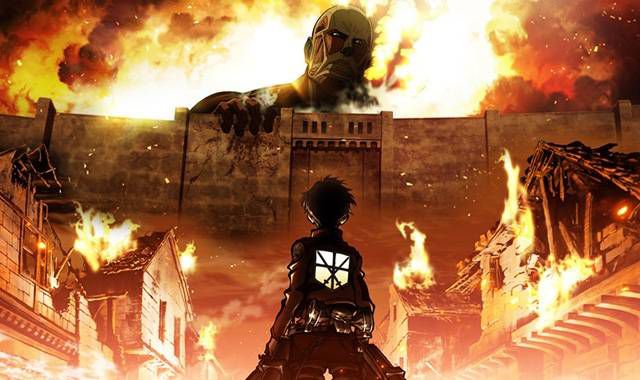 It’s safe to say that no series has made as big a splash as Attack on Titan within the last five years. Originally a manga, it’s spawned multiple adaptations, spin-off series, live novels, and videogames. But despite its popularity, Attack on Titan fans have been anxiously awaiting a second season since 2013. Thankfully, their prayers have been answered. The much-anticipated Attack on Titan season 2 begins this April! In fact, FUNimation released a promotional trailer during the holidays.

Alas, it was not released on Christmas Day – the birthday of fan favorite Captain Levi – but Christmas Eve. Missed opportunity, in my opinion.

Given the three-year gap between seasons 1 and 2, loyal manga fans have an idea of what to anticipate in the upcoming anime. Based on the trailer, I’m certainly looking forward to some things. Who knows how much of the manga storyline the second season will cover, but guessing is always fun!

1. The Mystery of the City Walls

The Stack Newsletter
Sign up to The Stack to receive Book Riot Comic's best posts, picked for you.
Thank you for signing up! Keep an eye on your inbox.
By signing up you agree to our terms of use
Spoilers ahead if you haven’t watched the anime! The first season ended with an ominous shot of the city’s wall breaking apart, revealing a titan’s face. That’s right! There are literal titans in the walls. This is likely what “Titans have been protecting us from titans all this time!” refers to. How did they get there? Who thought that was a good idea?

2. The Mystery of the Armored and Colossal Titans
We know they’re titan shifters like the Female Titan, aka Annie Leonhart, but what’s their deal? Do they have a mission like Annie? Other than destroying the walls, I mean. In fact, now that Annie is out of commission, does that mean they’ll be focusing their attention on Eren next?

3. The Introduction of the Beast Titan


We’ve had Female Titans, Armored Titans, and Colossal Titans. We’ve even had a Constantly Screaming Titan in the form of one Eren Yeager. (Come on, he does yell a lot.) The trailer gave us our first look at the Beast Titan, who may prove to be an antagonist the likes of which the Survey Corps hasn’t encountered before. Mike looks like he has his hands full.

4. The Conspiracy
A conspiracy? Involving a city meant to serve as the last bastion of humanity against a horde of man-eating giants? But contains rampant corruption? You don’t say! What is the conspiracy exactly? Is it connected to the city walls? Who is the “she” referenced in the trailer?

5. Badass Sasha
Look, I love the Bread Girl and I won’t pretend otherwise. Seeing Sasha out of uniform and armed with a bow and arrow is quite possibly the best thing ever. But why is she out of uniform? If I recall the end of the first season, she and a few other soldiers heading off somewhere? A new mission, perhaps? And who—or what—is she facing with that bow and arrow?

Okay, let’s hear it, Attack on Titan fans. What are you hoping to see in the upcoming season? Which scenes and reveals are you especially looking forward to? If you’ve read the manga, please try to avoid specific details for our anime-only fans. Keep it as vague and general as possible. Those of us who read the manga will be able to figure out what you’re referring to. Let’s chat!