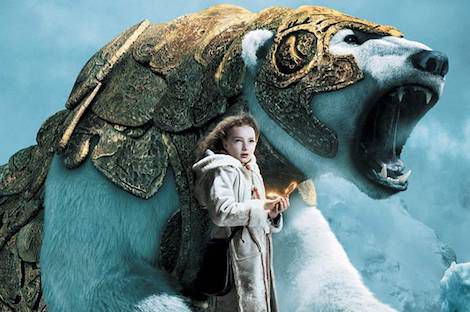 News broke yesterday in The Guardian that Philip Pullman is writing a companion trilogy to His Dark Materials, the fantasy trilogy that was second only to Harry Potter in the late ’90s and continues to be wildly popular today. 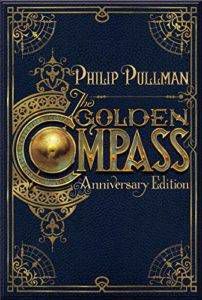 The first His Dark Materials book, released as The Golden Compass in the US (Northern Lights everywhere else), was an adventure story about Lyra Belacqua, her daemon Pantalaimon, and the discovery that the grown ups in her life are very interested in dust, an invisible and incredible substance that they believe to be evidence of Original Sin, and of course all wish to control.

The second book, The Subtle Knife, introduces the multiverse, and Will Parry, who finds a tool that can cut through the fabric of reality, opening doors between worlds, bringing his story and Lyra’s together.

The third and final book, The Amber Spyglass, brings the series to a climax of biblical proportions and ends with the children making a great sacrifice in their attempt to fix everything the grown ups messed up.

The new trilogy, The Book of Dust, is a companion piece to the first, beginning with baby Lyra ten years before the events of Northern Lights and stretching to ten years after the conclusion of The Amber Spyglass. The trilogy will explore further what dust really is and why everyone is so obsessed with it. Pullman: “Little by little, through that story the idea of what Dust was became clearer and clearer, but I always wanted to return to it and discover more.”

The first (as yet unnamed) book in The Book of Dust trilogy hits bookstores worldwide on October 19 of this year.