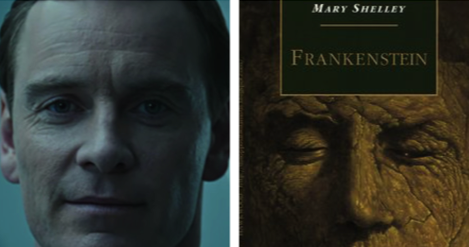 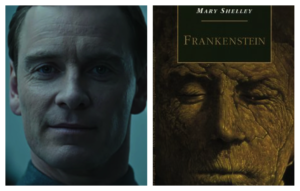 To say that opinion is split on Alien: Covenant, Ridley Scott’s latest entry in the Alien film franchise, would be to put it about as politely as possible. Reviewers have called it everything from “one of Scott’s best directed movies” to “laugh-out-loud ludicrous.” This divided response is not markedly different from the one the series’ last entry, Prometheus, received upon its 2012 release.

And I will grant you that both films are messy, sometimes baffling affairs. More than one person on the internet has made the joke that the only criteria for serving as a crew member aboard a ship in the Alien universe is that you be (A) very stupid, (B) very reckless, or (C) both.

The reason is simple: with these last two films, Ridley Scott has transformed (or retconned, if you prefer) the Alien franchise from an intriguing collection of horror/action movies into a Frankenstein story with an enormous scope.

And I love me some Frankenstein. If you’ve ever put off reading it because it seems like it would be party of that musty class of 19th century classics that only an English major could love, then read it. You’re in for a surprise. In fact, I might argue that Mary Shelley’s classic work is the most surprising piece of literature I’ve ever read. Part of that surprise came, of course, from the monosyllabic monster who lumbered his way through a bunch of old movies and created the erroneous impression that Frankenstein is a story about a slow-witted, single-minded science experiment who attacks helpless villagers.

So I blame Boris Karloff for making me think that, when my senior English teacher assigned us Frankenstein half my lifetime ago, I was going to be bored to tears. I stuffed the book in my backpack and faked my way through a week’s worth of class discussions.

Then, that same teacher showed us Blade Runner, Ridley Scott’s 1982 film about a collection of rogue androids, eager to meet their maker before their programming failsafes kick in and end their lives. The movie, which I loved immediately, is essentially an adaptation of Frankenstein. The androids are, like the book’s “monster,” hyper-articulate and curious about their origins. They’re also super-pissed that their creator has abandoned them to a life of mistreatment in the service of his own hubristic goals.

Apparently, Ridley Scott loves him some Frankenstein too. (SPOILER ALERT for Alien: Covenant.)

The original Alien (the only other film in the series Scott directed before 2012), is a straightforward survival-horror movie, but now he’s using that film’s recent prequels to ask some of the same questions that he posed in Blade Runner, questions that Mary Shelley asked nearly 200 years ago. Chief among them? What happens when humans play God? And what happens when we’re not very good at it?

In Blade Runner, Roy Batty is disappointed to mind his maker lacking. Frankenstein’s monster feels much the same way about Victor. He finds the doctor feeble and cruel, more concerned with his reputation than with the well-being of his creation, a poor excuse for a god, in other words.

In Prometheus and Alien: Covenant, Scott echoes these confrontations through David, the insidious android played by Michael Fassbender. Like Frankenstein’s monster, David is simultaneously enamored by humanity’s artistic heights and embittered by their moral failings. That bitterness, explored in Prometheus and cranked up to 11 in Covenant, quickly transforms into a desire for a reckoning. David wants to force humanity to recognize its flaws, then he wants to use these flaws as justification for his revenge upon them. His method is where Scott’s Alien franchise veers from Shelley’s novel. Frankenstein’s monster wishes to be cared for by his creator and understood by the people who view him as an abomination, but even in his rage toward Victor, “monster” is not a label he deserves.

The same can’t be said for David. He is a more sinister figure, operating on a much larger, more frightening scale. But as long as he’s a part of the Alien universe, I think Scott is going to keep using him to ask the same big questions Frankenstein asks about existence, creation, and meaning. The onscreen results are not always neat and tidy, but for me, they’re the most compelling reason to keep close tabs on where the franchise goes. And as long as it keeps following in Shelley’s footsteps, I’m gonna be in a theater, ready and waiting.