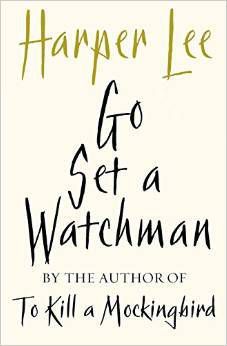 The world is still picking up its collective jaw from the floor after hearing about Harper Lee’s forthcoming novel (I can’t believe I just typed those four words; if you’d had me bet on whether we would see humans land on Mars or a new Harper Lee novel first, I’d have taken Mars every time), but in our giddiness, we’ve also been scrambling to collect as many details as we can about the book and its publication.

We know the title, the setting, the characters, and the release date, but we don’t yet know what Harper (the publisher, not the author) is planning for the book’s inevitable PR campaign. No doubt, those involved are busy plotting the best ways to keep people talking about Go Set a Watchman from now until July 14. Don’t ask me what favors I had to call in, but I got a sneak peak of the 8-step marketing plan for the novel, and have transcribed the relevant portions of it for you below. One thing is clear: Harper is going for broke.

Do nothing. Just sit around playing pinochle (or whatever fancy time-passing strategy we want to adopt) because we’re marketing a book by Harper freaking Lee and it’s going to sell a floppity jillion copies no matter what.

Move the publication date to September 15 just to troll Jonathan Franzen, then move it back to July, then back to September, then back to July. Catch as much of Franzen’s reaction on camera as possible, put the footage on YouTube (where JF will never see it, because the internet is obviously destroying real literature, and he must therefore abstain from it at all costs).

Hire actors to dress as Boo Radley and stand in the shadowy corners of people’s homes all across America. Bedazzle their overalls to read: “Go Set a Watchman: July 14.”

Bring Steven Soderbergh out of retirement to shoot a fourth Ocean’s movie, the plot of which involves Clooney, Pitt, Damon, and Marilynne Robinson breaking into the Harper offices to snag the top secret original manuscript.

Finally make meaningful use of hologram technology, and use drones to project moving images of Gregory Peck as Atticus Finch, walking the streets of America’s major cities. When people inevitably stop to watch him pass, blare information about Go Set a Watchman‘s release from the drones.

Automatically download a copy of the book onto every ereader in the country. Hire U2 to make the announcement and play the release party.

Reveal that Go Set a Watchman is a novel which actually gender-flips Atticus AND Scout’s characters. Watch the world burn. Rebuild humanity from the ashes.

Get ready, people. The blitz is coming.