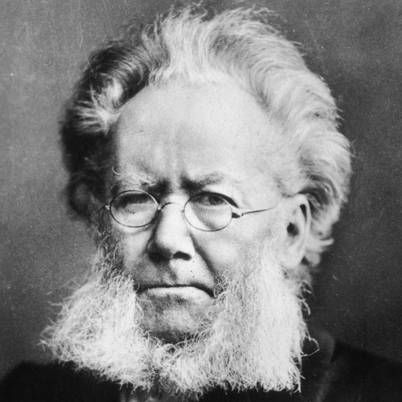 Almost exactly two years ago, we ran a post on 10 awesome literary mustaches. It was indeed awesome, and yet something was missing. Mustaches are great, but they certainly don’t cover the whole facial hair story. In that vein, I today present to you 10 awesome literary beards. Now, because the esteemed author of the mustaches post included a few beards as well, I’ve decided not to have any overlap. You can be sure that Hemingway, Tolstoy, and Dostoyevsky otherwise be on this list. Thankfully, there’s enough lit beardage that I did just fine compiling these greats.

Louisa May Alcott once said of Thoreau’s neckbeard: “[It] will most assuredly deflect amorous advances and preserve the man’s virtue in perpetuity.” Yikes. 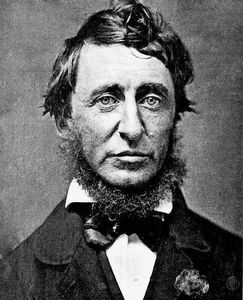 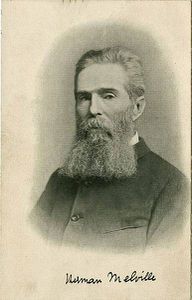 Look at how scraggly that thing is. It was said at the time by a friend, “the beard saved him the trouble of shaving, and much as he admired his own appearance before he allowed his beard to grow, he admired it much more now, and never neglected, when an opportunity offered, to gaze his fill at himself.” 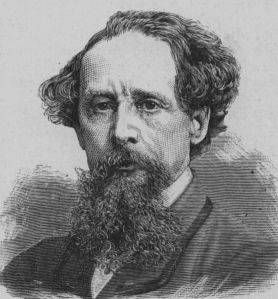 I can’t even tell where his beard ends and his mouth begins. It’s so spectacular, in fact, that a band called The Spent Poets titled a song, “Walt Whitman’s Beard.” The chorus: 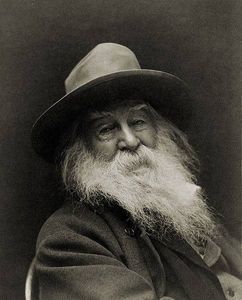 This is actually Lawrence’s passport photo. I’m amazed that such a full beard can be found on such a thin-framed man. His reverence for facial hair can be seen in The Rainbow:

“She stood watching him comb his fair beard. His eyes were calm and uninterrupted.
‘Ay,’ he said, ‘where have you put the scissors?’
She brought them to him, and stood watching as, chin forward, he trimmed his beard.
‘Don’t go an’ crop yourself as if you was at a shearin’ contest,’ she said, anxiously. He blew the fine-curled hair quickly off his lips.” 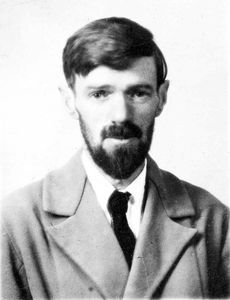 The highlight of the famed comic writer’s beard is how well it blends into his flowing locks. His head is basically a giant mass of hair with some eyes, a nose, and a mouth thrown in there. 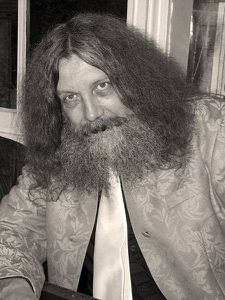 I don’t even know what to say. Look at that thing. If I didn’t know any better, I’d say he’s had plenty of Red Bull, ’cause this dude’s got chin wings. 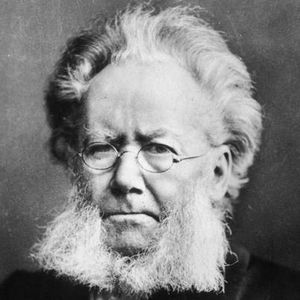 Such a regal beard. He looks nearly kingly. As you can see above, writers are not known for being neat with their facial hair. That’s for businessmen, politicians, and the like. Jules bucked that stereotype with his neatly coiffed chin bristles. 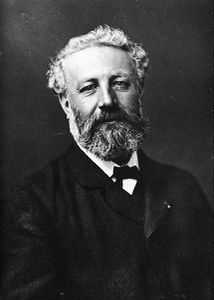 Clean shaven in his younger days, it seems maybe he got lazy when he started seeing wrinkles on his face. Very much in the style of Hemingway’s beard, but this guy did it almost 100 years earlier, and much fuller to boot. 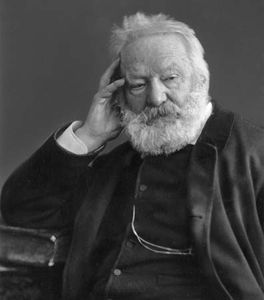 This is not a particularly good looking beard. In fact, with his flat hair, it looks downright dirty-old-man-ish. Which, given the content matter of his books, seems to fit alright. It’s not a particularly full beard; it’s more whispy than anything else. Nor is it trimmed or styled. George R.R. Martin is livin’ by his own rules, which is why he takes the final spot on this list. 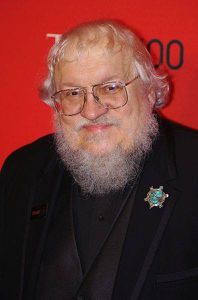