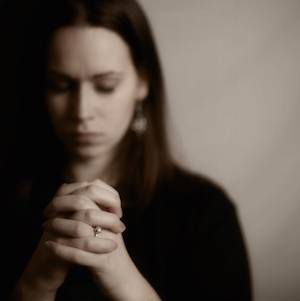 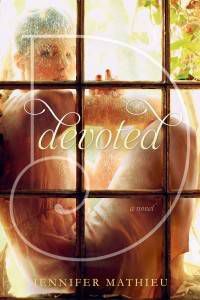 This post is sponsored by Devoted by Jennifer Mathieu.

Rachel Walker is devoted to God. She prays every day, attends Calvary Christian Church with her family, helps care for her five younger siblings, dresses modestly, and prepares herself to be a wife and mother who serves the Lord with joy. But Rachel is curious about the world her family has turned away from, and increasingly finds that neither the church nor her homeschool education has the answers she craves. Rachel has always found solace in her beliefs, but now she can’t shake the feeling that her devotion might destroy her soul.

“Doubt isn’t the opposite of faith; it is an element of faith.” – Paul Tillich

For people raised in religious communities, questioning faith can be a rite of passage on the way to a life defined by belief, or it can a be foundation-shaking first step into the unknown and forbidden. I’ve always been interested in what makes us believe and what it means to believe, and conversely, what it means when we stop believing, so the “losing my religion” memoir has become something of a kryptonite in my reading life. I can’t resist them. Here are a few favorites. 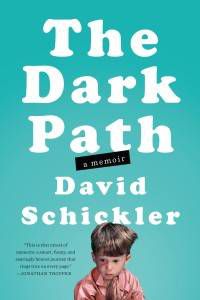 David Schickler grew up Catholic and from a very early age felt called to become a priest. As he walked the path near his family’s home, he prayed and talked to God, processing his worries, fears, hopes, and dreams. And then he got interested in girls and sex, and that whole priesthood celibacy thing started looking, well, a lot more complicated. In The Dark Path, Schickler recalls wrestling with his competing desires through the confusion and awkwardness of adolescence and early adulthood with great warmth and candor. This is a funny, thoughtful, honest account of belief and doubt and how one man reconciled them. Spoiler alert: he didn’t become a priest.

Whereas Schickler more or less worked out his issues and found a way to incorporate faith into a life that allowed him both spiritual and sexual expression, others didn’t have it that easy. In Unorthodox, 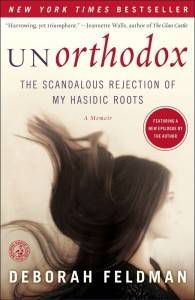 Deborah Feldman details her life in the strict Satmar sect of Hasidic Judaism. Religion dictated every aspect of her life, and the books she read in secret made her hungry for more. After getting married young to a man she describes as emotionally abusive and having a child at the age of 19, she made the decision to leave the community despite knowing it would likely mean losing all ties to her family and friends. Feldman’s anger is palpable on the page, and the answers she finds as she explores alternate modes of belief are fascinating. Also worth a read: Shalom Auslander’s hilarious and heartbreaking account of losing his religion but never shaking his fear of God in The Foreskin’s Lament. 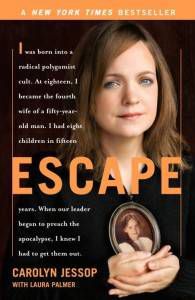 explorations of how religious communities govern gender and marriage. And you’ll find a lot of anger about how the rules affect the less powerful members of those communities, especially women and girls. Nowhere is this more prominent than in stories like Carolyn Jessop’s Escape, about her experiences in the Fundamentalist Church of Jesus Christ of Latter-Day Saints, a sect of Mormonism that practices polygamy and makes women subservient to their husbands. Jessop lays bare the emotional abuse, sexual trauma, and physical violence she experienced firsthand and witnessed others fall victim to, and she tells of how she got out and became the first woman to win full custody of her children in a suit involving the FLDS. For a memoir of abandoing mainstream Mormonism, pick up Leaving the Saints by Martha Beck.

Fundamentalist Christian takes many forms, so let’s look at a few memoirs about questioning it. You’ve seen Westboro Baptist Church on the news, as members picket funerals and 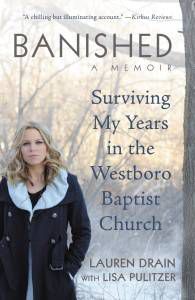 protest gay pride parades. In Banished, Lauren Drain gives us the first look inside the church that is so controversial, no organized religion will claim affiliation with it. For an outsider’s look at a different variety of fundamentalist Christianity, you won’t do better than Salvation on Sand Mountain, about Pentecostal churches, faith healing, the sometimes scandalous difference between miracles and reality. As he dives into the world of snake handling, once-skeptical reporter Dennis Covington finds himself becoming a participant in practices he will never fully comprehend. And that’s what it comes down to, right?

Have you read any great memoirs about real-life fundamentalists questioning their faith? Tell us about them in the comments!