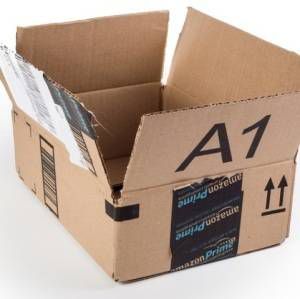 “I was hoping for a twist.” -one star review of To Kill A Mockingbird

“Repetitive…a boring ocean of words.” -one star review of Leaves of Grass

“Inconsistent characters and atrocious editing.” -one star review of the Bible

One-star reviews of canon books tend to be unhelpful and technically benign. They’re the work of school kids forced to write brief responses (“We read this for class and I thought it was sort of interesting but mostly boring I didn’t like Scout.”), disgruntled and disaffected youths, or, I’m increasingly convinced, straight-up trolls. (See: the Bible review excerpt.)

Amazon reviews are democratic spaces gone wrong. The chaff announces itself, but it’s not separated out. The general silence of arbiters means that any old “this sucks” beneath Zadie Smith or Dostoevsky counts for just as much as a well-thought out review by a careful reader. For the bookish: these are the Internet’s dark and littered corners.

My first temptation was to respond: to indignantly explain to some stranger why Harper Lee is timeless, why Betty Friedan’s book is not a blight on sacred American values, why Joan Didion’s restrained prose is layered and symphonic and perfect. But, frankly, there’s a lot of this sniping going on in the comments sections already, and from both ends.

My second, and regrettable, impulse was to follow it. Sheer voyeurism. And so I did. When I’d had a long day and I wanted to feel indignant on L.M. Montgomery’s behalf, I sought out some stranger calling Anne “trite” and I had my short scream. Excess energy? Direct it at the monsters who call Steinbeck vulgar. Short on fun? At least you’re not the joyless person who yawned their way through Koontz’s Lightning.

It’s (briefly) satisfying to go a little mad in the direction of strangers who fail to appreciate your sacred cows. It’s also cheap, and easy, and when indulged too long, it pulls you toward nastier sloughs.

I stopped when I found myself responding. Well, after I lost an afternoon, really, to raging against Ann Coulter’s readership. There are odd and active communities beneath Amazon customer reviews, packed with the trolliest of trolls. They’ll give you an argument back, and a conspiracy theory to boot, but they do not make your reading life richer.

Neither, in the end, do the bulk of Amazon reviews.

I still try the lighter one-stars when I’m site-hopping, though. I still have a little warped affection for the baby-trolls.

Or maybe this intentional one-star reading is, itself, a form of trolling. What do you think, fellow readers?