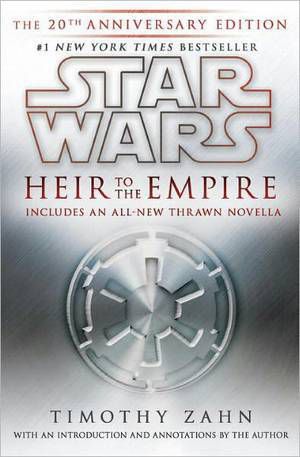 So these two writers walk into a bar, right? And neither of them is a horse or anything but both of them are complaining about fan-fiction, where “fans” write “fiction” based on another writer’s works, then typically post them online for people to read for free. These two writers are really irate about it. It’s practically plagiarism! It’s copycatting! It’s stupid and awful and unoriginal (and maybe it threatens copyright, whispers a sinister voice at the back of the bar), and it’s just really terrible, fan-fiction, and then a duck wanders in and –

Oh, you’ve heard this joke. Of course you have. If you’re here, you’re a reader. Maybe you’re a writer. That means sooner or later, you’ve surely bumped into one of those authors of varying degrees of stature and success, who rail against the evils of fan-fiction. Well I want to answer those complaints, and the best way to do it is to share my own history and let that form a rebuttal.

As a youth, I was a Star Wars and Star Trek nerd of staggering scope. I had Enterprise-D blueprints wallpapering my bedroom, for example. I poured over episodes of Star Trek, and I watched Star Wars twice a year in what was nearly a religious experience (only twice a year; we didn’t own a VCR. Google “VCR,” kids.) Star Trek was once a week or so. I was too rabid to be content with these meager offerings, and so I filled up the spaces with all of the tie-in novels that existed. There were a huge number of Star Wars and Star Trek books, and in hindsight, it turns out they had a far bigger effect on me than the TV shows or movies ever did. Not least because they set me on the path to wide, voracious reading.

I was already writing simple little stories with terrible spelling and poor storylines…but the arrival of Star Wars books (particularly the works of Timothy Zahn, for whom I am eternally grateful) was a watershed moment for me. I read and re-read them, all the while writing my own terrible little Star Wars novels. My work was definitely fan-fiction. It was very poor and very derivative of the stuff I was finding in these books.

I kept writing fan-fiction, though. And as I did, I began unconsciously pulling apart those Star Wars novels. Some were terrible. Some were Hugo-Award-Winning. I began picking apart their methods of dealing with heroes and villains, but on a more basic level, I began pulling out ways of moving a plot, ways of constructing paragraphs…and more than that, ways of structuring a book. They were fan-fiction stories still, but they were growing and sharpening.

Eventually, I did a Star Trek fan-fiction series of episodes and seasons online. It was fan-fiction, sure…but it was an original cast of characters, a ship of my own invention, and plots all my own, weaving in and out of the plots of Star Trek shows and books. I began pulling larger and larger components out of the TV shows I was watching, the books I was reading. The idea of story arcs was appearing. Characters were having relationships, some of them pretty clever considering I was a putz teenager. I wrote thirty-plus episodes, each of them around 10,000 words long. It was a hefty body of work. (It’s also still online, but I shall not tell you where, oh no, not at gunpoint.)

At this point, I am at high speed on a runway, and then…liftoff. My next work was a long serial, entirely original, set in its own universe. If it bore resemblance to Star Trek and Star Wars, to the SF novels, well so what? I was young. It was original, though. When I eventually stopped writing that serial, it was because it couldn’t quite contain me any more, and away I went into the world of short stories and varied works which has carried me to the career as a writer I have today.

This, then, is the purpose of all my rambling: to show that my own roots run deep as anyone’s, but they begin in other people’s worlds, in fan-fiction. It’s not evil, it’s not dangerous. It’s unoriginal true enough, but so what? Fan-fiction is the equivalent of a group of teenagers working hard as they can to play covers of Metallica songs. Eventually they’re good enough to play in bars, and maybe beyond. They aren’t taking away from the actual work of Metallica (Metallica is doing an okay job of that these days.) (Sorry.) As infants, we learn to walk by hanging onto the furniture around us.

Writers becoming snotty, or hostile, or even actively aggressive against fan-fiction is, to my mind, the equivalent of a big rock band showing up in a tiny town bar with a SWAT team to stop a group of teenagers from playing an off-key cover of one of their songs. It’s not only stupid and pointless, it’s petty, mean, and probably more harmful to the major rock band than to the bar band.

What I’m saying is, the kids are all right. I’m saying, leave fan-fiction alone. There are surely bigger fish to fry.