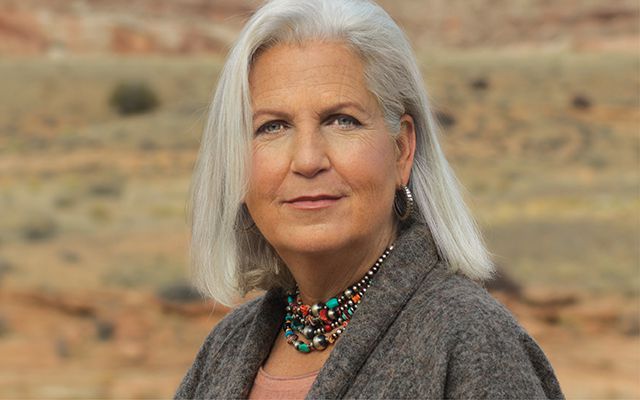 As far as Rioters go, I seem to be a latecomer to the Terry Tempest Williams fan club. I had never read any of her books until I started writing for Book Riot. She wasn’t really on my radar, though one of my aunts had mentioned her to me a few years ago as someone she thought I might enjoy reading. I don’t recall now why I didn’t pick up the book my aunt was telling me about (at that time, it was Refuge). I just recall a vague feeling of being stressed out, so I’m pretty sure I had a term paper coming due soon and reading for pleasure was the last thing I had time for.

It wasn’t until years later (I am horrified to think how many), that Terry Tempest Williams came again into my awareness. This time, it was thanks to Rebecca mentioning her on a podcast. I was heading out on a road trip soon and decided that The Hour of Land would be perfect to listen to since I’d be passing through or near several places mentioned in that book. I got hooked on William’s lyrical prose and near-mystical way of describing what could otherwise be an ordinary setting. I wish I could write as beautifully as she does. 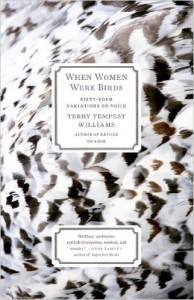 But then I realized that I’ve had When Women Were Birds on my TBR for ages and ages. I would pick it up and think to read it next several times in past years, but I always put it back down. I don’t know why. It just wasn’t the right time to read it. But now, I finally did read it. My grandmother died and it felt like the right time. It is not a book my grandmother would have enjoyed. It is not her style at all. It is quiet and and meditative and mindful. My grandma was many things, but quite wasn’t one of them. She was brash and sassy and opinionated and didn’t give one fuck if you didn’t like it. But she was also wise, and I think there are many bits of wisdom in this book which she would have recognized and approved of. So I wanted to share a few of my favorite lines from When Women Were Birds, because I miss my grandma, and because this was exactly the book I needed to read right now to help.