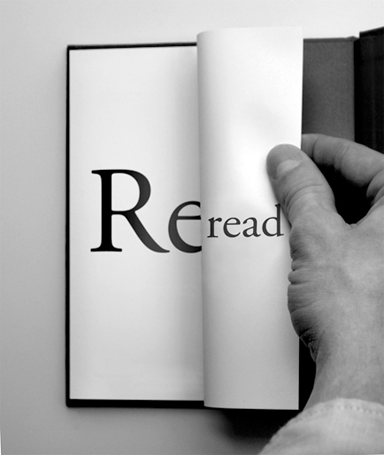 I get really nervous about revisiting media I consumed as a child and as an adolescent. I call it “The Hocus Pocus Problem” because the childhood favorite I am most nervous to revisit is the 1993 Bette Midler-Sarah Jessica Parker-Kathy Najimy witch-vehicle Hocus Pocus. In elementary school, I thought this was just the freakiest/weirdest/awesomest film in cinematic history, and I’m eeked out about watching again, because I’m afraid I’m going to realize this movie is completely stupid and have all my childhood memories of the movie dashed against the rocks. This already happened with the film version of The Neverending Story (and the sequel). The Childlike Empress, the luck dragon, Atreyu? Not a fraction of the rad they were to me when I was a child. Look, it was a risk, and it didn’t pan out, that’s what a risk is, which I completely accept, but I don’t want to take that risk with Hocus Pocus, it has a 33% on Rotten Tomatoes, I know I’m going to think it’s completely stupid as an adult and I don’t WANT to think that, I want it to remain the freaky/weird/awesome film it is in my memory.

Of course this theorem applies to television shows (I didn’t even KNOW Dawson’s Creek was the most ridiculous thing ever when I was fourteen year old, I completely took it seriously, I didn’t even KNOW) and to the matter at hand, it also applies to books. I’ve recently revisited a couple books I hadn’t read since high school: The Giant’s House by Elizabeth McCracken and Bel Canto by Ann Patchett (don’t think I’m fancy, I read a LOT of Oprah Club books too)  and have noted similarities in my experiences reading these books I hadn’t read in about a decade.

I read these backlisters for the reason so many people read backlisters: Patchett just came out with a collection of essays, McCracken’s coming out with a new collection of short stories, and these new books reminded me that these authors existed and made me want to go back and reread their works that I had loved so well/probably was a little bit too young for in high school.

Good news, first. I did not have The Hocus Pocus Problem while rereading these books. Well, okay, maybe I did a little bit, but I don’t think that’s the fault of these very, very fine novels, I think that’s the problem of me having grown up a little bit. Scratch that, it’s been ten years or so, I’ve grown up a LOT. It wasn’t just any old decade I’ve lived through , this was the decade where I got my bachelors and my masters degrees, started reviewing books and teaching creative writing, wrote hundreds and hundreds of thousands of words, read hundreds and hundreds of thousands of words. I’m coming to these works now as a different kind of reader. Now I’m not a reader who gobbles up anything interesting that crosses her path like the literary equivalent of a hunter-gatherer cave girl. I’ve notched so many years of “thinking critically” that it’s almost impossible for me to take in a piece of art and/or entertainment without automatically drawing up a list of pros and cons, coming up with a dozen theses for essays that will never be written.

The awesome thing about taking a ten year break in between reading and rereading a book is that you remember so little about the book in question save the fact that you liked it enough then to safely assume you’ll like it again now.  And I do like both of these books now. Both reread novels capture human connection and unlikely, almost impossible love and the randomness and unfairness of the world so beautifully, and I know I can understand and appreciate that beauty so much better than I could as a teenager. At the same time, I’m so much harsher as a reader now, I’ve absorbed so many writing rules in these intervening years that I apply to everything I read, and it’s hard not to take these books to task for faults I wouldn’t have even known were faults years ago. Example: McCracken’s metaphors and similes are fancy and flashy and every once in a while draw too much attention to themselves. Also, Giant’s House skews slow in the middle.  Another example: In Patchett’s world of Bel Canto, every single person in the novel is SO obsessed with opera, even all the terrorists, and the opera singer involved in the hostage crisis is able to solve problems with the terrorists by singing and as magical as this novel is (and it is!) it was maybe just one too many pinches of pixie dust for me.

I notice these flaws but they don’t f— up the rereading experience for me. If anything they ground the reread, they deepen it. It’s like growing up and realizing your parents are flawed, or your teachers, or basically everyone you’ve known all your life. The small flaws only serve to enhance what tremendous perfection also exists in what you love.

Is anyone else in the habit of taking this long a gap in between rereads? You grow and change as a person and a reader, I mean, you have to in that huge span of time, how does that affect you rereads?