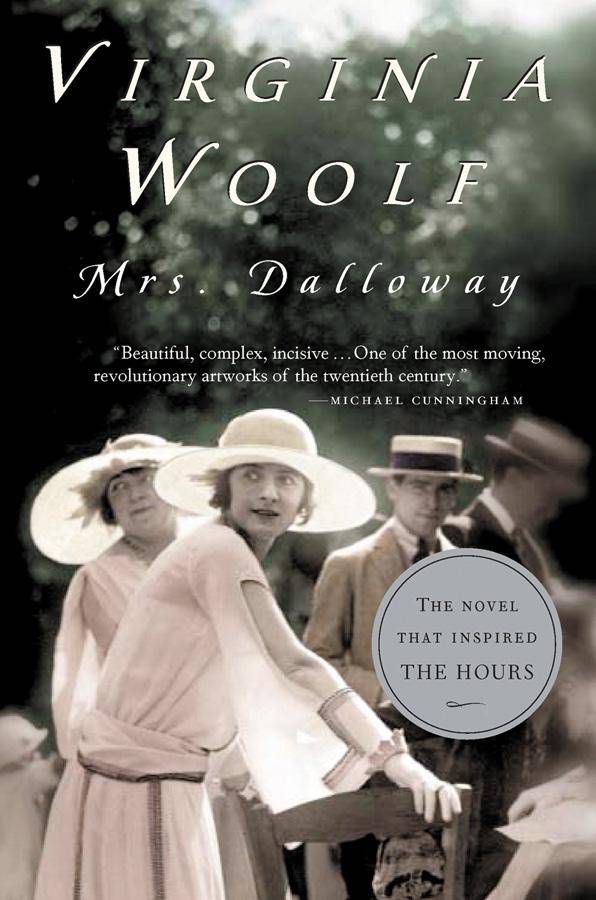 This is a guest post from Robert Bruce. He is a full-time writer and part-time book blogger at 101 Books, where he is currently blogging through Time Magazine’s top 100 English-speaking novels. Follow him on Twitter @robertbruce76.

The other day, in an unprecedented fit of boredom, I stared at a blank wall for 90 seconds. At some point, maybe around the 70-second mark, I thought to myself: This feels a lot like reading Mrs. Dalloway.

The wall, though blank, certainly has a lot going for it. Someone spent a lot of time building it, then they primed it and painted it. They even cared enough about that wall to put a ceiling above it and a floor below it.

That’s a lot like Mrs. Dalloway, too. Because even though it bored me to tears, Virginia Woolf obviously spent a lot of time writing it. She was a smart woman.

But back to the wall. It just stood there, not moving, not changing color—basically just hanging out, like it was at Mrs. Dalloway’s party sipping watered-down punch.

That whole wall experience got me to thinking—what’s more boring: a white wall or Mrs. Dalloway? After many hours of laborious thought, I decided to give the slight edge to Mrs. Dalloway.

Yes, I find Mrs. Dalloway horribly tedious. So much so, that it’s currently ranked 46 out of the first 46 novels I’ve read from Time Magazine’s All-Time 100 novels.

So to better explain my thoughts on this novel, I thought I’d take some time to compare it to 10 other boring things. Let’s see how the following things stack up versus Mrs. Dalloway in the land of tedium:

Like the plot in Mrs. Dalloway, Mitt’s hair doesn’t move. Virginia Woolf might have been one of the pioneers of stream-of-consciousness writing. But, all across the country, young Republicans are strolling into hair salons asking for “The Mitt.” Top that, Woolf.

2.    The keynote speech at a Tupperware convention vs. Mrs. Dalloway

The only thing more boring than a Tupperware convention must be the keynote at said convention. But here’s the thing: At least you can people watch, and think about those possibilities! Thousands of men and women who traveled hundreds of miles to hear about the new 5-piece pantry set only offered in goldenberry and passion red. So at least the Tupperware convention has that going for it.

3. A paralyzed sloth vs. Mrs. Dalloway

When Mrs. Dalloway manages to draw out emotion, that emotion is sadness. But that sadness and boredom is no match for a paralyzed sloth. It’s already a sloth, which pretty much sucks. Now, it’s paralyzed too. That’s the old double whammy. Though your love of reading might suffer from temporary paralysis while reading Mrs. Dalloway, you’ve got nothing on the sloth.

This one’s tricky. I can attest, from experience, that the Amish make delicious bread, and they are extremely friendly people. But their fashion sensibilities rival Dwight Schrute’s—he, the angry beet farmer. The length of their skirts might rival the length of Virginia Woolf’s sentences, but the Amish fashion show simply can’t top Mrs. Dalloway on this one.

Imagine with me, if you will, Septimus Smith and Elizabeth Dalloway in a 1920s-era silent film, subtitled, with choppy and overly dramatic piano music. I’m about to fall asleep just writing about it. On the bright side, at least while reading Mrs. Dalloway you can listen to the voices in your head telling you to cut the grass or take out the trash.

If this was a true boxing match, I think Mrs. Dalloway would tremble upon seeing Kevin Costner enter the ring. The key question in this matchup is this: Is Kevin Costner’s wooden acting performances less interesting than Mrs. Dalloway‘s stagnant plot? It’s a tight one, but Mr. Waterworld’s monotone drawl wins more boring points.

If Virginia Woolf were alive today, I doubt she would be much of a fan of NASCAR. But if you imagine those race cars as characters in Mrs. Dalloway, you’ll see how they actually have a lot in common. They’re always moving, going round and round and round, without ever really going anywhere. They traveled 400 miles to get right back where they started—it’s the Mrs. Dalloway reading experience with sweat and gasoline! Now that’s somewhat entertaining.

Mrs. Dalloway is indeed boring, but an IRS Christmas party must be frightfully tedious. Can you imagine? Roundtable discussions about the year’s most crazy W-2 form mistake, and did you see that woman’s ridiculous withholding? OMG, the crazy antics! It’s getting out of hand up in there, or not.

If the bar of boring is set at watching paint dry, then does watching previously dried paint fall somewhere in the catatonic range? And where would reading a 126-word sentence with 14 commas fall in that scale? Though it took me 3 weeks to read the 200 pages in Mrs. Dalloway, at least the novel had an ending. Previously dried paint has no ending, no finish line for me to run toward, except maybe when it starts peeling 10 years from now. I don’t have ten years to watch old paint.

Could you have a more miserable life than that of a chair? You rarely move. If you’re lucky, you might occasionally get pushed from a sterile cubicle into a sterile conference room. And because of your stationary situation, you can never escape the two enormous butt cheeks that press down against you every day. You’re smothered by butt, which is much less appealing than being smothered by the stream-of-consciousness upchuck that is Mrs. Dalloway.

More boring? A day in the life of a chair

If you’re keeping score at home, Mrs. Dalloway won 4 out of the 10 boring battles. Interpreted: There are a lot of things more boring than Virginia Woolf’s pre-eminent novel.

There is hope yet.

Now, you might disagree with me. You might think Mrs. Dalloway is a beautiful, poetic, touching novel. And that’s fine by me. Many people feel that way. I understand that I might have entered the land of literary heresy.

That being the case, I’ve got to be honest. I’d much rather attend an Amish fashion show than read Mrs. Dalloway again. Hopefully, I’ll never have to make that call. But, if I’m ever forced to, I stand firm.

Mrs. Dalloway, you can keep all your flowers.