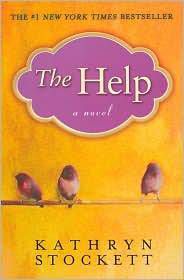 Another list? Sure, why not! Last week, Jeff posted his 20 best literary characters of the last 20 years. It’s a great list, to be sure, but it had to be tough for Jeff to limit it to 20. For that reason,  I’ve taken the liberty of fashioning a list with 10 more. What do you think? Please discuss!

(The criteria, as they were for Jeff’s list, include characters not on Entertainment Weekly’s list, as well as characters that are drawn from my own reading — and therefore, I certainly recognize a few potential omissions, like Katniss Everdeen, Harry Potter folks, and Twilight peeps.)

It could be argued that Henry is the more prominent character in Niffenegger’s wonderful novel (he’s the time traveler, after all), but truly, the novel is about Clare. (See: the title) The way she copes with her lover’s affliction is just as important to the novel as the affliction itself. Plus, she delivers one of the more beautiful, emotionally stirring lines of any fiction of the last 20 years: “I waited for you, and now you’re here.”

I had trouble deciding between Sully and William Henry Devereaux, Jr., the zany college professor protagonist of Russo’s Straight Man. But I settled on Sully because he is probably most representative of Russo’s signature down-and-out, smart-ass, stubborn, small-town characters. Will this poor fella ever catch a break?

All Enzo — the canine narrator of this emotional wallop of a novel —  wants is to be human, and he thinks he’s ready. I defy you to read this novel without getting a tad misty-eyed. And if you haven’t read it, you’ll have to trust me that it’s a lot less cheesy and sentimental than it sounds.

This 10-year-old Chicagoan may or may not be the Messiah. Over four days (which take more than 1,000 pages to adequately chronicle) he tries to find out. He also falls in love, participates in the Gurionic Wars at his grade school, and leads “his people” across Lake Michigan. If you like David Foster Wallace, you’ll love this McSweeney’s-published novel.

If there is a main character of DFW’s magnum opus, it’s Hal — and he’s awesome. He’s a genius tennis prodigy with a substance abuse problem. Who else did we know who fit that description?

As a commenter pointed out on Jeff’s post, the easier choice here is the narrator, Death. But I loved Liesel because of the value she places on the printed word. And how strong she is. So she’s the choice from this widely read novel.

One of the more sympathetically pathetic characters you’ll find, Matt’s timely story of having his dream crushed by the financial meltdown takes some goofy twists and turns. Is his wife having an affair? Will he be able to pay the mortgage? Why is he suddenly smoking so much pot?

Minny is the soul of this much-loved novel, and her “terrible awful” prank on Hilly Holbrook is disgustingly divine.

I can already feel you rolling your eyes at this one, but very few (if any) post-Huckleberry Finn novels render place-as-character as vividly as this National Book Award-winning novel-as-interlinked-short-stories.

This show-tunes-loving, globe-trotting CIA agent has a crush on his 16-year-old stepsister and is in love with a 46-year-old nun. Throughout this novel – by far, Robbins’ longest — Switters expounds on everything from pedophilia to the evils of advertising to religion. Possibly Robbins’ alter ego, Switters is my favorite literary character of the last 20 years.

NOTE: Kavalier and Clay, from Michael Chabon’s The Amazing Adventures of Kavalier and Clay (2000) and Cal/Callie from Jeffrey Eugenides’ Middlesex (2002) are included on EW’s list, otherwise I would’ve surely included them here.