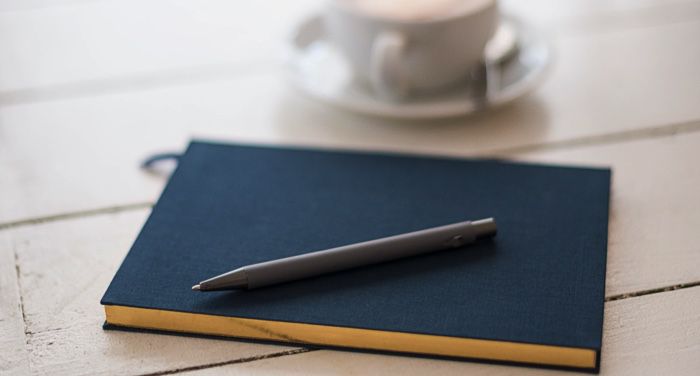 This is a guest post from Elizabeth Brooks. Elizabeth grew up in Chester, England, studied Classics at Cambridge, and now lives on the Isle of Man with her husband and two children. Her debut novel, The Orphan of Salt Winds, was described by BuzzFeed as “evocative, gothic and utterly transportive.” Her second novel, The Whispering House will be published in the U.S. by Tin House on March 16th, 2021. You can find her on Twitter @ManxWriter.

My sister knew how to tell a story, and she had an appreciative audience in me. I can picture us now: my 7-year-old self, sitting up in bed, hugging my knees, while 10-year-old Rachel delivered her latest installment in a loud whisper from the adjacent attic bedroom. Sometimes excitement got the better of her, the whisper rose to a babble, and Mum or Dad called up the stairs, “You two! Go to sleep! Now!” For a few wriggly, resentful minutes we were silent, but when the coast seemed clear Rachel would resume, with caution.

When I think about those storytelling sessions now, the happiness and humour are still there, but they are complicated by the fact that Rachel died by suicide at the age of 28, having suffered years of mental illness.

I wish I could remember one of Rachel’s stories from beginning to end, but I’m left with a muddle of impressions, scraps of detail. I know she relished telling stories about spoiled, bullying girls, of a similar age to us, whose crimes escalated until they got their comeuppance, and that she liked to end each episode on a cliff-hanger, leaving me begging for more.

Rachel didn’t just make stories up, she also wrote them down. There were stacks of notebooks in her bedroom, crammed with novels at various stages of completion— children’s stories, family sagas, romances, diaries and poems.

I was two and a half years younger than Rachel, and I began writing out of a desire — half deferential, half competitive — to emulate her. It was a struggle to keep up. I rarely seemed able to complete a chapter, let alone a book. I kept waiting for a tidal wave of words and images to sweep me away, but it never did. Whilst I was fussing about how to detach page one without ruining the aesthetics of my new notebook, Rachel’s pen would be flying. She would be biting down on the tip of her tongue, her shoulders rigid with concentration, a cup of tea cooling at her side. One day she’d be a published author; I was sure of that. In as far as we were Little Women, she was Jo.

I wish there was a name for the condition that destroyed my sister, so that I could describe it in a single word and expect you to understand. It began in childhood and worsened through adolescence and adulthood. Depression was a part of it, but by no means the whole. Schizophrenia comes close, but isn’t quite right. Whatever it was, it made her hate and harm herself. It drove her to run away from home, cut her arms with razor blades and starve herself of food. Sometimes it had her in floods of tears, sometimes she could hardly move for the sheer, dragging weight of it. Medication was a matter of trial and error, and although there were pills that helped a little, others did more harm than good. Counselling was useful, but didn’t get to the heart of the problem. Nothing ever did.

One of Rachel’s less successful night-time stories strikes me as darkly comic, in retrospect. If that sounds heartless, it’s not meant to: mental illness has its absurdities, interwoven with its cruelties, and it would be dishonest to pretend otherwise. I forget how old she was at the time, perhaps 11 or 12? Rachel began with her main character waking up one morning, but rather than launch him headfirst into his story, she proceeded to describe everything — everything — he did, from the moment he swung his legs out of bed. “He found his slippers under the chair, and he put his left foot in the left slipper, and his right foot in the right slipper, and then he went over to the door and took his dressing-gown off the hook and put his left arm in the left sleeve…” I managed to bite my tongue until our man finally made it downstairs, only to discover that his dishwasher needed emptying. “So he opened the dishwasher and took a mug out and put it away in the cupboard, and then he went back to the dishwasher and took another mug out and took it to the cupboard…” At this point I snapped, and Rachel got upset, which made me even angrier. I told her she was being weird, and that her story was boring. In my defense, I was little, and Obsessive-Compulsive Disorder was not part of my vocabulary.

We grew up together, but as my life unfurled, Rachel’s contracted. The stages I passed through — school, university, marriage, children — were typical enough, but set alongside what she was going through they seemed extraordinary, to the point of unfair. She ought to have been doing these things too, or something equally good, not wasting away in psychiatric wards, or overdosing on anti-depressants, or running away from home in a futile effort to escape herself.

We both continued to write, but the further we got from childhood, the more difficult it became to show one another our work. I was too embarrassed to share my navel-gazing attempts at poetry, or bits and bobs of prose, and Rachel’s writings, too, grew ever more private. Whenever she was well enough to put pen to paper, she tended to write diaries rather than fiction, seeking relief from her distress by pouring everything onto the page. I believe that’s what she was doing, anyway: I didn’t read her notebooks then and I couldn’t bear to read them now.

Rachel died of an overdose in 2005. It was around the same time, when my children were tiny, that I began to write more seriously. It took me a long time to work out what I wanted to write about, and longer still to find an agent and publisher, but I did in the end. The sense of achievement was real, yet it was tinged, as all those other “ordinary” life events had been tinged, with guilt. The logical part of my brain knew I’d done nothing wrong, but there was a sub-logical part, which wasn’t — still isn’t — so sure. How come I’d fulfilled the dream that was Rachel’s, long before it was mine? Had there only been room for one Jo March in the family? Could I, with my greater resilience, be said to have ‘won’ over my more fragile and sensitive sister?

There’s no point getting hung up on such questions — and I don’t — but I’m conscious of them simmering away, out of sight. It’s because of Rachel that I became a writer in the first place, and it’s partly because of her that I settle on the subjects I do. All my novels concern the ways in which people, including ‘normal’ people, are essentially mysterious. I seem drawn to create characters whose vivid internal lives drive them to commit strange, often extreme, acts.

Storytelling is, in part, an attempt to shed light on darkness. When something seems impossible to understand, it is instinctive to stare hard into the chaos and search for patterns and structures there. A narrative framework may do nothing to alter life’s harsh realities, but it’s comforting to have one, all the same. When Rachel died, I felt numb. I could come up with no adequate response in the immediate aftermath; what had happened seemed so pointless and cruel. Fifteen years on, it still seems pointless and cruel, but writing has helped me to face it. I have never fictionalised my sister’s story, as such, but I have explored mental illness, the impact of suicide, and the complexities of sibling relationships. Putting these things into words, and shaping the words into stories, is healing.

Maybe Rachel’s stories — maybe mine, maybe everyone’s — are flashlights sweeping the darkness, making sense of a frightening world, albeit in brief, fragmentary glimpses. This makes me hope that my residual guilt really is misplaced. Perhaps becoming a writer was not, after all, a private ambition that divided us, but a joint quest that unites us still.