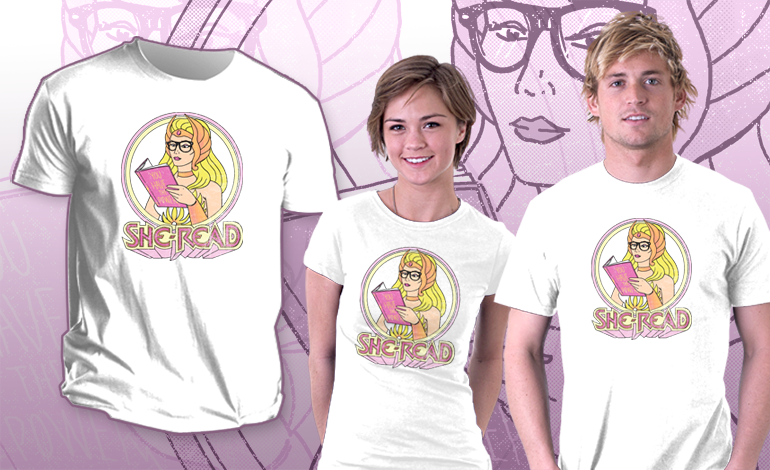 This article is a reaction to a column on LitReactor by Peter Derk: “Teenage Wasteland: Please, No More Teenage Heroes” makes several arguments against the teenage protagonists recently promoted in comics produced by Marvel and DC. I would like to respond to Peter’s claims in good faith; we are, after all, fellow librarians. He was awarded Librarian of the Year by the Colorado Library Association and has been awarded for his efforts in building ReadCon, an annual celebration of all things book-related. As such, I think we would agree that, as per Ranganathan’s Second and Third Laws of Library Science, a library ideally contains for every reader a book, and for every book a reader.

He starts out by citing Kamala Khan, Miles Morales, Riri Williams, and “Nova” (he must mean Sam Alexander) as evidence of “so many teen heroes now.” This development is compared to the introduction of younger versions of classic superheroes to attract younger readers, from Robin to Bucky to Superboy. The central question emerges: “Here’s my question: Are young heroes attracting young readers today? It’s not like everything we did in the 1940’s works now. Looking at you, Germany. In all seriousness, you would think with the increase in teen heroes, we’d see an increase in teen readership, right?”

Setting aside the jokey comparison between comics marketing strategies and Germany’s conduct during World War II, I think I can speak to this question with strong anecdotal evidence. I served two years on the Young Adult Library Services Association’s Great Graphic Novels For Teens book selection committee, a group that regularly solicits feedback from teen readers to aid its selections and jury voting. As a teen services librarian, I had ready access to young readers who were happy to read the publisher-provided comics I offered them, including filling out feedback forms for the committee to use in considering each title’s teen appeal. These circumstances formed the basis for many conversations with teenagers about the sorts of comics they enjoyed or would like to enjoy, including modern-day superhero stories.

Kamala Khan is a runaway success, and the most recent property Marvel has that can compare to Spider-Man, both in terms of critical reception of an original teenage protagonist and the levels of popular and critical reception that have made it a headlining hit. Teens (girls and boys!) respond to her lived-in world and authentic lifestyle details; teens have told me they relate to the opening scene of smelling sandwiches they can’t buy, even if separate from the Muslim context (Kamala, a practicing Muslim, enjoys the scent of pork). She writes fanfiction, argues with her parents who compare her with her more devout brother, has an endearingly goofy group of friends, and her story doesn’t require navigating 70 years’ worth of Marvel continuity. Kamala’s comics check out of my library and are placed on hold all the time. When I visited the Marvel portion of the Islands of Adventure theme park last year, nearly all of the comics and graphic novels were in new condition except for the well-worn copies of Ms. Marvel.

Miles Morales is so popular that teens, especially dark-skinned boys, tend to ask me, “Why aren’t there more superheroes who look like me?” They like plenty of superheroes, including the grown-up legacy characters, but they also want to see themselves in these escapist fantasies. Bryan Hill at Comics Beat speaks to this issue with great clarity. Also, the addition to Batman’s mythos of young Bruce Wayne’s “oath” against crime, including the many on-screen interpretations of his parents dying, are methods of attracting emotional buy-in from a younger audience, much like how the recent series of Star Trek movies starts with James Kirk hot-rodding a car as a child. These examples demonstrate how even adult superheroes can represent young people’s “I could be as badass as him if I start today” escapism (as if superpowers, vigilantism, and exclusive super-clubs weren’t enough).

As for Riri Williams… well, her comic isn’t out at the time of this writing, and I don’t know if Peter got an advance PDF or something from Marvel, but commentary can’t really go anyplace without reading it (unless, like Olivia Stephens, we’d like to go in on how a 15-year-old is portrayed in some covers like an adult). I know enthusiastic readers of Moon Girl & Devil Dinosaur who would love to see more black girls like Lunella Lafayette rocking the Marvel Universe, though. Representation is not the best thing about Lunella, Miles, or Kamala’s stories, but is significant, especially during his comparison that casts them as the bridge too far after so many young white people were popularized. (Jury’s out on Riri – don’t screw it up, Marvel!).

New teenage superheroes also don’t come with 70 years’ worth of continuity baggage. There’s no use riffing on Dick Grayson as a teenage icon when he’s since worn the mantle of the Bat; Bucky Barnes when he’s flung the shield; Superboy when current-continuity Superman is straight-up raising a son. Is there any beef with America Chavez, Kate Bishop, or Damian Wayne, or are they too modern?

Sam Alexander’s adventures as Nova make sense to me for a young man who gets to zip around outer space fighting aliens – he’s impulsive, easily excited, and shuts down around girls. Check out the scene in All-New All-Different Avengers when he panics in front of Kamala and takes off his helmet in a vain attempt to impress her with access to his secret identity, upsetting her in the process. Is that not the most age-appropriate interaction you’ve heard?

After the opening examples, the article’s focus shifts to teen superheroes’ exaggerated virtues, whether it’s their genius, morality, or responsibility. Peter doesn’t like stories that “devolve into after school specials,” citing a Ms. Marvel story climax about millennials who feel like they’d rather sacrifice their potential and become human batteries than contribute to the world’s overpopulation and resource consumption (sounds a lot to me like certain increasingly popular motives for not having children). Peter doesn’t like “the stink of a ‘very special message’ jammed into the story.” Me neither (nor does the target audience), but that story addressed a real anxiety in young people (and, let’s be honest, old people) that the world has no use for them, either because the odds for success are stacked against them or they’ve been rendered obsolete. That story is later followed, by the way, by one in which Kamala tries to foist responsibility on a braindead clone, leading to a catastrophe not seen since the days of Calvin’s duplicator machine demonstrating that scientific progress goes “boink.” The story in which she takes the cover selfie with Wolverine he rolls his eyes at is also one where she gets into a mess, panics, and learns a harsh truth from the ol’ canucklehead

Variant cover by Jenny Frison, used here because teen superheroes have always got more to learn

Peter cites comics sales numbers as evidence teens don’t read superhero comics much, but I would posit that has more to do with pricing, availability, format, other reading choices (the teen protagonists of manga pull in sales numbers that DC and Marvel would kill for), and of course the existence of graphic novels and collected editions in libraries. For that matter, we as librarians would probably do well to remind audiences, including collection development folks, about the teenage superheroes who have been entertaining a wide range of readers, whether it’s Jaime Reyes as Blue Beetle, students of the Xavier Institute, or young Avengers, for DC/Marvel starters. Add to that the teen protagonists from, say, Image’s Deadly Class, Dark Horse’s Harrow County, Oni’s Bad Machinery (collected from the webcomic), Boom’s Lumberjanes, Valiant’s Harbinger, First Second’s Battling Boy and Aurora West, Fantagraphics’s Liz Suburbia, and Drawn & Quarterly’s SuperMutant Magic Academy, as well as countless webcomics delivering stories free of corporate influence, and there are more than enough comics for people who want to follow teen heroes and those who prefer something else.

Or as Ranganathan might advise: For every reader a comic, and for every comic a reader.