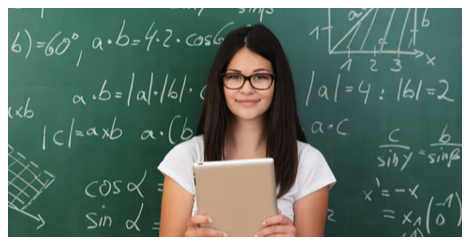 Being a white teacher in an urban school means that I consistently miss the mark when it comes to determining what my students are going to be interested in. Often, I spend hours preparing a lesson that falls flat. So when the school library sent an email about poets visiting for National Poetry Month, I was sure it was going to be another flop but responded yes to taking my classes to see the performances. When the date came, I announced our field trip to the library and was met with groans. 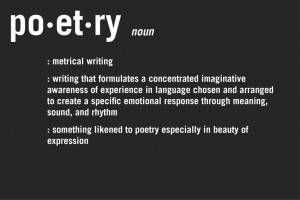 “Do we have to?” one student asked.

“I hate poetry,” another said.

We ushered in and my students plopped in their seats with a huff. The cell phones came out of their back pockets and they slouched further down. The first poet, a white hipster named Tom, stood in front of 45 students and introduced himself. I could feel the room collectively roll their eyes when he took a deep breath in. But then he said, “I masturbate with my left hand / cause I was told / back in high school that / it feels like someone else is doing it,” and had the students attention. As soon as he said his ex joked about stopping by his house and “now, I haunt / the windows in my house / I don’t leave for weeks at a time,” he had them hooked with his heartbreak. They could relate. Watching their eyes change from high roll to piercingly engaged made my English teacher heart swell two sizes. The atmosphere changed from barely tolerable to Sunday morning at First Baptist with standing and praise hands and emphatic shouting.

When the black lesbian came up to recite Marshall Davis Jones’s poem “Spelling Father,” the kids had taken their earbuds out of their ears and locked their cell phones in their laps. In the poem, a boy of 6 is kicking butt at a spelling bee. He’s spelling words like “serendipity” and “Duodenum” correctly. His final word to spell is “father.” The poet said, “I stood up straight / Licked my lips, and began, Father, M-O-T-H-E-R, Father.” The kids were confused at first, but as the poet continued with lines like “let me explain something to you obviously you / ain’t grown up where pops were rolling stones down the hills / of women’s backsides,” they understood. When the passionate poet rounded on the final lines, it was hard to hear over the hooting and hollering of the students in the audience. She paused. Lowered her voice, then said, “Cause what Webster says, means nothing around here, around / here, my father is sitting right there, and I love her.” The students exploded with applause, hands raised and pumping, even a few glances back over their shoulders to check my face for approval or disdain. I hope they saw radiant, encouraging approval.

Back in the classroom, I asked their thoughts. Answers ranged from “That was awesome!” and “That was lit!” to “It was fine” and “Not as bad I thought it’d be.” That night when I got home, I reflected on what made this lesson work. Why did this guest work when another one fell flat? As a teacher, I take a thousand shots in the dark every year when trying to engage my indifferent students. Performed poetry hit the mark because the people and the words were authentic. It wasn’t someone slinging them lines about test scores and the importance of education, or a community member explaining how to be successful in a tough neighborhood through hard work and doing what’s right. It was genuine heartbreak and hard-won resilience. Two things these high school students have known and repeated since they were little.

Watching them watch the poets opened something in me as well. These students are more than just the attitudes and disrespect they fling at me. They are children with secret hopes and tender hearts. Behind the cuss words and downright meanness, they are afraid of me. Afraid of me breaking their hearts, of breaking their own hearts by disappointing another teacher. Authenticity, day in day out, is how to educate my students. I need to show them that what I’m teaching has value, and that I, also, am real, just like the poetry.