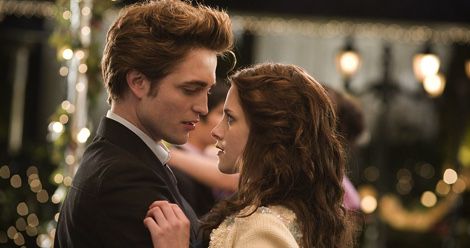 It’s been almost 15 years since Stephenie Meyer and the publishing world introduced the public to sparkly “vegetarian” vampires, but people still love to hate on Twilight. Seriously, even Robert Pattinson has moved on by now. But for every person who seems to hate Twilight with the passion of a thousand midnight suns, there are kids who fell in love with reading because of Bella and Edward.

When I graduated college at the height of Twilight fever, it was oh so cool for my fellow English majors to deride the series for hours at the dining hall. It was also cool to not have read the books. Spoiler alert: I was not cool. I had read through the Twilight series when it made the rounds through my all-girl musical theater troupe. Did I know it was dramatic and a little silly? Yes. I had eyes. From Bella’s first use of “unconditionally and irrevocably,” a small part of me smirked. But it was a welcome break from the novels of Hemingway and Hardy I was studying in school, and it had Edward. Seriously, team Edward for life. I talked this way with other fans, but when most of my classmates attacked the book, I kept my mouth shut.

Years later, starting my MFA program, I was surprised to find the vitriol against Stephenie Meyers still raged strong in Academia. When I told fellow classmates that I was studying YA, more than one laughed at me and said something like, “but not Twilight, right?” with a chuckle. “What’s wrong with Twilight?” I would answer. In reply I received looks that clears asked What’s wrong with you?

And those are just a few personal anecdotes. We remain inundated with Twilight hate through traditional and social media. And I want to be 100% clear that I think a lot of the criticism is valid. Edward and Bella do not model healthy, equitable relationship dynamics. The elevating of purity culture seems regressive and anti-feminist. The depictions of Native American characters and stories are deeply appropriative. And on a line level, many of the sentences in this book will make any good English major cringe. I don’t want to pretend like I’m ignoring any of this or saying it doesn’t matter.

But…rarely do I see these legitimate criticisms come up. Instead, people call the characters stupid. Or worse they call the readers stupid. And if you take away the line level critique, many of these problems (especially accusations of sexism) are just as true about Hemingway and Hardy novels as well. They just aren’t as popular. And for some reason, society assumes that readers who gravitate towards “the classics” are smart enough not to mimic the behavior of those characters. Books that a primarily written for and primarily read by teenage girls are held to a different standard and completely unacceptable level of scrutiny.

I liked Twilight when I read it in college. I admit it!

But I’ve loved Twilight (unconditionally and irrevocably) ever since my first job as a middle school teacher. Why? Because in a sixth grade classroom where the average reading proficiency was at a first grade level, reading Twilight became cool. I saw kids trying to teach themselves how to read, in order to keep reading the book. Others read sections out loud during lunch. Carrying it under your arm in the hallway was a badge of honor.

And let me tell you these kids—young teenage girls and boys—were not stupid.

As a very frazzled, overly idealistic 22-year-old, I’d tried to captivate them by reading A Wrinkle in Time and The Hobbit. And does part of me wish they’d gravitated towards those instead of Twilight? Sure. I’m pretty sure it’s the snobby part of me though.

And the point is that children and teenagers and women are all individuals with free will. They get to choose what they read. They enjoy reading what they enjoy reading. And even if a book isn’t good by academia’s standards or the taste of certain literary communities, I don’t think it should be singled out, nor should its readers be shamed.

Twilight has inspired many kids (and adults!) to become avid readers. It inspired writers from Kiersten White to Sarah Enni to Roshani Chokshi to write nuanced, interesting YA stories. Twilight also helped popularize the idea of female leading characters in books and movies. These are all good things.

I now teach children and teenagers of all ages in New York City. And every year I still see readers who fall in love with reading because sparkly vampires and over-protective werewolves. The problematic elements in Twilight can spark important conversations. And after one young student writing thinly veiled fanfic decided to end her story with the heroine ditching the male lead, becoming a vampire anyway, and deciding to live alone with 14 dogs (blood hounds no less) I decided that kids are probably more savvy readers than anyone gives them credit for. I think that Twilight readers are going to be just fine.