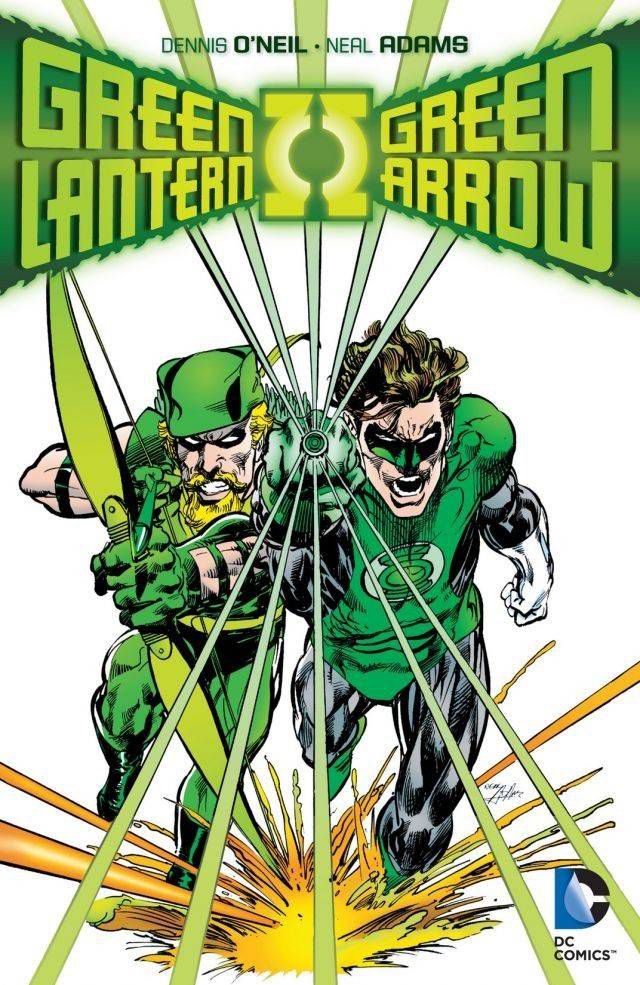 “Let us be lovers, we’ll marry our fortunes together…”

Well no, that’s not actually how this song starts out, but it might as well be.

This #tbt, we’re going to look into the world of Green Lantern/Green Arrow by Dennis O’Neil and Neal Adams.

After a poignant message is delivered to Hal Jordan, the Green Lantern, he and his buddy Green Arrow (or G.A. for short), along with one of the G.L.’s immortal guardian overlords, hit the road out of Star City “to look for America.”

Timing is everything when it comes to relevance, but in the case of Green Lantern/Green Arrow, what was relevant in the early seventies is just as relevant now. And will probably continue to be so far longer than it logically needs to be.

Our first adventure outside of Star City touches on two important issues: labor and war. Labor rights and the mountain town theme of overlords and overwhelmed miners are the obvious theme of this tale. Then it comes: you can practically hear Orson Welles or Cecil B. DeMille narrating:

While Team Green manages to save one of the wronged and take down the evil dude, the day is not won. The people of this mountain coaltown may have been emancipated from the mines they couldn’t escape, but their lives will continue as they had always been.

When G.L. and G.A. make it out to Washington State, there begins a series of stories that were also very much relevant in 1970 and 1971. In early 1970, Dee Brown wrote the heartbreaking and game-changing history Bury My Heart at Wounded Knee, documenting with vivid color the agonizing history of the American Indian. In the months and years that followed, a slew of demonstrations (and some more violent events) were initiated in what was left of the Tribal Nations’ sovereign lands, prompting a new look at the laws then on-book. While the representation leaves something to be desired, the inclusion of their plight is important.

And then, there’s the pollution of the Earth. In a time where there are laws forbidding the use of the term Climate Change in public, the idea of allowing extreme pollution as a detriment to the greater good seems too real.

There are so many cultural touchstones in this collection. I could probably highlight relevant moments for days. But there’s nothing quite like experiencing it for yourself. Especially the introduction of Roy “Speedy” Harper. Yeah. That Roy Harper. Those two issues were a big deal with the Comics Code, let me tell you.

But Green Lantern/Green Arrow isn’t just about cultural relevance. Personal understanding and growth are central to the full arc. Oliver needs to cool his jets and Hal could use a wake up call on human nature. Not to mention we get a healthy dose of Dinah Drake [Lance], Black Canary. Some stories are more intense than others, and some are more than the average level of “saywhat”, but on the whole, the full collection is one worth experiencing.