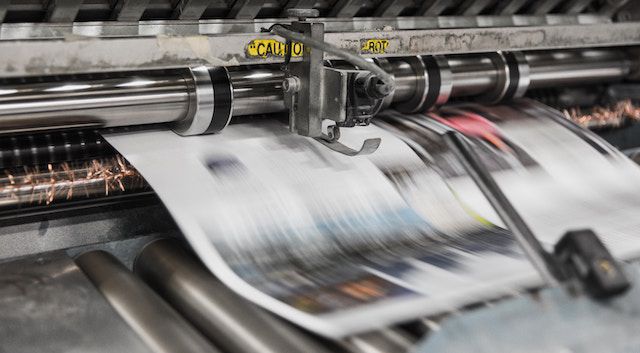 September 1 begins a new round of Trump-sanctioned tariffs on goods from China, part of a long trade war. The 10% tariffs going into effect span 120+ pages, to be followed by another round of tariffs on Chinese goods in December that spans 21 pages.

The first round of tariffs include printed books, including brochures, leaflets, and similarly printed matter in single sheets; printed dictionaries, encyclopedias, and other such series; textbooks; newspapers, journals, and periodicals; technical, scientific, and professional books; art and pictorial books; hardcover and paperback books; music; and maps, atlases, and plans in book form. The September tariffs also initially included printed calendars.

A last-minute change, though, excludes Bibles and other religious texts from the tariffs. Reuters reports that these imports from China comprise 65% of the total U.S. imports in the category. Children’s books, coloring books, printed calendars, as well as postcards will not be excluded from the tariff, but will instead have it delayed until December. 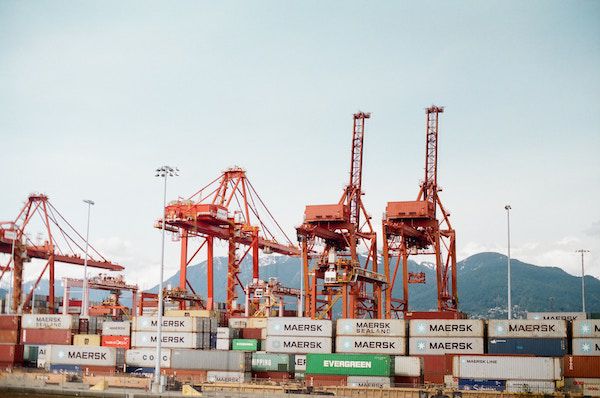 Maria A. Pallante, President of the American Association of Publishers, issued the following statement: “[W]e remain deeply concerned that a wide range of other books remain on the list, including American fiction and nonfiction books; art books; textbooks; dictionaries and encyclopedias; and technical, scientific and professional books. A tariff on books is a tax on information, and at odds with longstanding U.S. policy of not imposing tariffs on educational, scientific and cultural materials. Just as importantly these books are part of a vital economic engine that makes significant contributions to the U.S. economy, and supports American publishers, authors, illustrators, editors, and designers, as well as distributors and book sellers.”

As reported last fall, paper sourcing has become a challenge for U.S. publishers. With the consolidation of U.S.-based printers, backlogs have become a reality, as there are only so many places to have books printed state side. The cost of printing abroad, as well as the supplies for paper and ink, have made publishing seek those alternatives. China is one such country where U.S. publishes have turned. It’s a complicated ecosystem that puts publishers in a position of not only trying to find the most cost-effective printing option but also avoiding the need to increase the cost of books to the end consumer.

The tariffs set for September 1 may impact the holiday shopping season. However, as publishers became aware of the potential for a 25% tariff last year, many started preparing for the possibility sooner and planned accordingly.

Michael Wolff, Director of Production at Workman, said in an interview last fall that publishers need to plan far in advance for the books that have the potential to go into reprint or will see high demand, particularly for the holidays. Books printed abroad need lead time to account for the time it takes for books to arrive in the U.S., which can be up to three months.

“Something like Atlas Obscura, the majority of those are printed overseas. By the time I order a reprint, it can take three months to get to warehouse. So for holiday sales, in most cases, we’re ordering for the holidays in July knowing it’s going to get us books in October to get full distribution by the holidays, so if we get that number wrong and don’t discover that till October, we’re in trouble. It’s almost impossible to get books. Which is why we did a printing of Atlas Obscura domestically one year, because we couldn’t get books fast enough,” he said.

While the tariffs might not impact your budget for the holiday season, the reality is that some books might increase in price in the new year. Because the tariff isn’t as steep as initially threatened, the change in the final cost of those books to consumers might not be noticeable. It might be pennies or quarters, perhaps up to a dollar or two.

But even if it’s not noticeable, the impact is much more than the wallet—it’s about access to information.

The exclusion of religious texts is a political move to appeal to a demographic of voters that the current administration actively wants to court in the next election. That textbooks, technical manuals, atlases, maps, guidebooks, and general hardcover and paperback books are not excluded not only furthers the suppression of information to the general population, but it also highlights an ignorance of the industry as a whole. That, with the continued consolidation of printers state side, should be concerning. While books and information will not go away completely, the challenge of access remains a contemporary reality.

It is impossible not to also see the restriction of access of ebooks to libraries from major publishers as an additional barrier to information that further separates the populations with expendable income from those without.

As we prepare to see this trade war play out, it’s not going to be those who can afford a few pennies extra impacted most. It’s the most vulnerable populations who’ll continue to be pushed to the margins, unable to access vital sources of reliable news, information, tools of literacy, and—as importantly!—any materials, fiction and nonfiction, that allow them to enjoy the experience of reading a good book.

This is a developing and fluid situation, and as it evolves, the broader implications will become much clearer.