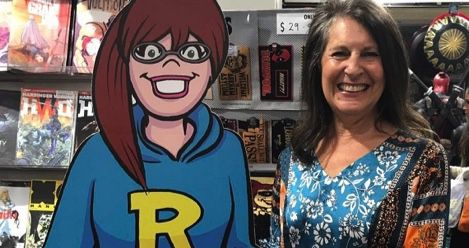 The recent blow-up of bullying in the comic book community brought it all to light again. And while I really don’t want to give that particular group any more attention than they already have, I do want to acknowledge the role comics have in addressing the issue.

Bullying is not a new thing. Unfortunately, it has been a social issue for more years than any of us can count. It has also been an issue discussed within the social commentary of comic books, for most of their history. There are plenty of ways comics have tried to empower kids and help them rise above the torment they suffer. Truth is, the majority of it doesn’t work. I don’t know if it is the ineffective advice of adults far too removed from the situation, or the hypocritical examples of real-life we see as adults where any consequence seems reprieved under the victim’s guilt of politeness and empathy. Either way, the issue of bullying is not going away.

Nancy Silberkleit Speaks Out Against Bullying

Last week, I attended a Special Guest talk at Kings Comics (Sydney, Australia) with Nancy Silberkleit, co-CEO of Archie Comics. Nancy is no stranger to the debate on bullying, with reports she was both a victim and a perpetrator at Archie Comics. It’s a complex backstory but one that she has embraced as motivation in her role as advocate against bullying. From her former years as a teacher to her new role as a company executive/partner of a comic book company, Nancy has recognised the importance of empowering children to break the cycle of bullying and stop it from continuing into adulthood. 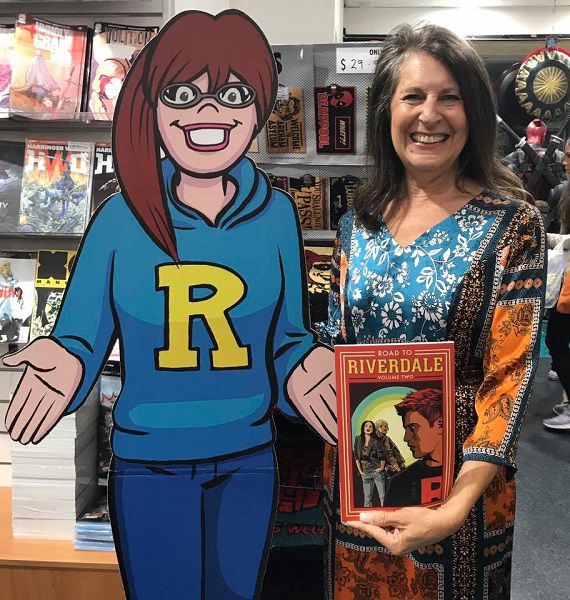 For Nancy, it is not enough to slap on a sticker and say “No to bullying”. Nancy is a walking-talking example of why it is important and how to make a difference. She takes her advocacy role very seriously and recognises the extra strength she has gained from her position as co-CEO of a U.S. national icon. Let’s face it: being the first ever female executive of Archie Comics should not be a big thing. But it was. Inheriting her share of the company from her husband should be no different to inheriting the share from a father. But it was. And being a former school teacher should not affect her insight or suggestions for creative direction (especially being an Arts teacher). But it did.

Take the Opportunity to Change and Make a Difference

Just to make things clear: Nancy did not simply walk into her executive role at Archie Comics. The position was offered to her after she consistently refused to sell her 50% holding of the company. Around 10 years ago the company was undertaking a serious change in both management and culture of the comics. There was plenty of opportunity for change; Archie had a reboot and suddenly gained a resurgence in popularity. Most of the new and completely unexpected storylines were well-received (seriously, who would have thought the Predator would fit in Riverdale). Even more welcoming has been the reception to its openly gay character, Kevin Keller, and the casual reveal of Jughead’s asexuality.

However, Nancy knew there was opportunity and responsibility to do more. Embracing the concerns has been a fantastic step forward, but for a comic that prides itself on its ‘relatableness’ for teens, it really needs to look at addressing the social behaviour and the consequences. The Riverdale TV series has really captured this.

“When I was seeing this show it was like grabbing your pearls and *gasp*! But the more I got into the show, the more I see how that show is powerful and it works. Archie Comics has always had a formula: taking a bunch of high school kids, creating a little bit of chaos and letting them figure it out without any adult intervention. And the little bit of chaos always reflected the decade. The same formula applies to Riverdale but it applies to the 21st century. A lot of things are very dark and really unbelievable…but that’s life! They are putting reality in there. They are still the same characters as in the classic. It’s just the darkness from our society that gives the show. This is what we need to address and we need to address it directly.” 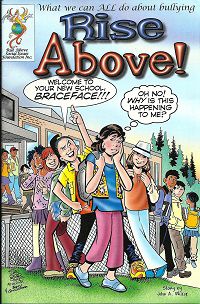 This is what motivated Nancy to take the initiative and create Rise Above Social Issues Foundation Inc. Following on from a rise in high-profile bullying cases resulting in suicide, the foundation produced its first comic, Rise Above! It was a brilliant response to the stock-standard approach taken by many comics in raising the issue of bullying but not addressing the full spectrum of damage. In the very first issue, Rise Above! directly portrays cruelty and emotional damage from bullying. It’s a heavy storyline delivered in the traditional Archie Comics style, creating a strong effect. Best of all, it has one thing missing from most bullying scenarios: a character who calls it out.

“One of my tag-lines is: Never let anyone define who they want you to be,” Nancy said during her talk. “You have to rise above the negative noise. You need to have the conversation and speak up. Trying to ignore it and hoping it goes away doesn’t work. Instead, you have to call it out. Call it what it is and say, This is not okay!” 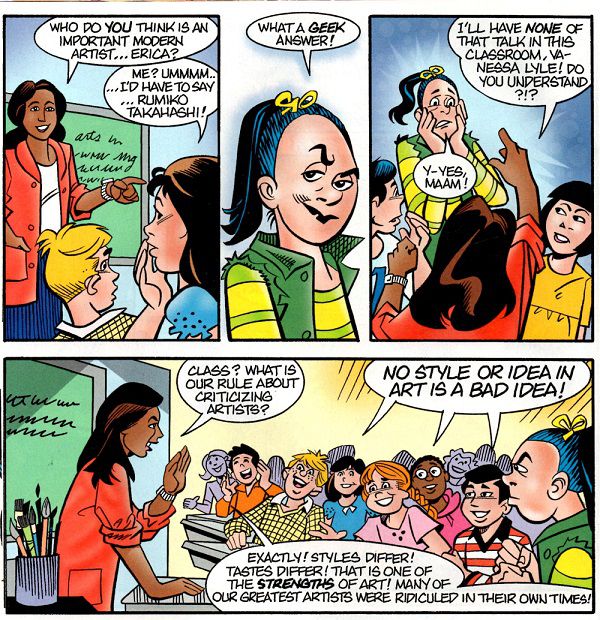 It’s one thing to have the motto; it’s another to make it something you can act on. When asked what advice she would give to women working in male-dominated industries, Nancy’s response harkens to this exact motto: “Put everything in writing.”

“Every time you have something to contribute, put it in email. I wish it was something I had known earlier. When you think you have an idea or said something in a meeting, write it down in an email. Even if you are emailing yourself. It is important to keep track of what you are saying and email is such a great tool for that.”

Bullying: Call It Out

In a time when we need comics to call out bullies and promote some damn kindness, we have still have too many ‘authorities’ continuing the same approach from 20 years ago: walk away and politely ignore it. The first time a kid is faced with bullying, they are often told it is a one-off, to tell the other person they don’t like it, and to walk away. The question then comes, how often does this need to happen before we call it “bullying”? Once a week? Just on Fridays? By the time a teacher is asked to address it, the behaviour has usually been going on long enough to have a very negative effect on a child. And one of the first questions asked of the victim/abused is “Why didn’t you come to me earlier?” Most adults don’t realise how unfair this question can be. Nor do they see the consequence of it.

It’s a fine line to tread, finding a way to present bullying in comics without giving it too much air to breathe. And while many of us want to keep comics as our escape from the harshness of reality, we also need to support those brave enough to directly address bullying. Because if you don’t speak out, it will continue to hurt inside. As Nancy pointed out, “bullying isn’t something that goes away on its own. And most of us don’t know how to address it because we let it hide for too long. If we can’t call it out, then how are we ever to deal with it?”

Listening to Nancy talk is a thought-provoking exercise. She has this light-hearted voice, with a friendly nature that feels like an old-school milkshake. But there is a strength in what she says, a conviction to speak out and use her position as a platform. She’s not just there to promote the Archie Comics brand; she sees every opportunity to speak out against bullying and be an example of how to make a difference. It is a breath of fresh air. And a great insight into what Rise Above Social Issues Foundation Inc and Nancy Silberkleit have planned for the future. Stay tuned.