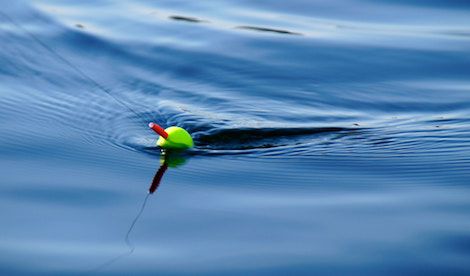 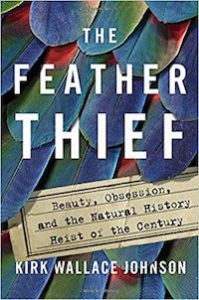 Kirk Johnson’s The Feather Thief made several best of lists in 2018 (including mine) and resulted in a This American Life episode. While many focused on the theft itself and the backstory about salmon lure fishing, I was struck by how the book makes a strong case for importance of natural history collections. I decided to talk to Dawn Roberts, director of collections for the Chicago Academy of Sciences, Peggy Notebaert Nature Museum in Chicago, about the book and the theft’s impact on our understanding of natural history.

Elisa Shoenberger: What’d you think of the book as a whole?

Dawn Roberts: Well, I actually caught the This American Life broadcast of it and I probably had the reaction that a lot of collections folks would have in that I was yelling at the radio… It hit a visceral cord; it pained me to the core to think about the destruction of these specimens for something that was not intended as part of their preservation and a natural history repository.

Shoenberger: Most people focus on the theft in the book but I think it does a really good job at explaining why natural history collections have 200 specimens with the same species. Could you expand on that?

Roberts: Natural history collections are a library of the natural world. Each one of those books has a different story that you can learn about a part of the world through fiction, nonfiction, and you can gain exposure to a lot of different ideas. So in a natural history collection, every single one of these specimens tells its own story as well, even if they are all the same species, they were collected at different points in time. So they have different temporal data or information. They were collected in different places so they have different geographic information. So all of that backstory is connected to the physical specimen that makes each one of those individuals immensely valuable for scientific research.

When you are looking at biodiversity studies of a particular species or a given ecosystem, you want to look at change over time. This process of how things change over time is the focus of a lot of scientific research right now. Do species modify their diet if they have different things available where they live in their habitat? Will they interact with different insects? Will their range change where they actually physically live? Does that change because of climatic conditions? All of the specimens that we preserve in a natural history collection offer just one little puzzle piece to that larger picture.

Shoenberger: Do you have an example a specific study that came from the collection?

Roberts: We are sitting next to a table of bird specimens. The majority of these bird specimens were actually window impacts. Chicago is full of very tall buildings. We sit in a migratory route and a lot of these birds impacted on some of the buildings here in Chicago. Now we’re able to take a look at the kinds of bird species that come through Chicago. We have physical evidence from the bird window impacts. We also have observational evidence from people who conduct birdwatching and then make observation notes and submit those. 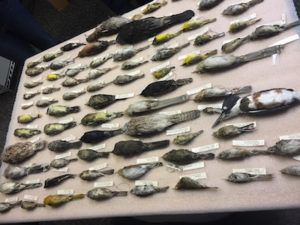 We can actually take today’s data and compare it with data from 40 years ago, a hundred years ago, or or even 150 years ago. We can take a look at changes to the bird species that have passed through Chicago during all of this time. They’re finding different bird species used to be much more prominent than they are now. There’s things like the Eastern Bluebird that used to be much more prolific. Then with the introduction of the European Starling that is offering a direct competition for habitat, you get population struggles and population declines in local species.

We also had a Ph.D. student number of years ago visit the collection and she was interested in learning if a very common species, tree squirrels, had any changes in their diet due to habitation with humans in a big urban city like Chicago. She was actually anticipating that over the last 150 years that she would find that squirrels were making much more use of the ready access to human garbage in their diet and that she would see this change over time. What she found was that even though squirrels are residing very well then and do very well coexisting with humans, she found that in fact they were maintaining their natural diet quite closely, even ones that were collected right in the city of Chicago. I think she should probably have expanded her study to see what rats ate, but you never know.

Shoenberger: Could you talk about more about what has been lost in this theft?

Roberts: In our collection, we have about 300,000 scientific specimens, we’ve made great inroads at getting our data digitally accessible and we’re trying to make it as broadly available as humanly possible. But in a given year there could be quite a few specimens that don’t fall within a research area, but then, five years down the road that species or that geographic area becomes a huge point of concern and becomes a focus of a lot of research. You never know which particular specimen is going to play a part in our growing understanding of how the environment works and our impact on the environment. My role as a collections manager preserving all of these specimens and making them available for study.

It’s important to get it all out there and preserve it all because you never know which piece is going to have the key. The fact that now hundreds of birds from a time period that is quite frankly very poorly represented [are now gone in the theft]. There aren’t a lot of museums that can provide high quality data and specimens from the 1700s and we’re never going to get the chance to go back to that time period and collect new specimens. Just like we’re never going to be able to collect or learn about any of the species that have gone extinct anymore. The only opportunities that we have are those specimens that are preserved in natural history collections.

Especially with invertebrates, we just don’t know a lot about insects and mollusks. There needs to be more people who research those different species because they directly relate to our water quality. They relate to human habitations and our quality of life. Humans aren’t removed from the system and we need to be more aware of our role in that system. Natural history collections and the specimens that we house are a big part of understanding how everything is connected.

Roberts concluded with this sage advice about the importance of natural history museums today:  “In order to continue understanding how nature works, we need to continue studying it and we are able to do that with a lot of different kinds of tools. By continuing to add to our collections, we will be able to continue understanding the world around us and our connection to that world. Natural history museums are not static things around us. The environment around us is changing very quickly. And it’s really important to have natural history collections as a resource, but also it’s important to have people interested enough to study them.”

Thanks to Dawn Roberts for taking the time to talk to me!

If you are interested in reading more about science and nature, check out Aimee Miles’ list of 50 books on nature and science or my list on books about nature and animals.