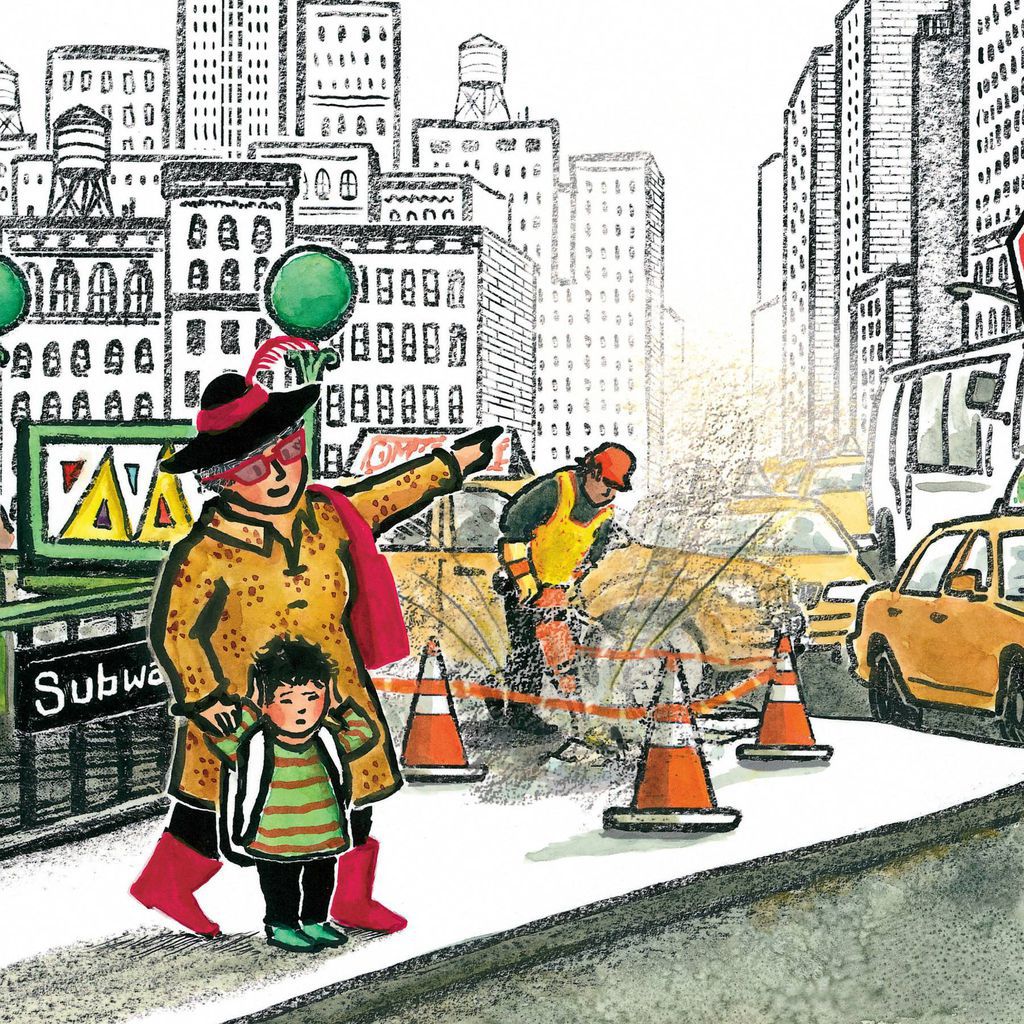 When you think of first books for children, the ones that will introduce them to a lifetime of turning pages, you probably think of things like Little Red Hen, Guess How Much I Love You, or The Very Hungry Caterpillar. In addition to being classics, what these books have in common is that they’re set in a pastoral, agrarian world filled with plants and animals. This isn’t the world in which the vast majority of young readers exist, though. It seems only fair that they be exposed to stories that take place in urban environments more like the ones they encounter every day.

Now, I wouldn’t recommend going as far as the Oxford Junior Dictionary has and replacing nature words like “acorn” with technological terms like “broadband.” By all means, maintain a healthy dose of the outdoors in your bedtime reading program, but remember that books with contemporary settings can be just as comforting and entertaining as their more traditional counterparts.

Last Stop on Market Street, written by Matt de la Peña and illustrated by Christian Robinson, is a perfect example. It follows a small boy as he follows his grandmother through a crowded city, wondering why things are the way they are: “How come we gotta wait for the bus in all this wet?” For this, as she does for all his questions, his grandmother has an answer: “Trees get thirsty, too.” Some people in the city have cars, but Nana points out that those people don’t get to ride the bus and meet all the different characters that her grandson does. Those other people with expensive headphones in their ears? They can’t hear the busker playing his guitar. By the time the pair winds up helping serve food at a soup kitchen, the boy has learned that there’s beauty in diversity and satisfaction in being a part of your community. It’s not a lesson that weighs heavily on the reader, though. This is primarily a tale of basic pleasures, exactly the kind a child will enjoy. In its simple profundity, and especially in its colorful cover art, it brings to mind The Snowy Day by Ezra Jack Keats, which is no bad thing.

Urban grandmothers must be having a moment, because among the Caldecott Honor books of this year was Nana in the City by Lauren Castillo. Somewhat like Last Stop on Market Street, it features a young boy’s excursions on the town with his Nana, but where the underlying theme of that book was broadly social, this one is about more personal issues. Castillo’s protagonist is a bridge-and-tunnel kid visiting the metropolis for the weekend, and he’s not too keen on the idea: “The city is loud. / The city is filled with scary things. / It is no place for a nana to live.” When she knits him a bright red superhero cape, though, he discovers bravery within and begins to embrace the place. Busy, yes, and also loud, but “filled with extraordinary things.” Castillo’s been making the ordinary extraordinary for some time now. If you get a chance, seek out an older book she illustrated, What Happens on Wednesdays—it’s a perfect encapsulation of a preschooler’s mentality as she goes about a typical day. it’s out of print now, but maybe this year’s honor will encourage her publisher to bring it out again.

There are big cities in the Antipodes, too, and Bob Graham is familiar with them. He’s an Australian writer and artist in the middle of a long career in children’s literature, one who employs a fairly cute and cartoonish style that’s somehow convincingly realistic at the same time. His technique is in full effect in The Silver Button, a book of small moments writ large. Just at ten o’clock in the morning, a baby stands for the first time while his big sister draws a duck. Outside the scale expands and the camera pulls back to show what else is happening around town—a jogger jogs, a soldier departs, office workers bustle, a tanker heads across the bay toward China. We see in a flash how big the world really is, returning through the window before the clock finishes striking the hour. Big sis finishes her drawing, mother hugs the baby, and the reading child understands the city can be just as nurturing a nest as the fields and farms of her great-great-grandparents’ generation. Reassurance and relevance—what could be better?