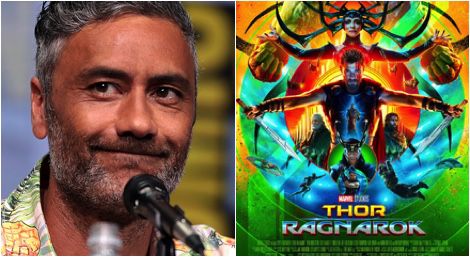 Kathleen Kennedy has done quite a number of brilliant things since becoming president of Lucasfilm. If current rumors prove true and she has offered Taika Waititi (Thor: Ragnarok, What We Do In the Shadows) directorship of a Star Wars film, that one is going straight to the top of the list.

Thoughts I have had since seeing those words cross my Twitter feed and during various chats with friends: 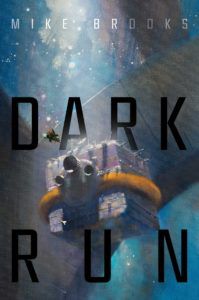 Waititi can craft a hell of a space opera, as those of us who have seen Thor: Ragnarok know. That world was full of gods and monsters, but smaller projects like What We Do In the Shadows suggests Waititi also has great facility for smaller, human stories and character development. Dark Run, Dark Sky, and Dark Deeds are the latter set in the former, individuals as important as (or perhaps more important than) the massive reaches of space in which they live. Waititi has also shown us his skill at having characters run the emotional gamut without allowing them to trip over into either mania or lugubriousness, and he has a fantastic ability to catch the nuance of micro-expressions (see Loki when Hulk turns out to be the Grandmaster’s champion), which is important for adapting a book in which many of the most important characters don’t say much. Waititi would definitely respect the diversity of the cast and really, can you think of a more perfect match for him than a main character named “Ichabod Drift?” Also, Apirana deserves someone who will love him aw much as we do.

(Necrotech and Nanoshock): While Waititi does’t make the most violent movies around, he doesn’t shy away from dirt, blood, and maiming when occasion calls, which makes the violence are the more impactful when it does occur. Violence is a part of main character Riko’s life (her job title is “splatter specialist” after all) but that’s not all there is to her. I think most directors would either focus on that a la Kill Bill‘s iconic fight scene or try to force Riko into a redemption arc. Which is not the course she’s on. While Riko comes to regret some choices she’s made, she is unapologetic about who she is and she has no desire to be anyone else. Most directors would be frightened off by that, but I think Waitit’s utilization of Loki as layered, loving, malicious, conflicted, egotistic, loyal, and, ultimately, insanely brave—if for his own reasons—is an indication he’d be the perfect director to bring Riko and company to the screen. Well, that and the Fenris vs. Hulk epic life smackdown on the Bifrost. It is a rare talent who can strike a balance between pathos, violence, bananapants absurdity, sex, hilarity, and snark; Waititi is one of them. Also, few male directors are as comfortable with women driving the story as Hela and Valkyrie suggest he is. 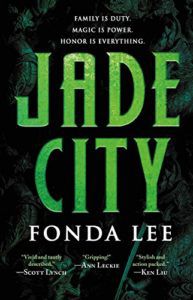 The Godfather meets wuxia with some magic tossed into the mix. This genre-bending book deserves someone with an eye for huge set pieces populated by larger than life characters who manage to remain individuals despite their stature and status. Characters seeking redemption of a sort but whose redemption isn’t necessarily grounded in the greater good. A family saga at least as vast as that of the Norse gods but grounded in the here and now, a reality only slightly off from our own, one that might just dance in our dreams or the corners of our eyes. It’s Waititi’s penchant for myth and legend that is somehow familiar and recognizable—even if it isn’t our own—and tackles the universals of the human experience without turning everyone into a faceless, undifferentiated lump that makes him my choice for the adaptation of Jade City. I can also see him handling the adult children coming-of-age element of Lee’s book without simplifying the associated emotions to selfishness and blind loyalty as many would be tempted to do. 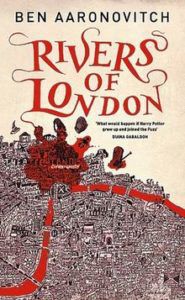 Replete with dry wit, the primary voice character, Peter, while nothing like Korg, feels similar in his gentle, chill approach to even the most bizarre and fantastical of events. Waititi seems comfortable enough in his own sensibility to take on a world in which magic, which most would see as extraordinary, is both fascinating and mundane, and also subject to reams of paperwork. A staid, buttoned up world (the world within the books, not the books themselves) begging to be rejiggered by a new generation, the Rivers of London books are the literary equivalent to what Waititi achieved with Thor. Which is not to say the stories are all fluff—there’s danger and pain and loss, all of which we know Waititi handles masterfully and honestly. 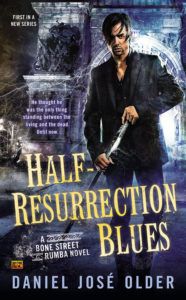 Waititi has done the living dead, why not the actual dead? And a few folks who are some of one and some of the other but definitely not zombies. I feel as though Waititi could bring a certain spark to conflicted Ghost Council enforcer, Carlos, and that he would absolutely fall in love with Kia and Baba Eddie. Plus, the things he could do with the bureaucracy beyond the grave…It’s like Sakaar but even more unlimited, while at the same time so rigid, it’s about to break under its own torque. New York is as much a character in this series as Asgard is in the Thor films, and Waititi has proven his ability to handle both the massive edifices and the soul of a place with a deft, careful, and yet somehow reckless (compliment) hand that suits the mood and tone of the Bone Street Rumba books perfectly. 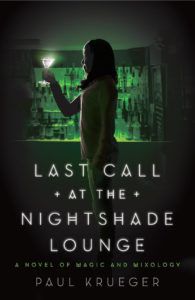 My friend Christopher Morse recommended this one; it’s been sitting on my shelf for over a year and shame on me. I don’t usually interrupt my immersion in whichever Expanse book has come out during a given first week in December, but I didn’t want to include this one without having delved at least a little bit and, I have to be honest: Persepolis Rising is hereby shelved until I’m through Nightshade because it is an absolute delight. Solid urban fantasy with a twist that’s both insane and compelling, this adaptation would certainly call for someone who can steer a baseline serious story with a whacky premise, steeped in humor, with out of control visuals and I think we all know who this person is. Also a fan of the Chinese-American protagonist, the diversity of the rest of the cast, and women in positions of authority. This would probably be a smaller, indie piece, but I don’t see Waititi turning those down just because he’s taken part in two of the most massive, famous, and lucrative franchises in film history.

Thoughts? Which book to screen adaptations would you like to see Waititi direct? Other directors you’d rather see for any of these? Other adaptations with directorial suggestions? Hit us up in the comments.