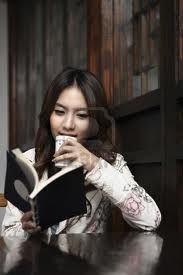 Among the notable holiday filled with hearts and flowers, February 14th is also Singles Awareness Day. Or S.A.D. Yes, it’s MEANT to be funny. As a professional single person – seriously, I’ve been table-for-oneing for so long they should just give me an honorary Ph.D. from Harvard – you can probably imagine how I feel about the more traditional of the two holidays celebrated in the middle of February. But my disdain for Valentine’s Day does not, as most people assume, have anything to do with loneliness or regret or anything else vaguely Sylvia Plath-y.

Nope, my wrinkled, up-turned nose is directly related to the vomitous assumption that being in a relationship is far superior to being single. This assumption is always brewing under the surface of most “smug marrieds,” but on Valentine’s Day, it runs rampant, much to the chagrin of happy “Singletons.” (Praise be to Bridget Jones). It is possible to be gleefully single, and still enjoy the hell out of Feb. 14th. I recommend taking yourself out for dinner, sending yourself flowers (or pairing with your favorite single friend and sending flowers to each other), and reading a good thank-goodness-I’m-single book.

The very best of these books come in two forms (and I’m speaking strictly on behalf of the ladies. You single men are on your own): Men Suck, I’d Rather Be Alone; and Women Rule, I Don’t Need No Stinkin’ Man.

While these categories are not mutually exclusive, generally they’re appropriate for very different moods. Some examples?

In the Men Suck, I’d Rather Be Alone category, you’ve got stellar classics like Neil Strauss’ The Game: Penetrating the Secret Society of Pick-Up Artists and the oh-so-enlightening I Hope They Serve Beer in Hell by Tucker Max. If these delightful non-fiction looks at misogyny aren’t enough to make you want to stay single forever, how about some fictional protagonists to encourage you along?

On the other end of the spectrum are the Women Rule, I Don’t Need No Stinkin’ Man books. These are the feminist, ass-kicking chicks we all have girl crushes on. Usually they’re the heroes of their own damn stories and the men in their lives either can’t keep up or are too pathetic to matter. The best of this genre:

So there you go. Over a dozen reasons why Singledom is so much more awesome than Smug Coupledom. I advise reading these with a solid background soundtrack of Fleetwood Mac and Aretha Franklin, at your kickass Table of One.