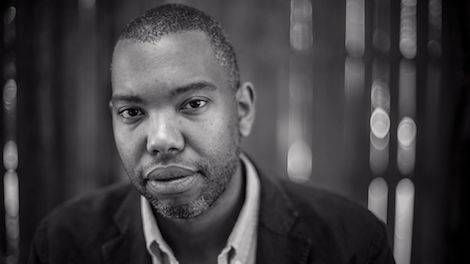 Ta-Nehisi Coates is one of the foremost voices on racial injustice in America and is constantly blowing readers away with his observations, and while he isn’t known for his optimism (his thoughtful examinations of America won’t end up plastered on uplifting tote bags), there’s no shortage of Ta-Nehisi Coates quotes to make you consider and reconsider America’s past, present and future. We’ve compiled the best ones for you. 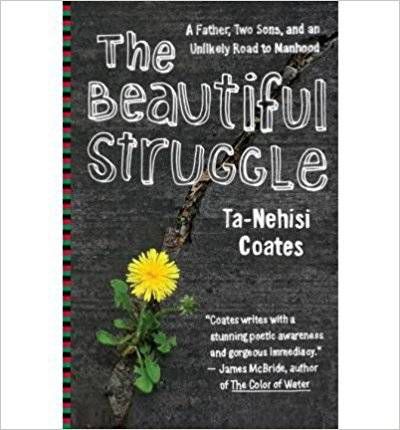 The Beautiful Struggle: A Father, Two Sons, and An Unlikely Road to Manhood (2008)

1.”What I came to understand was that the great democracy in this, and that what mattered to these boys was not so much what you came to the street with but how you carried what you were given.”

2. “Fuck what you have heard or what you have seen in your son. He may lie about homework and laugh when the teacher calls home. He may curse his teacher, propose arson for the whole public system. But inside is the same sense that was in me. None of us ever want to fail. None of us want to be unworthy, to not measure up.”

3. “We are the walking lowest rung, and all that stands between us and beast, between us and the local zoo, is respect, the respect you take as natural as sugar and shit. We know what we are, that we walk like we are not long for this world, that this world has never longed for us.”

4. “No matter what the professional talkers tell you, I never met a black boy who wanted to fail.”

5.  “I did not know then that this is what life is—just when you master the geometry of one world, it slips away, and suddenly again, you’re swarmed by strange shapes and impossible angles.”

6. “Americans believe in the reality of ‘race’ as a defined, indubitable feature of the natural world. Racism—the need to ascribe bone-deep features to people and then humiliate, reduce, and destroy them—inevitably follows from this inalterable condition. In this way, racism is rendered as the innocent daughter of Mother Nature, and one is left to deplore the Middle Passage or Trail of Tears the way one deplores an earthquake, a tornado, or any other phenomenon that can be cast as beyond the handiwork of men. But race is the child of racism, not the father.”

7. “And I saw that what divided me from the world was not anything intrinsic to us but the actual injury done by people intent on naming us, intent on believing that what they have named us matters more than anything we could ever actually do.”

8. “The Dream thrives on generalization, on limiting the number of possible questions, on privileging immediate answers. The Dream is the enemy of all art, courageous thinking, and honest writing.”

9. “The enslaved were not bricks in your road, and their lives were not chapters in your redemptive history. They were people turned to fuel for the American machine.”

10. “The entire narrative of this country argues against the truth of who you are.”

11. “Black people love their children with a kind of obsession. You are all we have, and you come to us endangered. I think we would like to kill you ourselves before seeing you killed by the streets that America made. That is a philosophy of the disembodied, of a people who control nothing, who can protect nothing…”

12. “I was made for the library, not the classroom. The classroom was the jail of other people’s interests. The library was open, unending, free.”

13. “To yell ‘black-on-black crime’ is to shoot a man and then shame him for bleeding.” 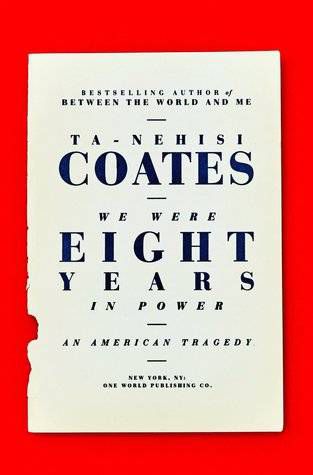 We Were Eight Years in Power: An American Tragedy (2017)

15. “I know now that hunger is a retreat from the knotty present into myth and that what ultimately awaits those who retreat into fairy tales, who seek refuge in the mad pursuit to be made great again, in the image of a greatness that never was, is tragedy.”

16. “Black people are not the descendants of kings. We are—and I say this with big pride—the progeny of slaves. If there’s any majesty in our struggle, it lies not in fairy tales but in those humble origins and the great distance we’ve traveled since.”

17. “The fact of Barack Obama, of Michelle Obama, changed our lives. Their very existence opened a market. It is important to say this, to say it in this ugly, inelegant way. It is important to remember the inconsequence of one’s talent and hard work and the incredible and unmatched sway of luck and fate. I knew it even as it was happening. I felt that I had not changed, but the world was changing around me. It was as if I had spent my years jiggling a key into the wrong lock. The lock was changed. The doors swung open, and we did not know how to act.”

18. “I knew, even then, that whenever I nodded along in ignorance, I lost an opportunity, betrayed the wonder in me by privileging the appearance of knowing over the work of finding out.”

19. “America had a biography, and in that biography, the shackling of black people—slaves and free—featured prominently. I could not yet draw literal connections, though that would come. But what I sensed was a country trying to skip out on a bill, trying to stave off a terrible accounting.”

20. “The Civil War is a story for white people—acted out by white people, on white people’s terms—in which blacks feature strictly as stock characters and props. We are invited to listen, but never to truly join the narrative, for to speak as the slave would, to say that we are as happy for the Civil War as most Americans are for the Revolutionary War, is to rupture the narrative.”

21. “The warlords of history are still kicking our heads in, and no one, not our fathers, not our Gods, is coming to save us.”

22. “Racism is not merely a simplistic hatred. It is, more often, a broad sympathy toward some and broader skepticism toward others.”

24. “I don’t ever want to forget that resistance must be its own reward, since resistance, at least within the life span of the resistors, almost always fails.”

25. “The civil rights generation is exiting the American stage—not in a haze of nostalgia but in a cloud of gloom, troubled by the persistence of racism, the apparent weaknesses of the generation following in its wake, and the seeming indifference of much of the country to black America’s fate.”

What are some of your favorite Ta-Nehisi Coates quotes?