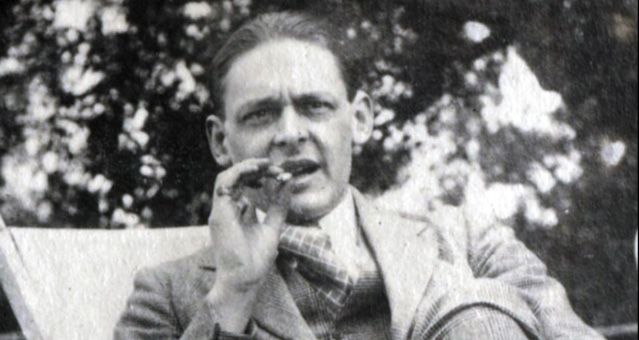 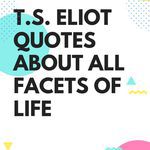 The poet T.S. Eliot needs little introduction. He conquered multiple genres in the field of literature and left a legacy of important life advice for all of us so that we don’t get reduced to ‘hollow men’. We are more connected technologically but deep down we’re all feeling lonely at the same time. What a paradox! Here is a list of T.S. Eliot quotes that provides a sense of solidarity about modern times of despair. 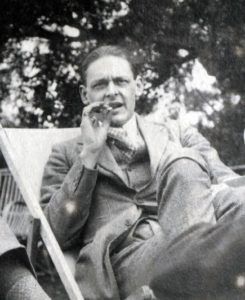 
And next year’s words await another voice.”

“Only those who will risk going too far can possibly find out how far one can go.”

—Preface to Transit of Venus by Harry Crosby

“To do the useful thing, to say the courageous thing, to contemplate the beautiful thing: that is enough for one man’s life.”

—The Use of Poetry and the Use of Criticism

“He who was living is now dead
We who were living are now dying
With a little patience.”

“As the soul leaves the body torn and bruised
As the mind deserts the body it has used.
I should find
Some way incomparably light and deft,
Some way we both should understand,
Simple and faithless as a smile and shake of the hand.”
—Prufrock and Other Observations

“There are three conditions which often look alike
Yet differ completely, flourish in the same hedgerow:
Attachment to self and to things and to persons, detachment
From self and from things and from persons; and, growing between them, indifference.”

“Your arms full, and your hair wet, I could not
Speak, and my eyes failed, I was neither
Living nor dead, and I knew nothing,”

“What day is the day that we know that we hope for or fear for? Every day is the day we should fear from or hope from. One moment Weighs like another. Only in retrospection, selection, We say, that was the day. The critical moment That is always now, and here.”

—Murder in the Cathedral

“I could not
Speak, and my eyes failed, I was neither
Living nor dead, and I knew nothing.”

“You are invulnerable, you have no Achilles’ heel.
You will go on, and when you have prevailed
You can say: at this point many a one has failed.
But what have I, but what have I, my friend,
To give you, what can you receive from me?
Only the friendship and the sympathy
Of one about to reach her journey’s end.”

—The Love Song of J. Alfred Prufrock and Other Poems