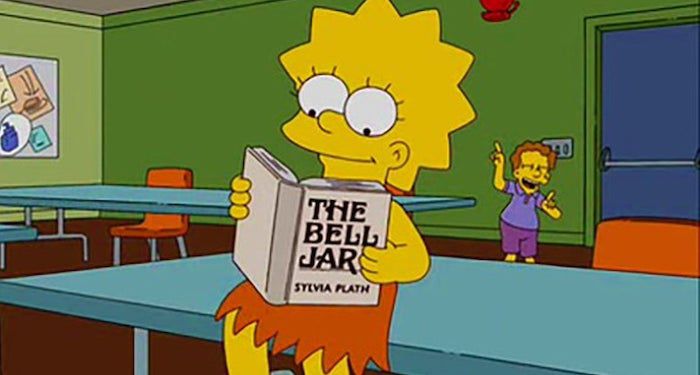 Content warning: this post discusses mental illness and suicide, including descriptions of insensitive depictions of these topics.

The poet Sylvia Plath’s legacy lives on in nearly every avenue of pop culture. There’s the literary world, of course, which has created many a Plath biography, or a collection of poetry inspired by her work, or a young adult novel set in an alternate Plath-inspired reality. More interestingly, though, there are many movies and songs about Plath, both in the form of biopics and as people who view her as a heroic icon or feminine ideal. The downside is that her legacy, according to pop culture, seems to only be about her mental illness and suicide.

In the real world, Plath only got to see one of her books in print — and it was under the pen name Victoria Lucas. After her death in 1963, The Bell Jar was reprinted with her name. All of her poetry collections and many journals and letters have also been published. Recently, her work and belongings have gone up for auction or live in museum exhibits. Last summer, her tarot deck sold for $206,886. Her wedding rings, family photos, and recipe cards were also part of the auction. It is only in death that her work garnered worldwide fame. And that is a bummer.

Sylvia Plath and her work are often used as an emblem for a certain kind of young woman — one with big emotions no one else can possibly understand. I am not exempt from this stereotype: As a gal who also latched on to The Bell Jar with her first reading at the tender age of 15, I used the poet as a signifier of my dark, emotional side, too. For many young people, Plath’s only novel is the first book that resonates deeply by talking openly about depression. With something that meaningful, it is inevitable to become a symbol of identity.

There are so many movies and television shows that use The Bell Jar as a prop to showcase the personalities of angsty teen girls: the most memorable being 10 Things I Hate About You, Heathers, Gilmore Girls, and The Simpsons. In the 2013 film Adult World, Emma Roberts plays a naive college graduate who thinks she’s destined to be the next Plath. She’s a dramatic no-one-understands-me kind of girl with a poster of Plath on her wall and, in one scene, she maneuvers her body in front of an open oven, seemingly trying it out for size.

In the music world, the references to Plath are more about her as a human. Lana Del Rey has a haunting and beautiful song “hope is a dangerous thing for a woman like me to have – but i have it” inspired by Plath. If I had to pick any modern artist to sing about Plath, it would absolutely be Del Rey, and this is lovely.

Following that gloomy, morose vibe is Ryan Adams with his song “Sylvia Plath,” about how he wishes he had a lover like Plath. The song has always creeped me out, and contains the most hilariously bland rhyme I’ve ever heard and cannot get out of my head: “And maybe she’d give me a bath / How I wish I had a Sylvia Plath.” I just. What?

During my most English major-y semester of college — around the time I told people that I kept a copy of The Bell Jar on display so anyone in my apartment would know what kind of girl I was (I know, I’m sorry, I hate myself, too) — I was obsessed with The Antlers and their song “Sylvia.” I played it endlessly, closing my eyes and letting the crescendos give me full-body goosebumps. The lines “Sylvia, get your head out of the oven / Go back to screaming and cursing / Remind me again how everyone betrayed you” read so harshly, but in song form, they’re unbearably powerful. An anthem rooting for a dead poet. It still gives me chills.

Fully leaning in to the image of depressed young woman, Belzhar by Meg Wolitzer is a stunner of a young adult novel inspired by Plath. It’s the story of Jam, whose parents send her to a boarding school in Vermont for a fresh start after some hard times. She lands in a magical class called Special Topics in English, where students journal deeply about what they’re reading, and Jam finds herself transported to Belzhar, a Bell Jar–inspired world where her dead boyfriend is still alive and no one can tell her she’s crazy. It is the kind of book my little teenage heart would have loved desperately.

But here’s the thing: there is so much more to know about Plath than her mental illness and death. She was a feminist and pioneer of confessional poetry, writing openly about her depressive episodes and psychiatric hospital stays. Her letters and journals show the many layers of her life and the mundanities and struggles of motherhood.

Let’s hope for more Sylvia Plath pop culture references in the future — and more of them that go beyond her mental illness, messy marriage, and death.

If you’re looking for any entry point into her work, be sure to check out our Reading Pathway to Sylvia Plath, or, perhaps, this list of the best Sylvia Plath biographies.

We also have an incomplete list of inappropriate references to Plath in television, including a scene in Gilmore Girls when Lorelai talks her daughter, Rory, out of writing about Plath for her college admission essay about someone she looks up to.