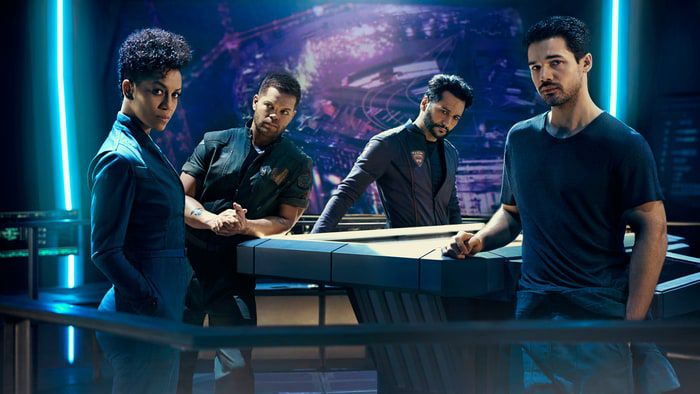 SyFy has cancelled The Expanse. According to various media sources, they’re going to “shop it around” to other outlets, but let’s be realistic here: why would a foundering network want someone else’s hands on their 100% Rotten Tomatoes rated show?

This. This is what we can’t have nice things, people. 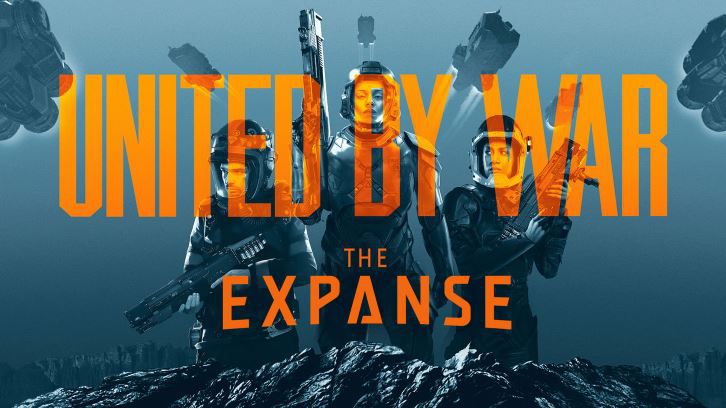 As most readers will tell you, it’s unusual for one of us to utter the phrase, “it’s as good as the book,” as regards a screen adaptation of One of Our Things. I’m closing in on 40 and I think I’ve said it once, maybe twice, in my life–but I said it about SyFy’s adaptation of one of my favorite written sagas. While the small screen version is definitely an adaptation and not a translation (character introductions are pulled forward, events shuffled, and the intrigue moving more quickly to present itself) of the ~ 3500 existing pages of book (with two more to come) but author/producers Daniel Abraham and Ty Franck, along with show runner Naveen Shankar, and a very talented writer’s room, have worked incredibly hard to give fans, old and new, a program that captures the vast, complicated, and fascinating spirit of The Expanse books.

Abraham and Franck (known collectively as James S.A. Corey) have used both of their platforms in ways that matter. Yes, The Expanse is a space opera. It is fiction. But it’s that very special sort of fiction which strives to reflect our society as it is by showing us the ways in which it has, and more importantly, hasn’t changed, as humans went out among the stars.  The Expanse, while spinning an action-adventure for the ages, also manages highlight often marginalized groups as various characters, both major and minor, interact with their world: Belters, viewed more as resources than people. The impoverished, living hand to mouth even as the work in the vacuum of space. Sex workers. Immigrants. Children.

While gender and race are less consequential in this imagined future than they are now, humanity continues to find plenty of reasons to look askance at, or down on, one another: Earthers treat Martians as though they were wayward children because they chose to leave the homeward. Both Earth and Mars look down on the Belt, where these who can no longer afford Earth and don’t have the skills be be “useful” on Mars go; where people grow up in in cramped stations and live dangerous, short lives in order to harvest the resources the inner planets need, and want, for their more “advanced civilizations.” Rather than play through, however, The Expanse confronts this uglier side of governments, of social groups, of societies, and of people in general. Even individuals who try to rise above are sometimes quick to anger, greedy, or too privileged to see the full consequences of their righteous indignation. The Expanse shows us the consequences of not only the darkness, but also the unconsidered light.

And yet the future The Expanse presents, while complex, and difficult, and imperfect isn’t bleak.

Even while showing us where we are lacking, it gives us hope.

The crew? Yes, James Holden is a white dude. The UN Secretary General is Latino. His undersecretaries are an Anglo-Indian man an Indian woman (when casting wanted to use a well known white actress for Avasarala, Abraham and Franck nixed it and refused to go forward until Shoreh Agdashaloo, who is Iranian, presented herself). The Roci’s pilot? A Martian by way of India. The brilliant engineer? A black, female Belter with a surname suggesting she has some Japanese DNA. Their mechanic and heavy? A street kid from Baltimore who managed to make it out with his body, if not is psyche intact. The botanist? A belter of Chinese origin. Dueling UNN admirals? Black and Vietnamese. The Secretary General’s spiritual advisor? A lesbian in a bi-racial marriage. The badass Marine is Martian-Pacific Islander. The big bad is Franco-Chinese. All of these characters were born in the books and made their way to the screen. All of them are layered and carefully developed. 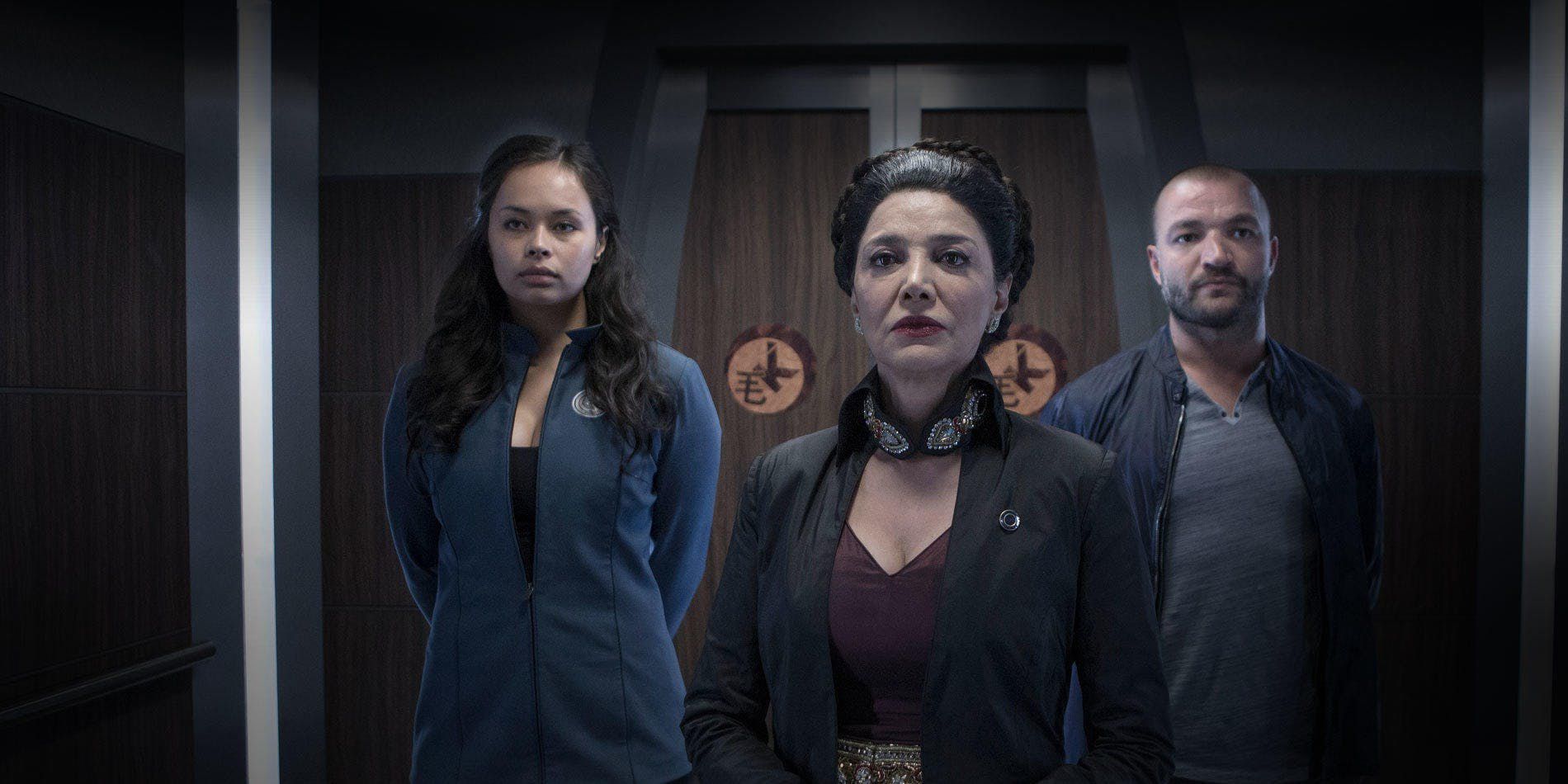 Finally, finally, a show about humanity where we actually see humanity. No one’s accent gets subtitled (and don’t get me started on how much that irks me). Every Belter is a polyglot, every local dialect including spoken and gestural language (they live a good chunk of their lives in space suits). Every configuration of human romantic relationship is visible (Holden, for example, has 8 genetic and actual parents while Havelock falls in love with a sex worker, who loves and is with him, but keeps her job because it’s her job. Military leaders serve on the basis of merit (or, fair enough, connection) not percentage of melanin and their crews do the same. There are no stereotypes here; only people.

In cancelling The Expanse, SyFy is wiping all of this out as surely as the protomolecule disassemble the Arbegast.

It also means one of few really excellent book to screen adaptations, goes unceremoniously into the ether, proving to readers and those involved in movies and television, that such projects aren’t a priority. That dashing off a quick, barely adjacent movie or series (looking at you, Venom) with marketing potential is preferable to a project that means something. It posits careful science and excellent writing for screen don’t matter and thus, diminishes the value of the books from which these stories come.

It means that stories highlighting diversity and the inner layers of humanity, fundamental greed and fundamental good, flawed and complete characters, aren’t welcome. 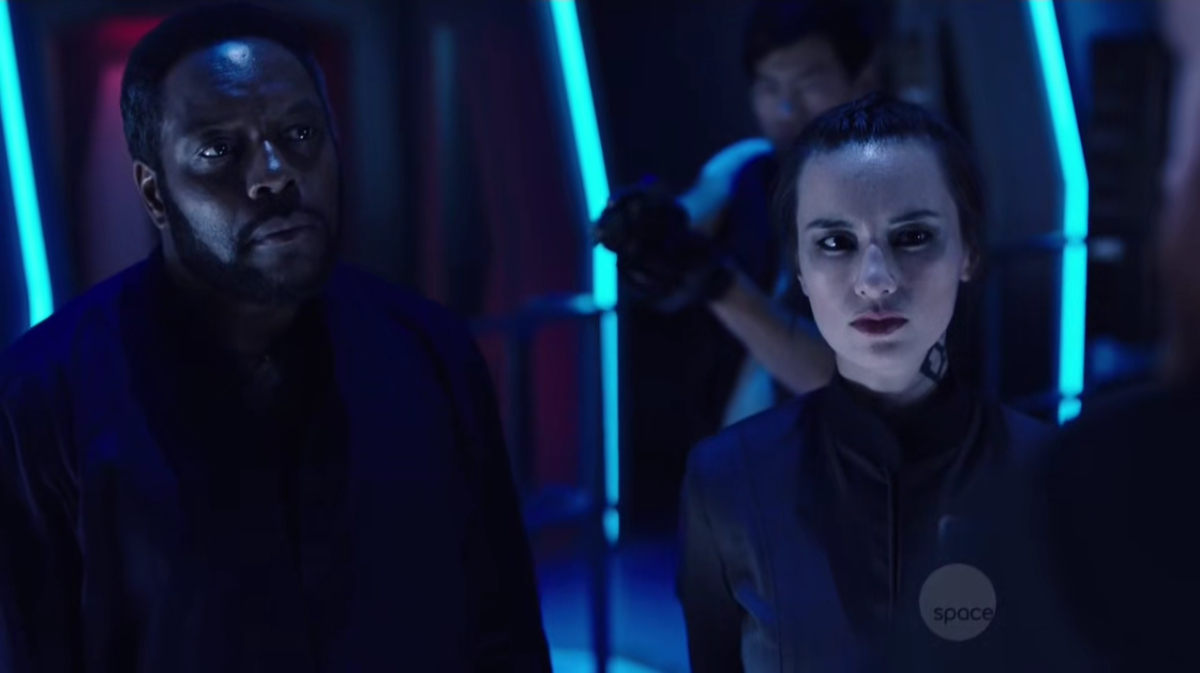 SyFy and I have a long, complex history. For a while, it was the only network I watched. Then, their programming got silly and we broke up for years. We reunited over Killjoys and then The Expanse. Now, The Expanse is, at best moving on and last season of Killjoys was pretty disappointing so… Fool me once, shame on me. Fool me twice and, well, that’s just more time for me to listen to stories that are worth time and brain space on audiobook and work on my Martian power armor cosplay.

Oh, and Netflix execs, if you’re reading this?