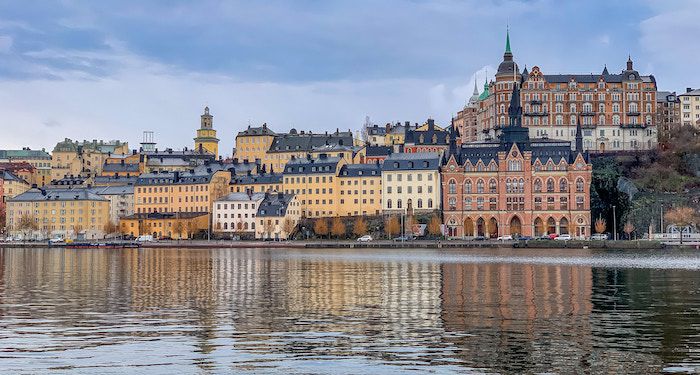 Scandinavian literature is famous for its crime novels and bleak landscapes. Perhaps most famously, The Girl With the Dragon Tattoo by Stieg Laarson, translated by Reg Keeland, took the world by storm (although Keeland still isn’t listed on the book’s cover). Published in 2005, it had sold 30 million copies worldwide by 2010, and was ranked by The Guardian as one of the 100 Best Books of the 21st Century.

But looking past Stieg Laarson, what Swedish books available in English translation should you read? Please don’t assume that all Swedish literature is cold crime investigation and psychological thrillers — you should know that childhood classic Pippi Longstocking, about the antics of a wild, strong, mischievous red-pigtailed girl, came from Swedish author Astrid Lindgren, translated by Florence Lamborn.

So in order to give you this list of grim dystopias and creative speculative fiction, of stark realist literary fiction and emotional contemporary literature, I drew from a variety of genres and authors.

Some disclaimers: Marginalized authors, particularly authors of color, are less likely to be published and also less likely to be translated, and there is an unfortunate lack of them on this list. (Please let me know if I’m missing someone crucial!). This is also a list of translated literature specifically: In Every Mirror She’s Black is a recent novel by Stockholm-based Nigerian American author Lola Akinmade Åkerström, but it was written originally in English.

Over the past month, I have read, read, and read in order to recommend you these 11 Swedish books available in English translation, and I have loved every minute of it. So get reading!

Please note that while I took great care to list content warnings where I could, sometimes things fall through the cracks. Please do additional research on the recommended titles if needed. 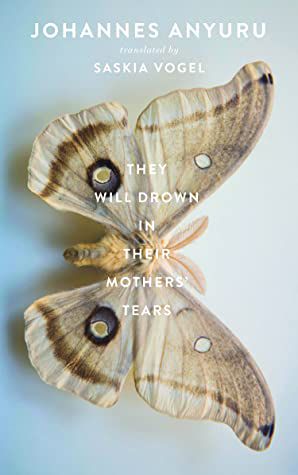 They Will Drown in Their Mothers’ Tears by Johannes Anyuru, Translated by Saskia Vogel

Annika claims to be a woman from the future. Yes, she did take part in an act of terror, but that was before she remembered and tried to set it right. Yes, she does sometimes remember how to speak Annika’s language, but Annika’s body is not actually her own. She is a young girl from a future where Islamophobia has become a legal, contracted part of being a citizen of Sweden, in which people disappear constantly for being enemies of the state. As the protagonist, a writer, hears more of her story, he begins to believe her. He has to decide what future he wants to believe in, and what it means for the future of his wife and child. It’s a book of intense emotion and burning questions with searing answers. Is she really from the future? And if she is, did she actually manage to change it? 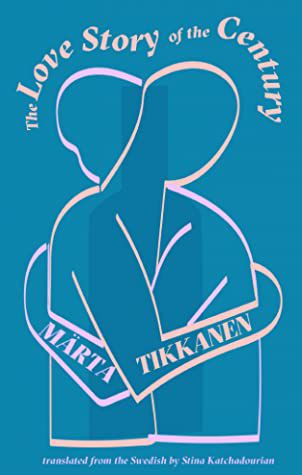 The Love Story of the Century by Märta Tikkanen, Translated by Stina Katchadourian

Tikkanen’s novel in verse is a profound and painful story about a woman struggling with her alcoholic husband. It’s a book about the painful impact of substance abuse on a family, a book about love, fear, and violence in a relationship, a book about resilience and anger. “What sort of influence do I have on you / when I’ve made you believe / that all the thoughts I think / are against you? / How can you have gotten the idea / that my road to freedom / goes over your body?” writes Tikkanen in his painfully honest, rich book that is finally freshly available in English translation. 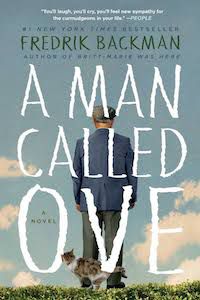 Ove is a grumpy old man who lost his wife six months ago and is planning to die by suicide any day now. But things keep getting in the way. The new neighbors drive a trailer into his mailbox. A teen doesn’t know how to repair a bicycle. A stray cat is attacked by some neighbor’s mean dog. It’s a vivid book about a man who has lost a lot, who has fought, especially against the “white shirts” or bureaucracy, for everything he has. As he grudgingly takes care of the Cat Annoyance and connects with neighbor Parvaneh, his barriers begin to crack and his death continues to be postponed — until, one day, the “white shirts” threaten one of his neighbors, and he decides enough is enough. It’s a feel-good, touching story about grief, love, and growing old.

Content warnings for fatphobia and suicidal ideation, planning, and attempts. 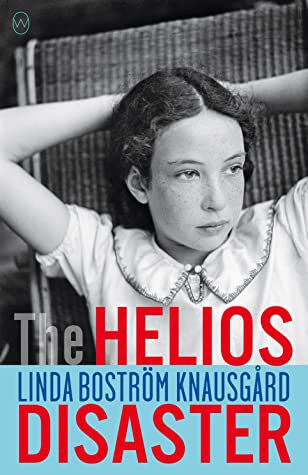 In this poetic, strange book, Knausgård gives us a retelling of the birth of Athena. Young Anna bursts from her father’s skull in full armor and is promptly discovered and sent into a foster care family, her father institutionalized. In her new house, she slowly becomes part of the family, buying candy for her new brothers and learning to ski and split wood. But one day, she discovers that she can speak in tongues, a wild unleashing of language that the church begins to leverage even as it exhausts her. The book is intense and psychological, as people try to get to the bottom of who Anna is and what is causing her deep depression and silence, as she tries to gain control of her own body and mind. 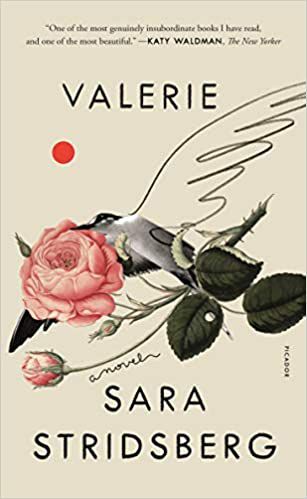 Valerie, or The Faculty of Dreams by Sara Stridsberg, Translated by Deborah Bragan-Turner

In 1968, radical feminist and self-titled man-hater Valerie Solanas, author of the SCUM manifesto, shot Andy Warhol. Twenty years later she would be found dead in a grimy hotel room in San Francisco. In this book, Stridsberg dives into her life in a fantastical and confused rambling narrative that aims to reconstruct a queer, bold, sex-working woman who was built around anger and heartbreak. Through this tough story in which Stridsberg fully admits she can’t know everything, she is nevertheless able to bring together a vision of this difficult woman’s persona, and give her an unapologetic voice. 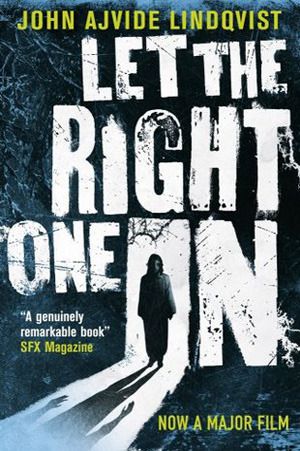 Let the Right One In by John Ajvide Lindqvist, Translated by Ebba Segerberg

This iconic bestselling 2004 novel, famously adapted into film, features a 12-year-old boy named Oskar meeting centuries-old child vampire Eli. It first starts when a body of a teenage boy, emptied of blood, is found in the suburb of Blackeberg. Oskar quietly hopes that it might be a reckoning for the bullies who torture him at school — meanwhile, he’s befriending his new, strange neighbor who only comes out after sundown. The horror novel is an absolute mainstay in the vampire genre, and it’s a great book that ties the supernatural into a weave of issues around coming of age, violence, bullying, family issues, and other emotional turns. 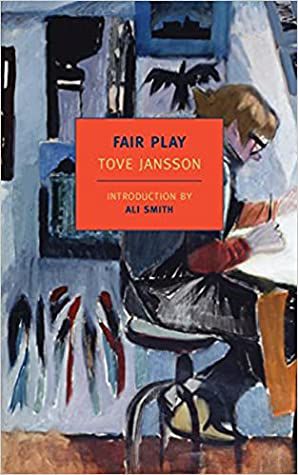 “History will call them: close friends, besties, roommates, colleagues — anything but lovers — history hates lovers…” The creator and illustrator of the Moomins, Tove Jansson, “lived alone.” Or so her bio said. Except her home was connected via attic to the house of her long-term, committed sapphic love, graphic designer Tuulikki Pietilä. Fair Play tells a story that’s very similar to that of Tove and Tuulikki. Jansson presents a series of vignettes about Mia and Jonna, two women connected by an attic, who spend their summers at an island home, giving each other the independence they need, arguing, making peace, and overall showing their quiet, understanding love, all while creating and making art. 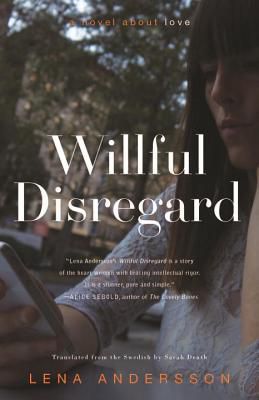 Writer Ester Nilsson thinks she’s a pretty reasonable person. She’s sensible and sure of herself. She’s in a comfortable relationship that she thinks is quite safe and going quite well. But when she gives a lecture on artist Hugo Rask, and the artist himself appears in the audience, she discovers that she’s not as sensible as she thought she was. She falls head over heels into unrequited love, and despite always seeing herself as such a careful person, she now throws herself completely into this destructive, determined love, a deeply misguided surrender that sows suffering wherever it goes. We aren’t always meant to sympathize with Ester — but as she deals with this obsessive imbalanced love, she interrogates what love is and should be, and the philosophical questions are thoughtful and interesting. 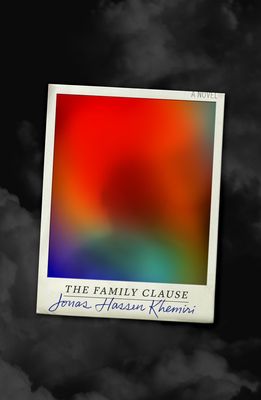 A grandfather is coming to visit his children: his son, now a father who feels constantly scrutinized by his working wife and by other parents, and his daughter, who finds herself pregnant in a relationship she was determined to keep casual. The grandfather is impossible to deal with, self-centered and judgmental. Both his children dread his chaotic arrival into their lives. This novel is a fantastic look into the fraught memories and difficult relationships between parent and child, loaded with loss, grief, and generational difference. It’s touching, painful, and rich. I particularly related to the son’s struggle to feel like he is enough as a father, even as I grated against his unfair reactionary arguments with his girlfriend. It’s a rich and vivid book from a fantastic author. 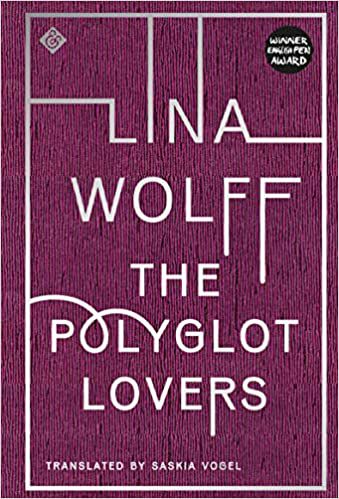 The Polyglot Lovers by Lina Wolff, Translated by Saskia Vogel

This witty, exciting book won the 2016 August Prize, Sweden’s most prestigious. In it, Ellinor finds herself stranded in a snowstorm in Stockholm, trapped in the center of a weird argument between an ex-wife, a literary critic, and author Max Lamas, who is on his way to Italy, dreaming of a polyglot lover who will understand him in any language. Through Lamas, Wolff explores the psyche and actions of a misogynistic jerk, a desperately unlikable protagonist who puts himself first in sex and in his writing, before plunging into the impact of his misogynistic and exploitative choices. 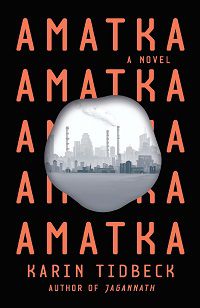 We open with Vanja, a woman on her way to do market research in the colony of Amatka. In the grim dystopia that Vanja lives in, every item must be “marked” often, or named, to keep it what it is. You must name your pencil, a pencil, now and then, and never call it anything else, or it could dissolve into sludge. People who aren’t careful to do so risk being labeled dangerous and taken away. Glimmers of how this quietly terrifying world came to be peek through the cracks as Vanja falls for housemate Nina and makes tentative friends with retired doctor Ulla and the local librarian. And then things begin to get interesting. It’s a spectacular work of speculative fiction, originally written in Swedish and then translated into English by its author.