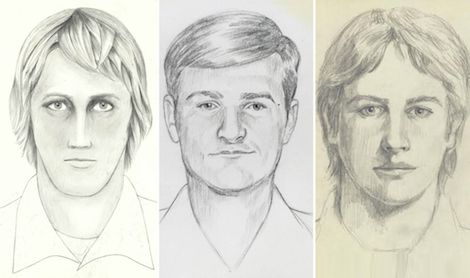 The title of I’ll Be Gone in the Dark: One Woman’s Obsessive Search for the Golden State Killer originates from the Golden State Killer himself, a man responsible for an estimated 50 rapes and 12 murders between 1976 and 1986, who told one of his victims, “You’ll be silent forever, and I’ll be gone in the dark.” Yet the quote takes on a heart-wrenching subtext when applied to the book’s author, Michelle McNamara, who passed away in her sleep almost two years before its completion and release. McNamara was an icon in the true crime world, responsible for giving us True Crime Diaries, a website where she investigated and reported unsolved crimes, and she even gave the Golden State Killer his name (he is also known as the Original Night Stalker and the East Area Rapist, among other monikers).

Now McNamara has given us another gift: I’ll Be Gone in the Dark.

Prepared from McNamara’s partial manuscript, published articles, and extensive notes, I’ll Be Gone in the Dark delves into the mystery of the Golden State Killer with an obsessive level of detail and an enthralling style of writing. Her research is so thorough that she could tell you how many boys’ names in the 1930s and 40s started with the letter “N,” all because the Golden State Killer once stole a pair of cuff links with the initials “N.R.,” and she thought that if she could find the cuff links, they might just lead back to him.

McNamara describes her obsession with the case in the prologue. “The hook for me was that the case seemed unsolvable. His debris field was both too big and too small; he’d left behind so many victims and abundant clues, but in relatively contained communities, making data mining potential suspects easier. The case dragged me under quickly. Curiosity turned to clawing hunger.”

McNamara’s writing evokes that same obsession and clawing hunger in her readers, and her extensive research gives us a jumping off point for our own amateur sleuthing. Investigative journalist Billy Jensen, who was a friend of McNamara and helped to assemble I’ll Be Gone in the Dark after her passing, said during an event at Skylight Books in LA (which you can listen to on episode 115 of the My Favorite Murder podcast), “Nobody wants to be a spectator anymore in true crime. Everybody wants to be a participant, and the ultimate participant would be to solve a murder. Even more than that, the grand slam home run would be to solve this one.”

It was McNamara’s mission to solve the Golden State Killer case, and by extension it has become the mission of her readers. This is why it is so satisfying for so many people that an arrest has finally been made for these crimes, after four long decades of investigations. Seventy-two year old Joseph James DeAngelo, a former California cop, faces capital murder charges after his DNA was linked to DNA evidence from some of the Golden State Killer’s crime scenes.

This arrest comes only two months after the release of I’ll Be Gone in the Dark, and though it’s bittersweet to think of the case coming to close without her, a conviction for the Golden State Killer would also be the realization of McNamara’s life’s work. During the event at Skylight Books mentioned above, McNamara’s husband, comedian Patton Oswalt, commented on  this paradox. “Having the book done is another part of her that’s kind of gone. In a very sick way, not having the book done and us working on it meant she was still here, and then if he is caught that will be very bittersweet. She’ll never know, but that’ll be another part of her gone.”

Following the arrest, Oswalt posted a triumphant video on Instagram in which he said, “I think you got him, Michelle.”

#GoldenStateKiller #IllBeGoneInTheDark #MichelleMcNamara One of the more surreal days of my life. We’ll be watching the press conference at 3pm EST. Looks like they got him. #stepintothelight

And in a later tweet, Oswalt wrote, “If they’ve really caught the #GoldenStateKiller I hope I get to visit him. Not to gloat or gawk — to ask him the questions that [Michelle McNamara] wanted answered in her “Letter To An Old Man” at the end of #IllBeGoneInTheDark.”

If they’ve really caught the #GoldenStateKiller I hope I get to visit him. Not to gloat or gawk — to ask him the questions that @TrueCrimeDiary wanted answered in her “Letter To An Old Man” at the end of #IllBeGoneInTheDark. pic.twitter.com/32EHSzBct5

If you’re curious about the questions McNamara posed in “Letter to an Old Man” and you want to know just how monumental this arrest is, pick up a copy of I’ll Be Gone in the Dark and get reading!