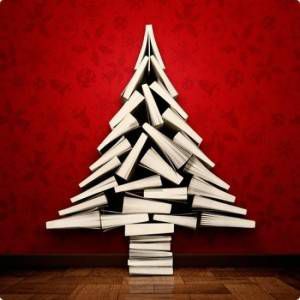 It’s that time of year again. Time to light eight nights of candles and latke the good times roll! Or, time to choke on your roasted chestnuts when Uncle Jimmy tells his first-but-certainly-not-last off color joke of the holiday season. In any case, here are five miraculous tales of survival that will make you glad to be going no further than Scranton or Santa Fe to get your nog and pumpkin pie fix. 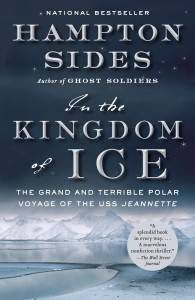 In the Kingdom of Ice: The Grand and Terrible Polar Voyage of the USS Jeannette by Hampton Sides

It’s 1879 and nobody knows what’s at the North Pole, so George Washington de Long sets out to discover it. The voyage very quickly turns tragic when his ship, the USS Jeannette, becomes entrapped in the ice of the Arctic Sea and is destroyed 1,000 miles from the nearest civilization, which also happens to be Siberia. Kind of makes being squeezed around a folding card table full of your relatives seem positively luxurious by comparison. 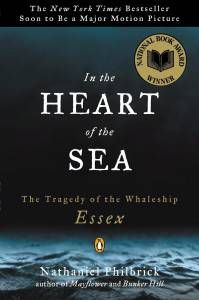 In the Heart of the Sea: The Tragedy of the Whaleship Essex by Nathaniel Philbrick

Here’s the thing—if you go chasing whales in a boat, eventually you’re going to get rammed by an angry sea beast. This is what happened to the Essex, a vessel that sailed out of Nantucket in 1820. Philbrick tells the true story that Herman Melville based the novel Moby-Dick on, and it’s not a pretty one. The wreck left the crew so desperate for nourishment that they resorted to cannibalism, so be thankful all you had to pretend to like this Thanksgiving was your sister-in-law’s dry turkey. 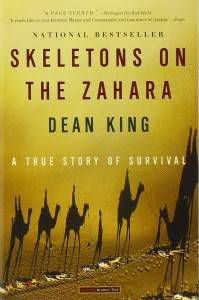 Looking for a happier ending than dudes getting eaten by their crew mates? Then this story of the Connecticut merchant brig Commerce could be for you! In 1815, the ship wrecked off the coast of Africa and its officers and crew were kidnapped by bands of nomadic tribes in the Sahara desert. Cleverly, the sailors managed to persuade their abductors that, as kidnapped Americans, their survival would fetch a handsome ransom, and they convinced the tribes to take them to the nearest city where they could contact a consulate and arrange for the transfer of buckets of ducats. After suffering dehydration, near starvation, and living off of the occasional oasis and camel milk, they were eventually rescued. For the rest of their lives, they left camel’s milk and cookies out for Santa. 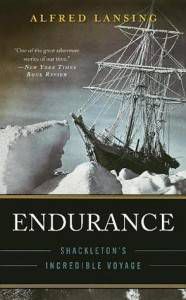 Ernest Shackleton wanted to cross Antarctica on foot. Why? I don’t know; it sounds like a terrible idea. But in 1914 he set off in his ironically-named ship, the Endurance, which promptly became locked in ice, and ultimately crushed. For months the crew drifted northwest with their crippled boat, camping on pack ice and eventually leaving the ship altogether, then traversing ice floes and hunting seal and other odd sea creatures for survival until they could find their way back to civilization. Everybody lived because Shackleton was a badass. He didn’t even have a red-nosed reindeer to light his way. 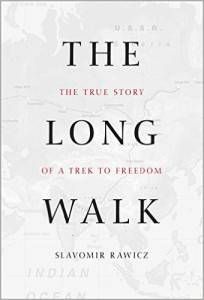 Rawicz was one of seven unjustly imprisoned multinationals who escaped from a Siberian gulag in 1939 and walked to freedom (as the subtitle would imply). So, in case you thought The Shawshank Redemption was cool, please note that after these guys escaped the prison, they were still in the middle of nowhere and would have to cross through China, the Gobi Desert, Tibet, over the Himalayas, and into British India before they were done. They walked through freezing cold forests, mountain ranges, deserts, the whole kit and caboodle, living off of snakes and the kindness of native people. So this New Year’s Eve when you’re trying to hit four parties and cursing Uber for its surge pricing, just be glad you don’t have to WALK OVER THE HIMALAYAS TO GET TO THE CHAMPAGNE.