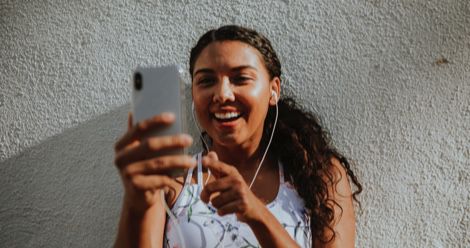 Sponsored by our giveaway of $100 to spend on YA lit!

Half of all Americans over the age of 12 have listened to an audiobook in the past year, according to a new consumer survey and research report from Edison Research and Triton Media, conducted on behalf of the Audio Publishers Association. This is up from 44% of in 2018. The further penetration can be attributed to more users listening in cars. According to the new report, 74% of audiobook consumers listen in their car, up from 69% in 2018, and 19% percent of Americans age 12 and older have access to an in-dash information and entertainment system in their (or their family’s) vehicle, up from 15% last year — of those, 62% who have in-dash systems have listened to an audiobook.

Home listening is second most popular way of listening to audiobooks, with 68% of respondents saying they listen at home, down from 71% in 2018. The survey revealed that 42% of audiobook listeners age 18 and older own a smart speaker (Alexa or Google Home device, for example) and of those, nearly one-third are using them to listen to audiobooks.

Becoming an audiobook listener changed my reading life and I love seeing it growing in popularity.

“Readers are speaking up about what they want to see in the world,” said Mia Sosa, author of the Latinx and African-American love story “Crashing Into Her: Love on Cue.”

Marissa Backlin and her mother, Roseann, are slated to open a romance bookstore in Tinley Park in June. As a special education teacher, Marissa Backlin said she would love to see more stories featuring people with disabilities that aren’t all about pain, tragedy and ableism.

“Everyone deserves a happily ever after, regardless of race, cultural background, sexual identity or physical ability.” Could not agree more!