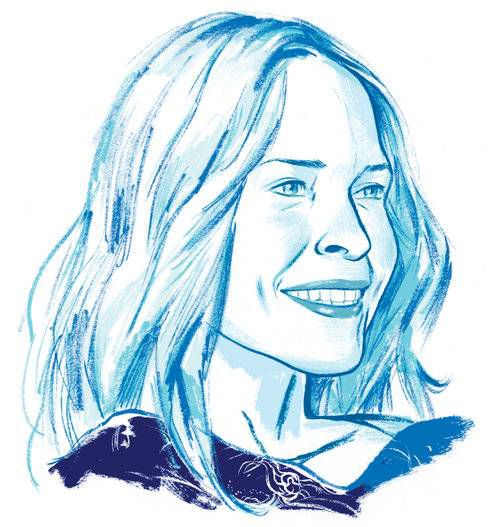 Recently, The New York Times’s book section had Chelsea Handler as their featured author. After double checking that I had seen my newspaper correctly, I had some feelings about this selection. Listen, Chelsea Handler has written books, so technically she is an author. I’m sure they’re funny – I think she’s funny. I’ve enjoyed other celebrity books (I gobbled up Mindy Kaling’s Is Everyone Hanging Out Without Me? last year). But, I question whether celebrity authors should be the featured author in the book section of The New York Times. Let me tell you why…

To start, it sets a bad precedent. Back in the 1990s Vogue started using celebrities on their covers. Today, there are no more models on the cover of Vogue, they’ve been phased out. Oooooh poor models… no, stop, that’s not what I’m saying. What I’m saying is that celebrities sell, so when publications start using them it’s hard to go back to something that doesn’t make as much money for the company. Why is this bad? It forms our culture. Whether you care about Vogue or not, your world is indeed influenced by what happened with their covers (it caused other publications and companies to follow suit). If you don’t believe me, I’d like you to consider that in multiple searches on Google I’ve found that Barack Obama’s peer group of top influencers on social media includes four of the Kardashians. You just read that the Kardashians are just as influential to the public as the president of the United States of America, and it probably didn’t faze you. We’ve given celebrity a ridiculous amount of power in this country.

For argument’s sake, it was brought to my attention that The New York Times might be trying to live up to their promise to cover more female authors (even if their chosen path is condescending). Point taken. It can most likely be agreed upon, however, that it is patronizing to act like women are interchangeable; as though all humans with a vagina are the same. We do not even equate Tucker Max (who is, by trade, originally an author) with, say, John Irving, which is demonstrated by the fact that they don’t get the same kind of respect in literary news (this point not being about their writing ability and whether or not they should get the same respect, but rather that we don’t treat all men as equal just because they are men). This is not a gender rant, but I address the issue lest it become one.

I read The New York Times, I will not stop reading The New York Times. I like Chelsea Handler and will maybe someday even read one of her books – I’m sure she’s a fine writer. However, giving valuable paper real estate to celebrities who happen to write books over writers strikes a chord with me. I would rather see an Emma Straub or an Ann Patchett be featured. My feelings about this are less about Chelsea Handler specifically and more about celebrities in general. I know this is a topic we won’t all agree on, and it’s one that seems to have some blurred lines, so tell me – where do you stand on this issue?