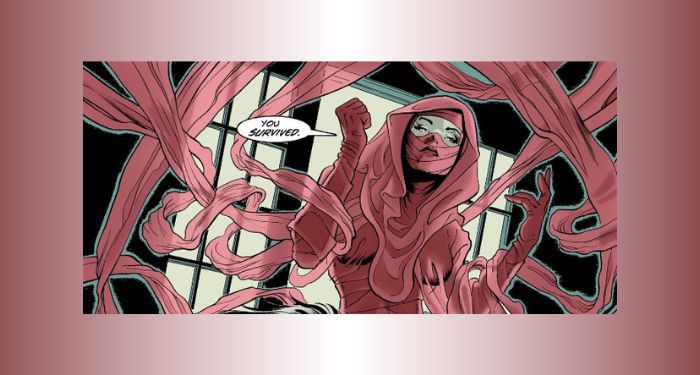 What is a superhero without a supervillain? Not much. Some supervillains, however, are worth a lot more than others. I have therefore decided to spotlight some lesser-known villains. Are they underrated gems or irredeemable losers who deserve to be forgotten? You decide!

When I’m scouting around for villains to profile, I make sure they’ve made a decent number of appearances so I have enough material to write an interesting article. But every once in a while, I stumble across a fun character who only appeared once before vanishing forever. Today, I pay tribute to these ultimate losers with the Profiles in Supervillainy One-Shot Special!

Below you will find brief profiles of five villains who had one chance to make their mark and (for the most part) blew it. Normally in this series, I end by explaining why the spotlighted villain should or should not make a comeback. Today, I’m going to get that out of the way early: yes. With one possible exception, all of these losers deserve a second chance. You can make that my Christmas present this year, DC and Marvel.

This 58th century magician with the funky name once tried to take over Earth by hypnotizing some generals to do his bidding. As he only appeared once, we tragically never find out anything about his past. All we know is that he is so jealous of GL being named solar director instead of him that he decided to stage a rebellion.

What’s that about a solar directorship, you ask? As off-beat as Aldebaran is, he is overshadowed by the circumstances under which he meets our green gladiator. This was during a period when 58th century humans, unable to find anyone capable of leading them in their own time, yanked Hal into the future, mind-wiped him, gave him the new secret identity of Pol Manning, and tricked him into defeating all types of villains on their behalf before sending him home none the wiser.

Green Lantern defeats him by bringing a statue of himself to life and having it punch Aldebaran in the face.

The name alone nets this guy a gold star. Ding-Dong Daddy Dowd runs a hot rod shop that pays teens exorbitant amounts to drop out of school and build his custom cars, which he sells to crooks who need tricked-out wheels. After tangling with a robotic gas tank, the Titans expose his plot and convince the teens of Genericville, U.S.A. to stay in school. Like, isn’t it marvy, cool cats?

Including this character is a bit of a cheat, as he reappeared in the Teen Titans cartoon and Teen Titans: Year One, a retelling of the team’s early days. He also popped up in Titans Hunt under the name D-Daddy, but I refuse to acknowledge this. Either embrace the camp or get out.

After her father’s formula for a new “miracle cloth” was stolen, Sylvan Scofield took revenge by dressing herself in that cloth and using it to murder the millionaire-thieves. Said cloth becomes a part of the wearer, allowing Sylph (or, theoretically, anyone) to use it as extra appendages and even weapons. She’s like Doctor Octopus, but prettier. (Cue the Alfred Molina stans yelling at me in my DMs.)

Though she appeared to die by suicide at the end of her sole adventure, it was later revealed that she escaped. For all we know, she is still out there, waiting to kill the one millionaire who escaped her — or Nightwing, who stopped her in her tracks.

A tuatara is a type of reptile found in Aotearoa (New Zealand). It is this type of reptile that Araoha Tepania is bonded with, allowing her to transform from a human to a giant tuatara that could give the Hulk a run for his money. This comes in handy when she is recruited to kidnap and control various scientists — including Tony Stark — for villainous purposes.

After she escapes, Iron Man says he hopes he sees her again because they have “unfinished business.” Tough luck for him — and us, because she’s a badass.

One other note: We never learn anything about Tuatara’s backstory, but given her darker skin tone, the markings (tattoos?) on her face, and her last name, she seems to be Māori. I confess I know nothing about this culture, so I don’t know how respectful this portrayal is. (Does it mangle some important cultural element? Did they ignore the culture all together and just smash disparate elements together?) I’d want to know more about this before declaring whether or not she deserves to return.

We’re ending on a high note here. Codpiece’s origin story is exactly what you’d expect: insecure about his size and angry with the lack of attention from women, this genius invents a giant codpiece with various functionalities and commits crimes with it. You may also have seen this dink in the Harley Quinn cartoon, which seems about right.

More noteworthy than Codpiece himself is who defeats him: Coagula, DC’s first trans superhero. I have to imagine that having a confident, out-and-proud queer woman outsmarting an insecure, entitled, cishet manbaby was an intentional bit of symbolism.