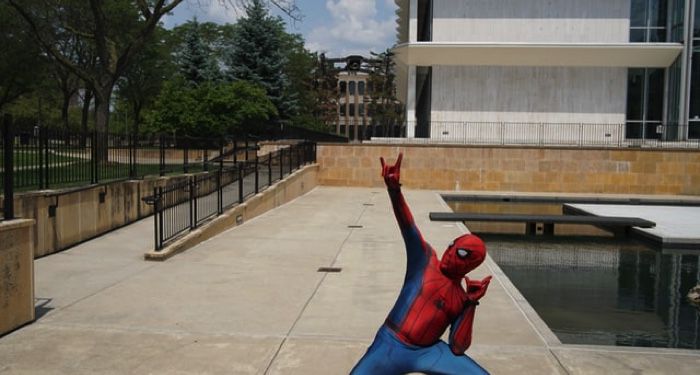 Music can be used to convey just about any thought, theme, message, or emotion you can possibly imagine. For some reason, most people choose to sing about love, which is fine, I guess. But then there are the musicians who decide to write about superheroes instead, which I can personally really appreciate.

I appreciate it so much, in fact, that I decided to outline some of the most common tropes that superhero-themed songs (as opposed to superhero theme songs, which is what we’ll talk about first) fall into. This isn’t meant to be a comprehensive list, but rather a brief introduction to the topic based on my personal observations.

Like with many superhero-related things, this topic is pretty homogeneous: most of the artists and the heroes they choose to sing about are white men. I didn’t take a survey of every superhero-related song ever recorded (though I did ask my fellow Rioters for suggestions, some of which made it into this post), so I don’t know for sure if this is due to my musical tastes or if it’s a general trend. In any case, let’s put our headphones on and hit the Play button on this whirlwind tour of superhero music references!

While modern cartoons seem to eschew theme songs, older shows inevitably needed a fast, punchy anthem to get viewers excited. A lot of these are instrumentals (Justice League Unlimited is still the gold standard, and I will fight you on this), but others have lyrics about the greatness of the character you are about to witness, including Spectacular Spider-Man and Teen Titans.

Movies occasionally get a good superhero theme in there, like Queen’s “Flash” (from Flash Gordon) and Vanilla Ice’s “Ninja Rap” (from Teenage Mutant Ninja Turtles II), which is somehow not the worst song I have ever heard.

Black Sabbath’s “Iron Man” is a weird example: it’s not about the superhero at all, but it became closely associated with him after 2008’s Iron Man used the song over the end credits.

A lot of songs namedrop superheroes in order to unfavorably compare someone (either the singer or the person they’re singing about) to that hero. So many songs mention Superman just to highlight the singer’s own un-super qualities, from Five for Fighting’s “Superman” all the way to Lazlo Bane’s “Superman,” AKA the Scrubs theme song.

This is done to emphasize the singer’s ordinariness or humanity: they don’t have any superpowers, but they’re doing their best and they really like you, so give them a chance, huh?

While a lot of superhero references in songs are self-deprecating, some are more positive, in which the singer claims to be (or at least feel) as powerful as a superhero.

Krystal Harris’s “Supergirl,” Stefania’s “SUPERG!RL,” and Demi Lovato’s “Fire Starter” fall into this category: they all feature the singer declaring that they are a superhero and therefore have the confidence and power to get what they want. Jim Croce’s “You Don’t Mess Around with Jim” features a weird example by saying that confronting the title character, a violent bully, is the same as tugging on Superman’s cape and unmasking the Lone Ranger.

“Anpanman” by the unstoppable BTS is somehow both an “I’m super too” song and an “I’m not super” song. They admit they may not be Superman, but they can at least be Anpanman, a popular Japanese superhero for children.

In the 1960s, Batman was THE superhero, so he unsurprisingly made a lot of appearances in other media. The actors from the Batman TV show even recorded singles, though they absolutely should not have. Here is Burt “Robin” Ward singing a song — and I use both verb and noun very loosely — called “Boy Wonder I Love You.” I wouldn’t play it, though. Seriously. Stick with “Jingle Bells, Batman Smells.”

Snoop Dogg paid homage to the ’60s series with an actual song, “Batman and Robin,” which sampled audio from the show. Queen delivered a sick burn by claiming Superman and other pop culture icons cannot match the joys of bicycling in “Bicycle Race.” And Weird Al graced us with “Ode to a Superhero,” which gently lampoons 2002’s Spider-Man to the tune of Billy Joel’s “Piano Man.”

And of course, there is Soulja Boy’s immortal “Crank That,” which not only included a Superman reference but inspired a dance craze which required dancers to pose like Superman flying through the air at regular intervals.

This is a relatively rare category, from what I can tell. It’s when a song is sung from the perspective of an actual comic book character, or at least acts like they exist. “Magneto and Titanium Man” by Wings is a bouncy little number about the titular villains hanging out with Crimson Dynamo and Paul McCartney for some reason.

The Spin Doctors’ “Jimmy Olsen’s Blues” has Superman’s Pal jokingly (?) plotting to murder Superman with a “pocketful of Kryptonite,” which is fair enough, given how often Superman screwed around with Jimmy in the comics. “The Ballad of Barry Allen” by Jim’s Big Ego is a surprisingly sad song in which the Flash laments how his powers make it difficult to stay still long enough to bond with others.

Our journey through the world of superhero song references is over for now, but you can always listen to these tunes any time you get sick of all those love songs. You can also share your favorites on social media, if you have a mind to!