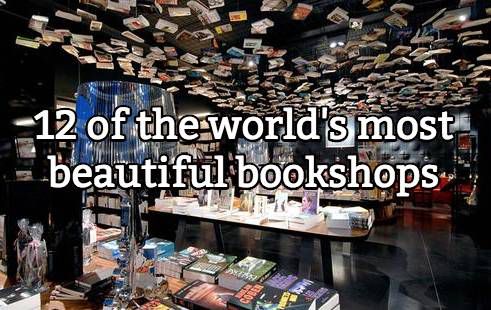 Minx was announced in 2006 and cancelled in 2008, after the publication of 12 graphic novels. It was heavily inspired by the massive popularity of manga with teenage girls, an audience that at the time, mainstream superhero comics shunned even more aggressively than they do now. The line both came and went with a whisper rather than a bang; most blamed its lack of success on retailers’ failure to shelve the books in the Young Adult section. Honestly, as an avid reader of both comics and Young Adult books, I can’t remember ever seeing any of the Minx books in stores. And to be fair, this was in the days before Raina Telgemeier conquered the middle grade landscape; bookstores could perhaps be forgiven for not really knowing what to do with these graphic novels that weren’t about men, either Spider- or Bat varieties.

But DC also undermined Minx’s potential success by building up years and years of bad faith with their female readers. This was a couple years after Stephanie Brown was tortured to death by Black Mask with a power drill, complete with sexualized imagery; DC had no action figure of Steph at the time, but they made one of Black Mask holding the drill. It was soon after Identity Crisis, a storyline that revolved around the rape and murder of one woman and the mental breakdown of another, one that involved a brainstorming meeting behind the scenes that included the phrase, “We need a rape.” Supergirl had largely been portrayed as an angry, alienated “bad girl” repeatedly exploited by older men; Cassandra Cain had been turned evil for no reason; Cassie Sandsmark had joined a cult to resurrect her dead boyfriend and the Amazons had just waged a violent war against man’s world. DC’s female characters, especially young ones, were largely being treated horribly, and when female readers protested, they were sneered at or insulted by DC and its creators.

The hypersexualization of DC’s young female characters didn’t make the name “Minx,” with its coquetteish implications, go over any better. And the overwhelmingly male lineup of creators didn’t help either, though the balance did eventually shift to be more even (though still nearly 2:1 male). Overall, despite the efforts of Bond and fellow editor Karen Berger, Minx gave the impression of a male-led corporation cynically trying to grab teen girl dollars from the manga market without understanding or respecting its audience.

But now I think we need something like Minx again.

The comic book market has changed. Raina Telgemeier dominates the graphic novel market; booksellers are no longer confused when asked to put comics in the middle grade and young adult sections. The graphic novel section of most bookstores has doubled or tripled in the past eight years. Black Widow is a household name; Supergirl beams into Nielsen households every week. DC Super Hero Girls exists.

There are a few books in DC and Marvel’s main lines that appeal to young female readers: Ms. Marvel, Batgirl, and Spider-Gwen spring to mind. But more important, DC and Marvel are now producing content created to bypass the direct market and go straight to that all-important young adult bookshelf. DC’s published two YA novels starring Lois Lane by Gwenda Bond, Fallout and Double Down. They’ve tapped star YA writers to pen similar books about Wonder Woman, Superman, and Batman. Meanwhile, last year Marvel added Black Widow: Forever Red by Margaret Stohl to its stable of New Adult-ish novels about She-Hulk and Rogue. More to the tune of what I’m proposing, they’ve got the brilliant Unbeatable Squirrel Girl team of Ryan North and Erica Henderson on an original graphic novel, Squirrel Girl Beats Up the Marvel Universe.

I say: why stop there? If Gerard Way gets his own imprint to write Grant Morrison fanfic in, why doesn’t DC create an imprint for 200 page digest-sized YA graphic novels featuring their young female characters? Get the Batgirl of Burnside team on a Burnside OGN! Go after Supergirl fans with books set during Kara’s high school days! Hook ‘em young with DC Super Hero Girls and then grab ‘em a couple years later with Katana or Bumblebee! I assure you any of those characters will sell better than Cave freaking Carson.

And Marvel, you’re off to a good start, but let’s see Kate Bishop and America Chavez in the YA section of the bookstore, or a young Scarlet Witch, or America’s sweetheart Kamala Khan. Heck, between Cindy Moon, Gwen Stacy, and Anya Corazon, you’ve got enough teen Spider-gals for a Young Spiders imprint alone. (P.S. Bring back Spider-Man Loves Mary Jane!)

Getting into a sprawling comic book universe is a daunting task. We all know this. But picking up a cool-looking graphic novel with a character you’ve heard about or seen in movies or on TV is easy, and for a significant portion of that potential readership, could be the stepping stone to getting them into mainstream comics. (Hint: put ads for relevant graphic novels and where to buy them digitally on the inside back cover.) There’s an incredibly enthusiastic, smart, spendy market right there for the taking, comics publishers. So go. Give them something they want to read.

(And hey, if you need someone to run it…well, you know where to find me.)