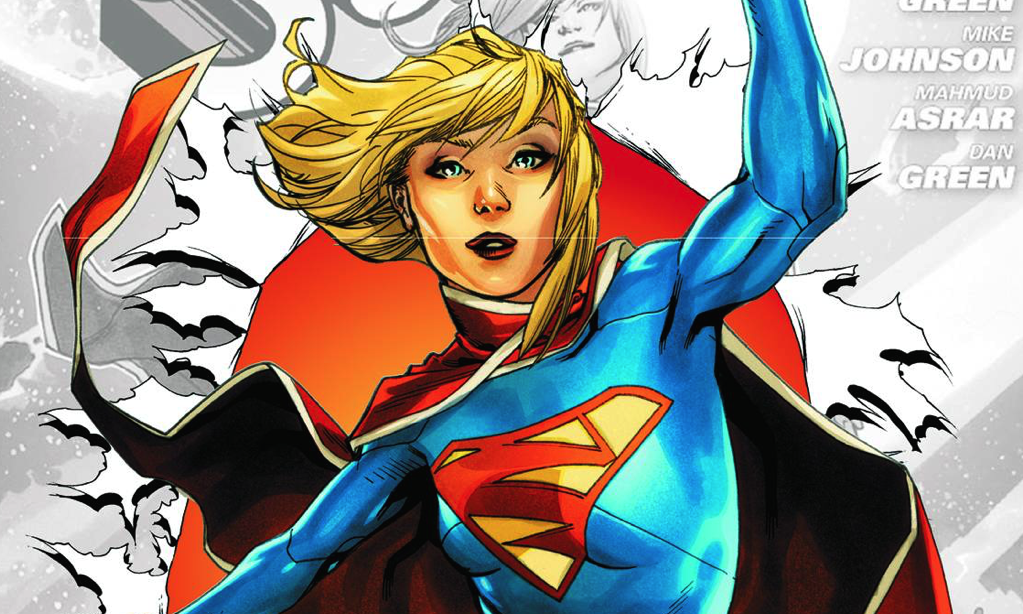 With the trailer for CBS’s Supergirl dropping last week, you might be looking to catch up on the Girl of Steel’s high-flying adventures. Supergirl doesn’t have a current book, though DC has said they’ll be relaunching her title along with the show, but here’s a few places to jump in over the course of her half-century of history:

Supergirl first debuted in 1959, in a story by Otto Binder and Al Plastino in Action Comics #252. This is what would become the iconic take on Supergirl: Superman’s biological cousin, Kara Zor-El, sent like baby Kal-El to Earth when her home was destroyed. Readers embraced this sunny new addition to the Superman Family, and she held down the backup feature in Action Comics for a full decade before moving to headline Adventure Comics and then a couple of short-lived Bronze Age solo series. These early stories boast gorgeous art, mostly by Jim Mooney, and gloriously silly, soapy plots, including infamous storylines like Superman forcing his newfound cousin to live in an orphanage (from which the newly-christened “Linda Lee” was eventually adopted, becoming “Linda Danvers”), or Kara’s “romance” with Comet the Super-Horse (which is actually a creepy story about a grown man lying to a teenage girl who trusts him; sorry I ruined the “Supergirl dated her horse” meme).

DC’s reprinted some of these classic tales in two formats. The Showcase Presents series is a better deal, with two volumes running $10-$15 and each containing over 500 pages of comics, though they’re in black and white and printed on cheap newsprint, and Volume 1 is out of print. The Archive Editions also have two volumes, in beautifully-restored full color, but they’re half the length and $50 new. Both the Showcase and Archive collections contain not just Action #252, but Superman #123, which introduced “Super-Girl,” a proto-character DC used to gauge reader interest in a more permanent female star.

In 1985, DC decided to reboot and streamline their universe. AND THEY NEVER DID IT AGAIN. Ahaha, no, they do it every six months. But this was the first time! And to prove what a Big Deal all this was, they bumped off a couple of major characters, including Kara Zor-El. The original Crisis is a behemoth of comics storytelling, crammed with every DC character in existence at the time, but if you’re passingly familiar with the DCU, you should be able to follow along well enough. Supergirl isn’t the star, but her indomitable, heroic spirit and selfless nature get a chance to shine as she inspires and protects other heroes, and her death is the kind of glorious sacrifice that recent crossover events have neglected in favor of casual canon fodder. If she had to go, this is probably the best possible way.

Almost immediately after the Crisis, a new Supergirl arrived on the scene, but since editorial mandate dictated that Superman now be the only survivor of Krypton, she could no longer be Kara Zor-El. Instead she was Matrix, a shapeshifting plasma being from a pocket universe. (Don’t think about it too hard.) She wandered aimlessly around the Superman titles for nearly a decade before getting her own series. In the first issue, she merges her plasma form with dying mortal girl Linda Danvers and becomes something entirely new. The 80-issue series, penned the whole way through by David and with lovely art by Frank, and later, Leonard Kirk, is a brilliant, often funny, sometimes heartbreaking exploration of identity, morality, and faith. Frustratingly, only the first few issues and last few issues are collected in trades, and none of it’s on Comixology, but I highly recommend combing back issue bins and eBay sales for this forgotten gem.

In 2004, DC brought back the “classic” Supergirl – Superman’s cousin Kara Zor-El, sent from a doomed Krypton by rocket and delayed by various plot contrivances. This version leaned hard on an angry, isolated “bad girl” vibe at first, not to mention an aggressively skimpy costume and sketchy sexual/sexualized pairings with a host of unsavory older men. The first three years of this run saw occasional glimmerings of something better, but it wasn’t until Gates and Igle came on board with issue #34 that the book became consistently good, and remained so through the rest of the 67-issue series. (Psst, Carol Corps: the last three issues were written by Kelly Sue DeConnick!) Gates and Igle gave us a strong, smart, determined Kara with an actual support network; they also cleaned up the muddy continuity she struggled through previously, so you don’t need to read the previous issues in the series to get up to speed on her history.

During the rocky pre-Gates/Igle period of the post-Crisis Supergirl, Supergirl and the Legion of Super-Heroes was a bright spot Kara fans’ lives. Zapped into the future by an errant zeta beam, Kara joined the futuristic teen team as their heaviest hitter. The Supergirl of 2005 might’ve been a sulky mess of eyeliner and exploitation, but in the future she was a bright-eyed optimist, convinced that she was dreaming her future adventures but still game enough to play along. She’s part of an ensemble and not the star, but she’s an adorable part of an excellent book, and the book’s easy to follow even if you’re not up on the Legion’s complicated history of reboots.

The 2011 New 52 reboot brought us Kara Zor-El once again crash-landing on Earth and starting a new life among humans. Despite having an uphill battle to fight – including an ever-changing roster of creators and Kara getting stuck in a mediocre crossover every other arc – I thought this was genuinely one of the best books to come out of the New 52. Though Kara struggled with anger, she was never selfish and disaffected the way she was early in the 2004 series, and despite every setback, a core of determination and a genuine desire to help always shone through. I recommend the whole 40-issue series, but my favorite arc is the last one, “Crucible,” by Johnson, Kate Perkins, and Emanuela Lupacchino, which will be out in trade in July.

Okay, but maybe you don’t want to dive into any continuity, or you’re looking for something all-ages but not 50 years old. In that case, run don’t walk to get a copy of this adorable, out-of-continuity trade (out of print but available on Comixology!) which features a tweenage Supergirl navigating the perils of middle school, friendship, and dealing with one’s own Bizarro clone. SO cute.

Brought to you by the team behind Tiny Titans, this out-of-continuity series only lasted 12 issues, because some things are just too pure and beautiful for this sinful world. It’s basically just very, very silly adventures starring Supergirl, Superboy, Krypto, and Streaky, with frequent cameos from Cousin Kal, the Daily Planet staff, Luthor, and a whole flock of Bizarros. Every issue is an absolute treasure. Read it immediately!