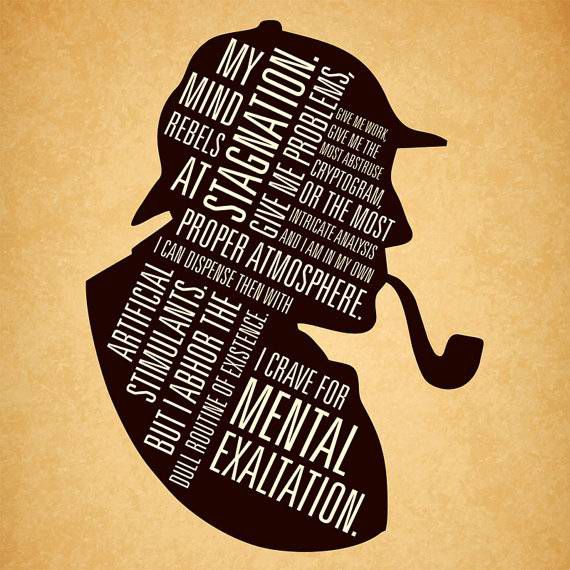 The third series of the wildly popular BBC  Sherlock will grace American TV screens on Sunday, January 19, following Downton Abbey.  And what’s the best way to celebrate such an occasion? Swag, of course.  Here are seven items that should appeal to any Sherlock fan, whether they find themselves drawn to Sir Arthur Conan Doyle’s classic tales or to this modern take on Holmes and Watson.

Bring Baker Street with you. You never know when you’ll need it.

A little visual reminder of some of Sherlock’s greatest cases.

Because bookish jewelry is the best jewelry.

Though the wording may differ, the “sentiment’ is the same for both Sherlocks.

It’s not the smell of formaldehyde or decaying flesh. I promise.

Maybe the single most quotable line from Series 2, and, I think, a very fitting way to lead into Sunday’s premier.