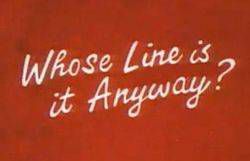 Last week, I reported (as in, someone else did the work of porting it—I just re-ported it) on a study explaining why some movie lines are memorable (based on IMDb.com) while others aren’t, and then offered my own version of their experiment, only using memorable quotes (according to About.com) from well-known books.

(Also I used it as an excuse to post a scene from one of my favorite movies.)

Here then are the pairs of quotes, with the “correct” (supposedly memorable) line in bold, as well as the title of the novel from which each came…

b. “With the curious disarming friendliness that he always managed to put into the gesture, he resettled his spectacles on his nose.”

Could have gone with “Big Brother is watching you,” but that would have been too easy for some and/or confused those of you who know Big Brother as something watched by you. And which one of you said, “The Minority Report”—that’s “precrime.”

a. “It was the saddest and most cruel April of the five.”

b. “She wouldn’t have liked that; she was suspicious of people who spoke a different language.”

Really, folks, the title’s right there in the answer.

a. “The horses, needless to say, were not mentioned again.”

Indeed, one of the notable qualities of a memorable line is its usability in all kinds of situations.

a. “Sometimes it’s better to bend the law in special cases.”

b. “You never really understand a person until you consider things from his point of view…until you climb into his skin and walk around in it.”

Novel: To Kill a Mockingbird by Harper Lee

One of the few memorable lines without “Scout,” “Atticus,” or “Boo.”

a. “It happened to fall on the 30th of September, my birthday, a fact which had no effect on events, except that, expecting some form of monetary remembrance from my family, I was eager for the postman’s morning visit.”

b. “I love New York, even though it isn’t mine, the way something has to be, a tree or a street or a house, something, anyway, that belongs to me because I belong to it.”

Capote once remarked that Holly Golightly was the favorite of his characters, which may explain why she sounds so much like him.

b. “He is immensely strong, for he is more like a wild beast than a man.”

You may also recognize this line from the films Dracula, Bram Stoker’s Dracula, and Mel Brooks’s Dracula: Dead and Loving It.

a. “There are no evil thoughts…except one: the refusal to think.”

b. “Everything happened in the normal, explicable, justifiable course of plain incompetence.”

All you Tea Partiers out there should have gotten this one.

a. “You don’t forget the face of the person who was your last hope.”

Okay, this was sort of a trick question on two counts: First, they’ll call anything that sells 11 million copies a “classic;” second, choice b) is actually the first line.

a. “Jesus, what I could do with a couple pigs!”

Novel: The Grapes of Wrath by John Steinbeck

It is unclear whether this line may have in fact been the inspiration for this.

a. “You’d find it easier to be bad than good if you had red hair…People who haven’t red hair don’t know what trouble is.”

b. “But she had…the glimmerings of a sense of humor—which is simply another name for a sense of fitness of things.”

I still remember the miniseries on PBS. It was like…the Canadian Downton Abbey. Okay, not really.