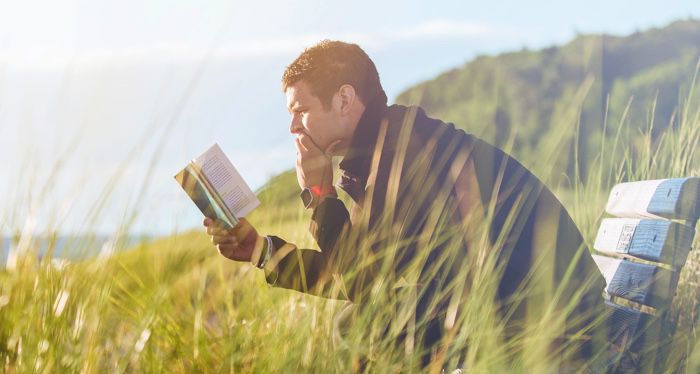 Summertime brings with it a heavy dose of sunshine, monsoon, and an array of fabulous books! With temperatures rising, there is nothing like an addictive page-turner to get immersed in to take your mind off the oppressive heat. Check out my summer books recommendations, which include a blend of compulsively readable and thought-provoking fiction. Whether you are a fan of dark psychological thrillers or entertaining escapist reads, there’s something for everyone here. Happy Reading! 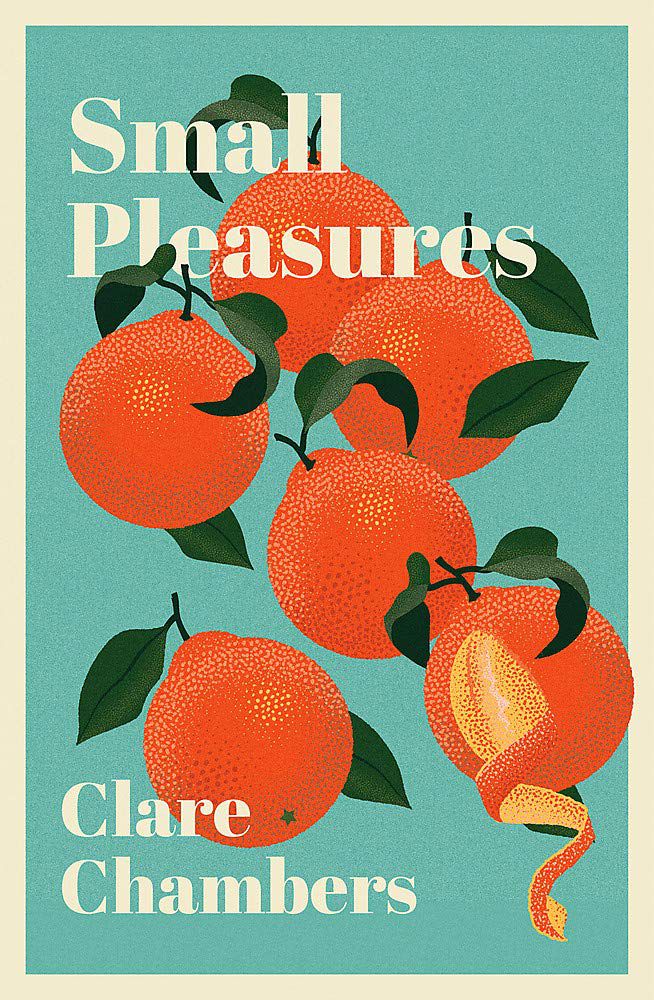 You know one of those rare books that just immerses you with its richly constructed world and compelling narrative. Well, Small Pleasures is that book. Set in a quaint suburbia in 1950s Britain, this is a thoroughly engaging story about a small time journalist and the intriguing story that she stumbles upon. Investigating this story leads her onto an emotional rollercoaster involving long-buried secrets and newfound love. 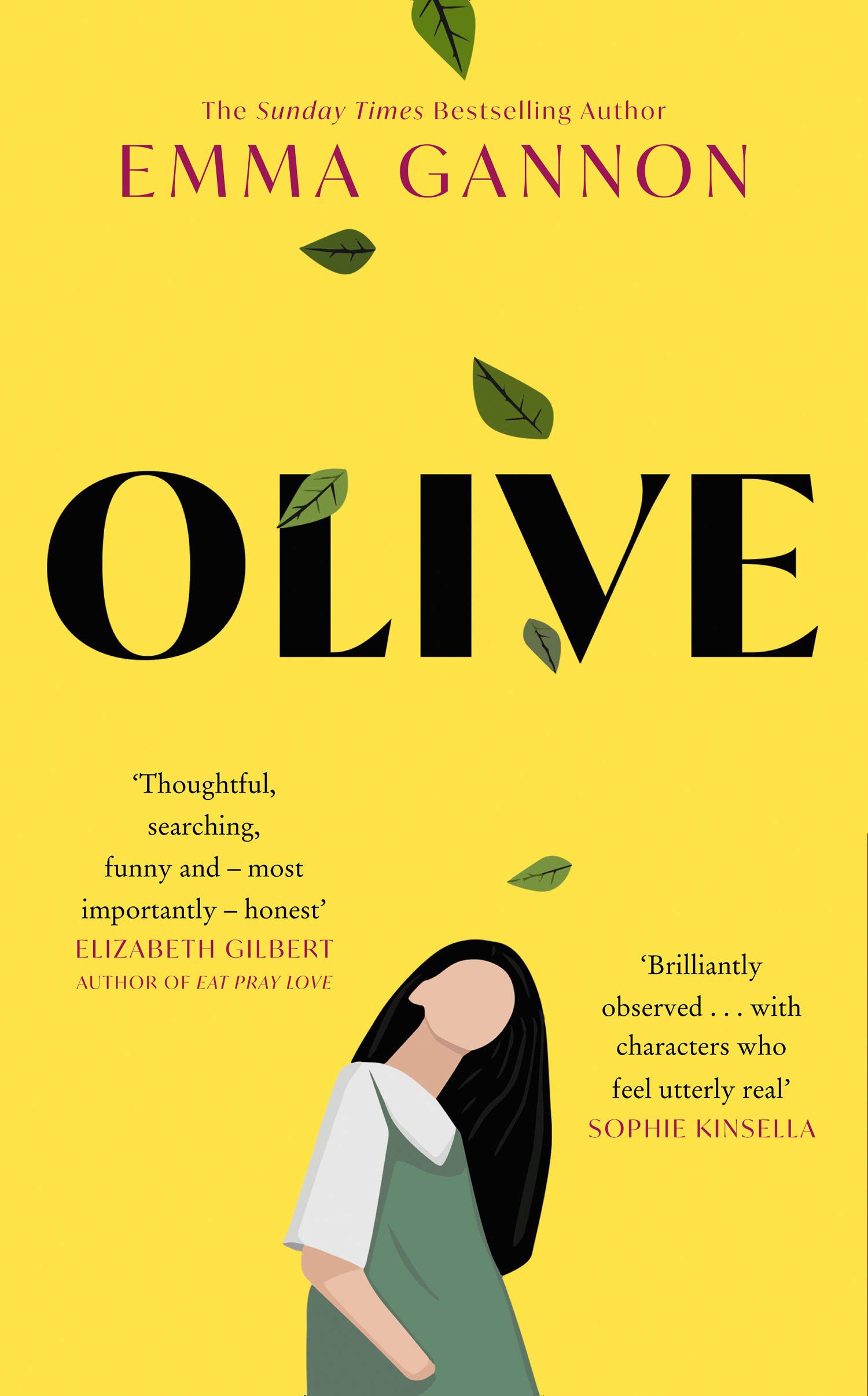 If you are a fan of Marian Keyes or Liane Moriarty then Olive should be your next read. This engrossing novel follows four girls from their time together in school until their mid 30s. Gannon astutely observes how the life trajectory of these best friends diverges over the years, shifts their equation with each other and lead them to contemplate the choices they have made in their professional and love lives. This novel addresses contemporary issues that women face with wit and shrewdness. 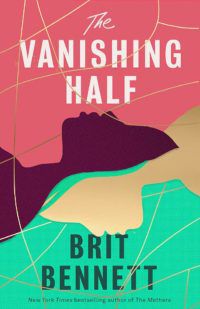 Bennett’s follow up to the bestseller The Mothers is one of the best books I have read this year. The story follows the Vignes twins over several decades. The twins run away as teenagers, eventually becoming estranged after one of them decides to pass over as white while the other moves back to her hometown, which she so desperately tried to escape when young, with her black daughter.

This is an elegantly written, multi-generational saga that shrewdly dissects fractured identities with regards to race, gender and family. 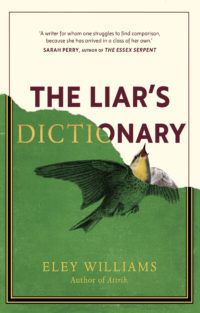 The Liar’s Dictionary by Eley Williams

Meticulously written and cleverly plotted, this novel is about two lexicographers separated by a century. They both work for Swansby’s New Encyclopaedic Dictionary. If you have ever been called a grammar nazi or are obsessed with the art of linguistic, you will relish the experience of reading this immaculate work of literary fiction. 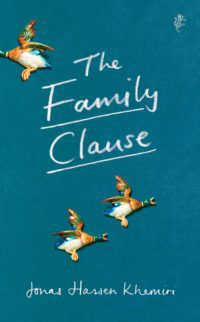 I loved Khemiri’s last novel, so was really looking forward to his latest foray into fiction. A proud patriarch returns from abroad only to find out his children are far from the model successors he had dreamt of raising. This is a heartfelt story about disjointed family dynamics that unravel over a course of ten days. 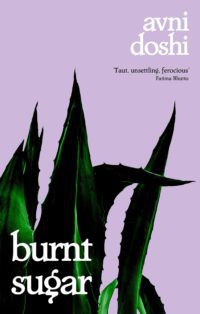 If you like narratives about complex mother-daughter relationships then this deserves to be on your TBR shelf. Doshi piercingly dissects the experience of parenting one’s parents in their old age, letting go of long-head grudges against them and accepting them as flawed humans. An emotionally resonant yet brutal look at mortality, memory and familial ties. 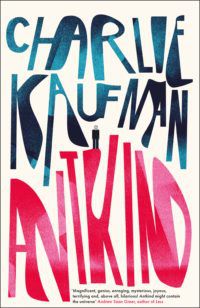 Charlie Kaufman is the screenwriter of some of my all time favourite movies – Eternal Sunshine of the Spotless Mind, Being John Malkovich and Anomalisa – so I was looking forward to his debut foray into fiction. This is the story of B. Rosenberger Rosenberg, a neurotic and underappreciated film critic who has to recreate from his memory a groundbreaking movie that just might be the last great hope of civilization. Antkind manages to be just as eccentric, madcap, and absurdly entertaining as any of Kaufman’s movies. 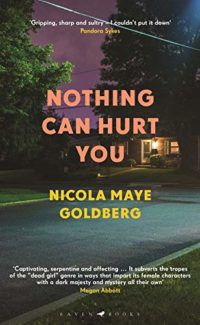 Nothing Can Hurt You by Nicola Maye Goldberg

An enthralling novel that centers around the murder of Sarah Morgan, whose boyfriend confessed to the crime but was later acquitted on a plea of temporary insanity. Razor sharp and deviously clever, this thriller explores the impact of that brutal crime from a variety of vantage points. Haunting and memorable, this story puts an edgy spin on the seemingly exhausted genre of psychological thrillers. 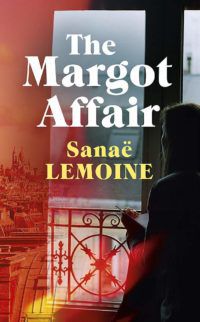 The Margot Affair by Sanaë Lemoine

This book had everything I love in my stories – an elegant Parisian setting, stunning prose, and well-etched characters. The story is narrated by Margot, an illegitimate teenage daughter of a temperamental French stage actress and an influential politician. Lemoine’s tender depiction of Margot’s loneliness and conflicting emotions for her parents makes this debut stand out. 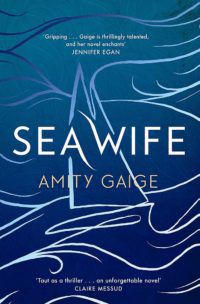 A magnificent literary page turner that will appeal to fans of Jennifer Egan and Claire Messud. Gaige deftly combines the story of a turbulent marriage with a thrilling seafaring adventure of a young family in this masterpiece. 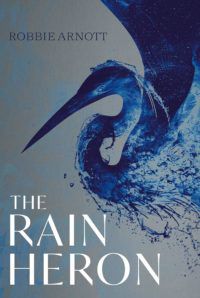 The Rain Heron by Robbie Arnott

An ode to the majestic beauty of our natural world, this book vividly tells an eco fable populated with stunning scenery and captivating characters. Like nature itself, the prose is by turns graceful, surreal and savage. A riveting combination of myth and eco-fiction. 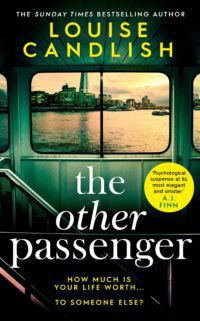 The Other Passenger by Louise Candlish

Louise Candlish is a master of domestic noir. Her latest novel has all the ingredients that make her stories such compelling reads – flawed bourgeois characters, sophisticated urban settings and complex interpersonal dynamics. This twisty narrative will keep you turning the pages until the very end. 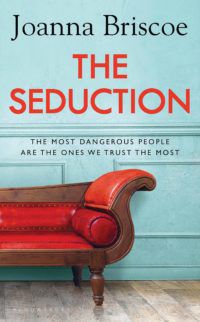 The Seduction by Joanna Briscoe

This sultry psychological thriller is about Beth, who lives by Camden Lock with her partner Sol and their daughter Fern. She starts to take therapy from Dr Tamara Bywater for her childhood trauma involving her mother abandoning her as a child. As she grows excessively close to her therapist, cracks start to appear in her family life. Alluring and multilayered, this is a gripping novel about the extremity of desire, trust and paranoia. 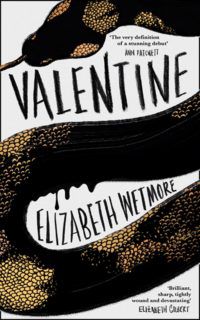 This dynamic debut set in a small town in Texas in the 1970s explores the aftermath of a violent crime committed against a Mexican teenage girl and its reverberations across the community. Gritty, vicious but ultimately uplifting, Wetmore paints a visceral portrait of a world dominated by callous men and the resilient women who choose to remain unfazed in the face of it all. 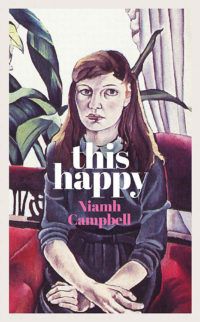 This Happy by Niamh Campbell

Alannah had an affair with an older, married man when she was 23 and went to briefly stay with him in a cottage in rural Ireland. Now six years later she is married to another man but, upon seeing the landlady of that cottage from afar, is struck by memories of her past. Campbell evokes vivid nostalgia with her clear-eyed prose that is a compelling combination of candid and droll. 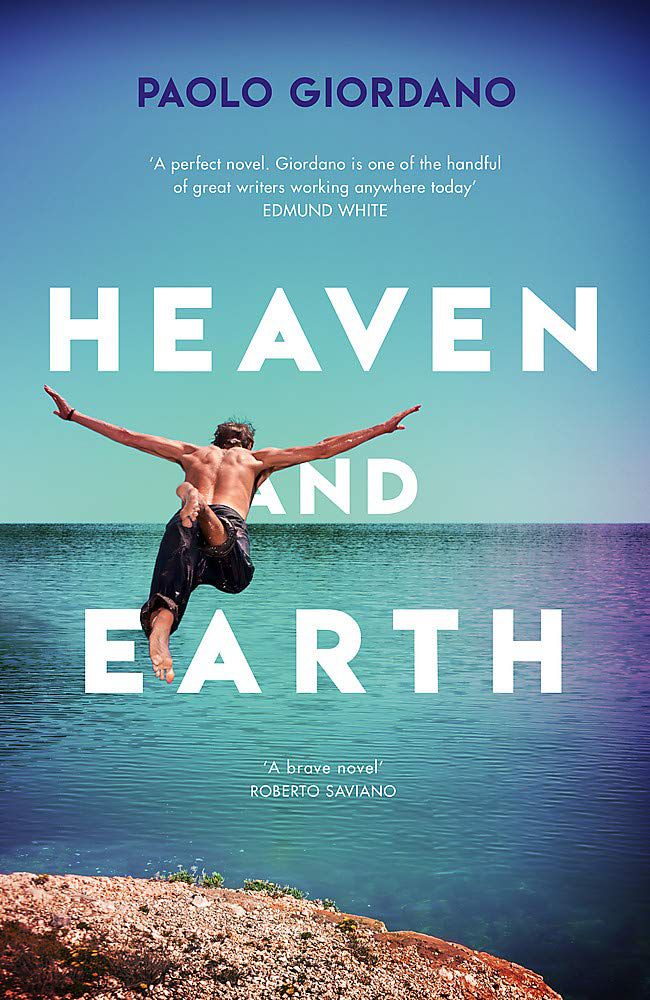 Heaven and Earth by Paolo Giordano

Reading this reminded me instantly of Ferrante’s earthy, nostalgic prose. Vividly evoking the sights and sounds of Italy, this novel paints a rustic portrait of life in the vibrant Puglia. Giordano’s novel is an evocative depiction of the complexities of adolescence, love and faith. 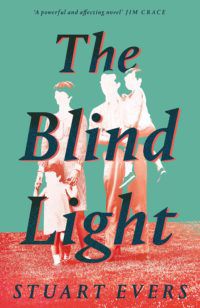 The Blind Light by Stuart Evers

Described as British Don DeLillo in how he navigates Britain’s social history,  Evers’s much anticipated new novel is a masterful epic. Spanning two generations of a family, the story takes us from the 1950s to the present day while commenting on prominent events of the recent past from the Cuban Missile crisis and the Cold War to the war on terror. The writer seamlessly combines a compelling family saga and an insightful state-of-the-nation novel in this singular work of fiction. 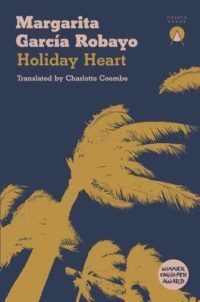 This addictive novel tells the story of Pablo and Lucia, a couple who left Colombia to start a life in the U.S. and have been married for almost two decades. When we meet them, Lucia has taken the kids to Florida after discovering Pablo’s affair while Pablo is at home, recuperating from the heart attack brought about by his excess lifestyle. This is an incredibly insightful portrayal of a disintegrating marriage, reminiscent of Katie Kitamura’s arresting A Separation which provides a sharp-eyed view of estrangement and personal identity. 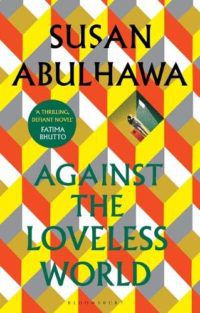 Against the Loveless World by Susan Abulhawa

From a Palestinian American writer and political activist comes a sweeping and lyrical novel that follows a young Palestinian refugee as she slowly becomes radicalized while searching for a better life for her family throughout the Middle East. A harrowing story about resilience, resistance and oppression. 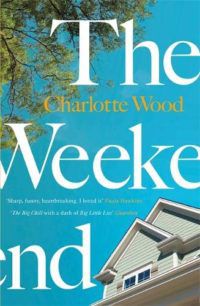 The Weekend by Charlotte Wood

This novel made me realize how not enough books are written about adult female friendships. Revolving around three septuagenarians who have gathered to clean out their late friend’s house, the story is a candid portrayal of growing old with friends and coming to terms with our own mortality. Peppered with acute observations about human relationships and the consistent compromises required to maintain then, Wood has written a thought provoking page-turner shot through with wit and compassion. 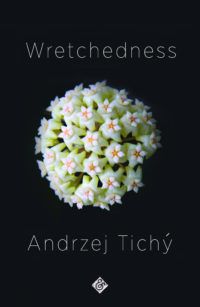 A chance encounter between a cellist raised on an estate outside Malmo and a homeless addict on a train station evokes a deluge of memories of the cellist’s destitute past. A dizzying, observant exploration of an impoverished life lived among the most affluent society. 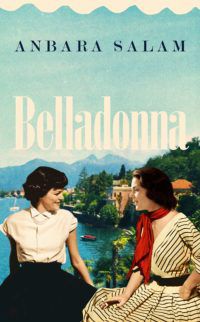 This atmospheric tale of friendship follows two schoolgirls from Connecticut who get a chance to travel together to Italy for a year at an art school. Salam has written a charming coming-of-age story about obsession and desire.