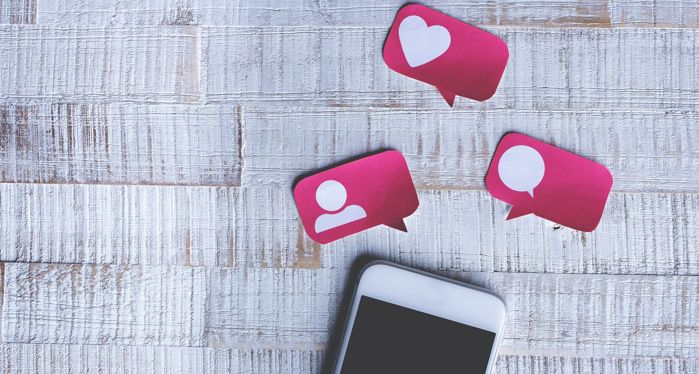 Back in December 2021, a piece in The New York Times caused a bit of a stir in the author community online. It claimed that publishers are increasingly skeptical about whether even millions of followers on social media can translate to substantial book sales. Naturally, authors had Many Thoughts about this. Whether indie or traditionally published, we’re told to mine social media for every opportunity to sell, and this can feel frantic and stressful and not always productive. Jane Friedman, in her response piece, points out that if publishers sit on their hands, a strategy that relies only on an author’s social media presence is probably not going to work.

The NYT piece mainly looked at authors who were famous and had a big social media platform because of that fame, rather than authors who happened to have a big following but weren’t famous for other things, like acting or being a pop star. So we have a lot of confounding factors here. True, you might expect people who are fans of a celebrity to want their books; there’s a reason why many celebrity memoirs come out in the months leading up to the holidays. I could not have been more thrilled the year my surprise Christmas present was Jason Donovan’s autobiography, for example. But just because someone is famous and loved for one thing, even if that thing is book-adjacent like song writing, that doesn’t mean everyone who enjoys that celebrity’s work will be interested in their book. A good chunk of their followers may not be more than casual readers, or even readers at all.

For example, Richard Osman is mega famous in the UK. He has more than 1 million followers on Twitter, has dominated the book charts over there since his first book, The Thursday Murder Club, came out, and his second is one of the fastest selling since records began. But is this because of his Twitter followers, or is it because he’s universally known and beloved across the Pond – and is his Twitter following merely a reflection of that, rather than the cause of his book sales?

And what is success in social media, anyway? I think it’s too narrow to define it as a reader immediately clicking ‘buy’ when an author posts about their book. Arguably, social media is at its best when it’s about building loyalty and relationships. Buying the books – and, crucially, recommending the books to others, producing many more sales than just one – can flow from that, and often does.

I asked around in the reading communities I’m part of and thought of my own experience interacting with authors online to try to define what successful social media looks like for an author.

Talia Hibbert is a great example of someone whose social media brand and book brand are very similar. She’s unapologetically nerdy, like many of her characters, and she’s cheeky and fun, like her books. If you like her cute TikToks, you will probably like her books.

Being Knowledgeable or Enthusiastic About Niche Topics

Common interests with a writer can lead readers to follow an author and then read their books. Reader Zoe Georgakis says: “I started following Hannah Orenstein on Instagram before I read any of her books, and her commentary on elite gymnastics during the Olympics and matchmaking led me to read Head Over Heels and Playing with Matches, respectively. She weaves aspects of her life into her work and vice versa, which is fun for me as a reader; for example, she’ll post a story at a restaurant referenced in one of her books. It feels authentic and familiar, even if it’s a place I’ve never visited.”

Those of us with dreams of being a published author someday love to hear that writers are just like us. Rioter Annika Barranti Klein loves Meredith Ireland because of “tweets like this — basically, she posts relatable stuff about writing and is hilarious and self-deprecating without being negative.”

Being Approachable and Friendly

One of the best things about social media is the connection many of us have with authors. Once upon a time, in order to tell a writer you liked their book, you’d have to write them a physical letter, and then post it via their publisher and hope it got there. But now, we can have a day-to-day peek behind the curtain of their lives, and interact with them in a way that feels immediate and real. Reader Bailey Cormier says: “I love Tessa Bailey because whether intentionally or not, she makes me feel like a friend of hers through her TikToks – and I already liked her books, but I am a bigger fan of hers because of her social media presence.”

Not Being Too Sales-y

Conversely, authors just trying to sell their books may well have the opposite effect of the one they intended – not building loyalty or warm feelings, but instead turning people off. “I work in social media and I’m honestly not interested in following a publisher or author if they’re overtly trying to sell me their books. I’m way more likely to buy a book based on some random person’s 30-second TikTok,” says reader Linnea Scian.

When an author already has a following of avid readers, those readers love to get extra content. Reader Laura Douglass says “Casey McQuiston is everything I want from an author on social! Shares fan art and appreciation, teasers for new work and special snippets about past work as little treats for the rest of us.”

Another great example of this is the Facebook group for fans of The Idea of You by Robinne Lee. Robinne shares her thoughts, engages with readers, and even does occasional AMAs. As a result, those of us who love the book continue to engage with it daily – which fuels our enthusiasm, our likelihood to buy it for others, and to recommend it on our own social media.

I know that I warm instantly to an author who uses their social media to champion other people’s books. I’ve bought at least one book solely on the basis of one tweet from Nina Stibbe before. So maybe that doesn’t sell the author’s books directly, but if you believe in karma, there might be something to that, too.

Kindness in general also goes a long way. I loved Come to the Edge by Christina Haag and I’ve never stopped recommending it, and, aside from the gorgeous writing, one of the big reasons for that is my personal connection to the author, who has been really kind to me, sometimes undeservedly so – and we “met” on Twitter. My two favourite books last year – Mary Jane by Jessica Anya Blau and The Idea of You by Robinne Lee – happen to both have authors who are lovely on social media, who respond warmly to every post (with heart emojis, which for some reason especially endears them to me). Would I recommend their books anyway? Probably. But the fact that I feel like I have something of an ongoing connection with them makes me that much more likely to have their book top of mind when I’m recommending books.

And I recommend books a lot, because I’m a bookseller. And that’s the thing: so many social media results are completely untrackable. Maybe I saw a fun TikTok by Talia Hibbert, so when a customer next asks me for a recommendation, she’s at the top of mind. Or maybe I’ve just been discussing Paris in the Facebook group for The Idea Of You, so I bring the book up when someone asks me for a love story. But there would be no way for anyone to know that the TikTok or the Facebook group resulted in the purchase by that customer. And maybe it didn’t directly — I recommend those books all the time anyway — but it’s one of the many ingredients in the mysterious alchemy that makes up warm feelings towards an author and therefore, in the end, book sales figures.

That’s both the frustrating and the magical thing about social media, when it comes to book sales. In a lot of ways, we’ll never know how much of a role it plays. It’s important, but it’s not the only thing that matters.