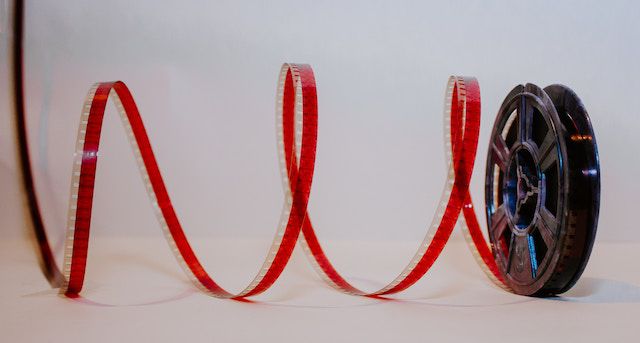 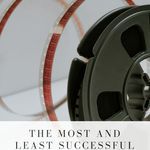 Recently, the internet was all aflutter about the prospect of Hollywood remaking The Princess Bride. Many an “inconceivable!” joke was cracked as everyone grappled with the idea that anyone would dare tamper with the beloved classic. This movie, an adaptation of William Goldman’s novel, clearly struck a deep chord with many (including me).

So obviously The Princess Bride is a very successful move adaptation, but the more I think about that phrase, the less certain I am of what it means. Not to be pretentious, but what is a “successful” adaptation, anyway? That’s the question I seek to answer today.

Personally, my standards for a successful adaptation are low. If I enjoyed it, or if it expanded my horizons in any way, then I consider it successful. But for this article, I’ll use a more widely accepted metric: money!

A lot of famous book adaptations came out a long time ago and are therefore at a disadvantage compared to today’s billion-dollar blockbusters. Luckily, Box Office Mojo (BOM) has adjusted for inflation in its list of all-time biggest hits. Newsweek did the same for box office flops. That will allow us to get a more historical perspective on what successful adaptations look like, but it still won’t give us a complete picture.

The highest grossing Harry Potter film, for instance, only ranks 81st on BOM’s list. But no one would dare argue that Harry Potter is less than wildly, obscenely successful. Potter has his own theme park, for crying out loud. Meanwhile, The Princess Bride, with a total box office take of $30,877,156 (that’s $69,733,991 in 2019 dollars), does not make the all-time greats list whether adjusted for inflation or not. Does that mean it’s not a successful adaptation? Of course not.

So while I’m using the aforementioned best and worst lists to help me narrow down which adaptations to cover, success can’t be measured purely in dollars. Therefore, for each of the ten movies I discuss below, I will also be including some discussion on whether they can still be (or were ever) considered successful or unsuccessful by other measures. In the end, whether or not an adaptation is successful is something each viewer needs to decide for themselves. Something that succeeds for you may fail for someone else, and that’s okay. Regardless of how bad or good an adaptation is, we’ll always have the source material to cuddle up to on those cold, dark nights.

Success: Gone With the Wind 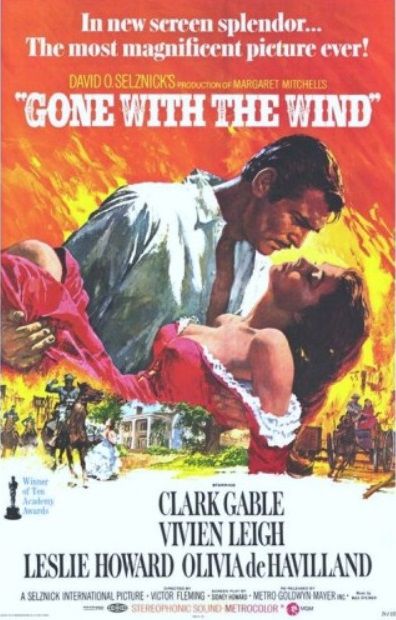 This movie came out in 1939, but when adjusted for inflation, it remains not only the most successful movie adaptation of all time, but the most successful movie period. (Avengers: Endgame only ranks 16th on the adjusted list.) Of course, the book it’s based on is pretty darn racist, and the movie reflects that. Does that count as success? It’s not a very pretty one, if that’s the case. So while Gone with the Wind is the ultimate success by monetary standards, its merits as an actual movie are not as robust.

Graaahhh. I only know about this movie from the massive controversy it brought on itself by casting Rooney Mara, a well-known non-Native American, as Tiger Lily. And honestly, if you think whitewashing is okay in *checks notes* two thousand and fifteen, you’ve already failed. Apparently, though, the movie failed on other levels, but just little things like “having a plot” and “being interesting.”

I like Jaws. I do. And so did a lot of other people, because it’s still the 7th highest grossing movie ever, beating out almost every Star Wars film. But I’m not so sure its success is a good thing. Even the book’s author, Peter Benchley, regretted his monstrous depiction of great white sharks. He spent much of the rest of his life studying sharks and promoting ocean conservation. I’d say he had a successful life, but can we still call this film a success? Was it worth the very real damage it inflicted on real animals and ecosystems? I dunno, man, I just write about books and stuff. 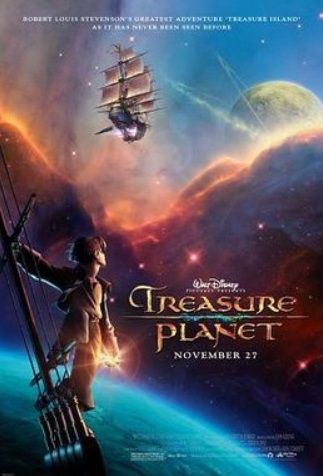 I was shocked and offended to find this movie on the biggest flops list. Is it as good as the Muppet version? Of course not, but seriously? It was Oscar-nominated! The critics liked it! I liked it! Did people in 2002 all suddenly lose their good taste? Whatever. Treasure Planet seems to have gained a cult following, if the number of Tumblr posts I’ve seen singing its praises are any indication. So maybe it’s not a successful movie, but it’s certainly not the massive flop its (lack of) box office intake suggests. People are enjoying it. Isn’t that what counts?

Success & Failure: Around the World in 80 Days

Jules Verne’s classic adventure novel was adapted into both the 54th highest grossing movie of all time and the 34th biggest flop. How in the world did that happen? Both the 1956 and 2004 versions had the exact same source material to work with. And yet the ’56 version is a true epic, chock full of diverse locales and suspenseful moments. The ’04 version is more concerned with cramming in as much slapstick, prop gags, and bad CGI as possible.

Both adaptations made changes from the book—believe it or not, Passepartoute is neither Mexican nor Chinese—but the former still preserved the excitement and wonder that made the book so popular. Just goes to show that faithfulness to the source material is not necessary for success, so long as the filmmakers are talented, careful, and lucky enough to earn the audience’s good will.

I prefer The Prince of Egypt myself, but I know people who watch The Ten Commandments, well, religiously every Easter. Not because they think it’s any good, but because they enjoy picking apart every flaw and continuity error they can find. (They find more every year.) Considering the popularity of hate-watching and so-bad-it’s-good material, I guess it really is possible to fail your way to success.

Remember that time John Travolta thought it was a good idea to adapt Scientology founder L. Ron Hubbard’s, uh, polarizing sci-fi novel? Remember how he spent over $70 million (not adjusted) on Dutch angles and terrible wigs, only to earn back less than half that? Ah, memories. Sorry I have nothing more clever to say about this one. Sometimes failure is just failure, plain and simple. 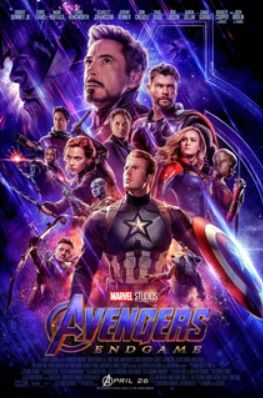 We can’t talk about successful movie adaptations without discussing the current box office champ, Avengers: Endgame, the highest grossing movie ever when not adjusted for inflation. I should note that this movie—and many others on the most successful list—only grossed as much as they did because they were released in theaters multiple times. That doesn’t mean they shouldn’t be regarded as successful. On the contrary, it’s to the filmmakers’ credit that their films were popular enough to warrant multiple releases.

This movie, based on Edgar Rice Burroughs’s Barsoom series, flopped so hard that it cost Disney at least $130 million and forced studio head Rich Ross to resign. It is, as of today, both the least successful adaptation ever and the least successful film ever. Despite this epic failure, I can see why Disney thought it would work. As I’ve mentioned before, Disney has had a fair amount of success with taking popular material, changing it until it’s unrecognizable, and raking in the cash. They probably figured they could make a successful John Carter movie without worrying so much if it was a successful adaptation. But in this case, the mouse ran out of luck.