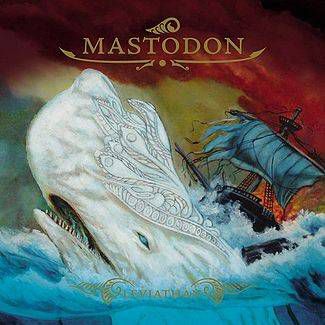 At a small college in Canyon, Texas — West Texas A&M University — an English professor named Martin Jacobsen is offering a new class titled “Introduction to Literature — Heavy Metal as a Literary Genre.” According to this story, Jacobsen had such success with using lyrics from an Iron Maiden song as a tool for teaching sentence structure, he soon realized there was much more in the way of literary instruction that heavy meal lyrics could provide.

Now, this is a class for which I’d have no trouble dragging my ass out of bed at 8 am. As a life-long literature and metal fan (remember the “If Heavy Metal Lyrics Were Book Blurbs” post?), I love Jacobsen’s idea for this class. It’s brilliant. But it’s probably not without a few detractors. Indeed, to the uninitiated, metal and lit may seem incongruous at first brush.

In reality, though, no other genre of music is more closely entwined with literature than heavy metal. Yes, heavy metal can often be much more cerebral than you’d ever imagine if you haven’t investigated beyond the too-easy heavy metal stereotypes.

Rioter Peter Damien recently pointed out a few instances of heavy metal songs with literary roots and references — including the Iron Maiden song (and C.S. Lewis novel) Out of the Silent Planet, the song Jacobsen used in his class at West Texas A&M. But there are so, so many more. One of my favorites is metal band Mastodon’s second album, Leviathan. The whole album is a homage to Moby Dick. Just take a look at the gorgeous cover art! I doubt you’ll see Kei$ha or Katy Perry take on a project like that.

Metal songs often are their own form of literature, telling their own stories over the course of a song over an entire album. One of my favorites in this area is Dream Theater’s epic 19-minute song The Count of Tuscany about a real-life “adventure” in Italy.

And of course, you’re familiar with the idea of the concept album — an entire record that tells a story. (Side note: Avoid, at all costs, referring to a metal concept album as a “rock opera.” I do believe you’d get your ass kicked for saying something like that.) Again, Mastodon has produced one of my favorites — an album titled Crack The Skye, which tells the story of a paraplegic who has quite an adventure through space. The album (as well as the song Oblivion) is an absolute masterpiece! There are tons more examples of metal concept albums — here’s a Top 10 list, if you’re interested.

So, the next time you find yourself in a circle pit, maybe take a breath between songs, and ask the guy next to you about his thoughts on how Thomas Pynchon influenced a whole crop of postmodernists, etc. You may be surprised at how intelligently he answers.