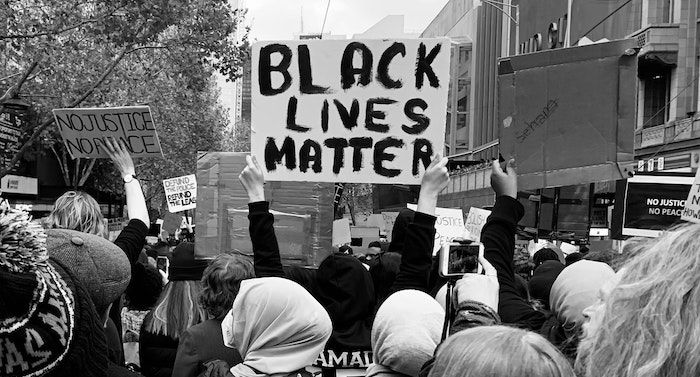 Opponents of “Critical Race Theory” have had a field day over the last few months. In Florida, a June law forbid the teaching of Critical Race Theory (CRT) in classrooms, and throughout the rest of the country, parents, community members, and lawmakers have worked to eliminate materials from classrooms — both that which is curriculum and which is supplemental — that offers non-whitewashed history, social and cultural insight, or literature.

These protests and laws are not, however, about CRT at all. They’re about control of what’s taught in the classroom, ensuring that voices of the global majority are suppressed in favor of white supremacy.

And in one central Pennsylvania school district, students have spoken up, demanding that materials by Black and Brown authors be reinstated in the classroom.

Central York High School banned a wide range of books, movies, websites, and articles by diverse creators, following the district’s work to overhaul their social studies curriculum in 2020. The district, whose diversity committee was working to develop a more inclusive and expansive curriculum, created a list of culturally-relevant materials for consideration. But instead of incorporating these into the plans, the school district instead turned the list into one of banned materials.

The ban specifically targeted Black and Brown voices, ranging from a documentary on the life of James Baldwin to materials from the National Museum of African American History and more.

The four-page long list of banned materials was sent to educators in August by Principal Ryan Caufman. The school board made the unanimous decision last November to ban the items, following a series of heated meetings about the inclusion of diverse material in curriculum. Board members claimed they loved diversity but that the proposed topics of white supremacy and Black Lives Matter were “one-sided teaching.”

“They’re banning material from ‘Sesame Street,’ but not David Duke. They’re banning PBS, but not the KKK,” Pennsylvania State Education Association spokesperson Lauri Lebo said in an email with The Morning Call. “They’ve even banned the Pennsylvania Association of School Administrators’ statement on racism — which acknowledges that racism exists and is bad.”

Teachers in the school have spoken up, some going as far as to state they’re “afraid to teach.” A handful have spoken to local media anonymously stating the curriculum specifically targets Black and Brown people.

Students and teachers stood outside the school to the honking and cheers of community members. They were against the bans, and making clear that their voices were heard in regards to the board’s decision. As more students got off their morning buses, they were encouraged to join the group and speak out.

Senior Edha Gupta, a student of color, helped organize the protest after it was clear her experiences and history weren’t being represented or heard in the classroom, thanks to the ban. She is a member of the student-run Panther Anti-Racist Union who decided to do something. Gupta had been involved in the initial planning of the curriculum overhaul last fall, sharing with the board her own perspectives as a student of color.

“I think it’s gotten to a point where we need a physical demonstration to show how we feel about the board’s actions,” Gupta said to the York Dispatch. “They seemed supportive of the (proposed diversity curriculum), and I came to later find out they had banned these resources, which was kind of a slap in the face.”

“I’m white — I’ve never faced racism in this district,” said Olivia Pituch to the York Dispatch. “But I’ve seen what racism does to my friends, and I’ve seen them face microaggressions throughout their life and constantly be put down by comments.” She went on to add that as a senior, she feels a level of responsibility to speak up in order to ensure younger students will have access to a fair, equitable, and honest education.

The full list of banned material can be accessed here.

Nkechi Taifa, author of more than one book on the list, wrote an open letter to the school district in response.

“I hope that you will choose meaningful dialogue over crass censorship. In a settler state founded on the attempted genocide of the native population, followed by three centuries of the enslavement of Africans, followed by 100 years of segregation enforced and reinforced by violence, these issues have never been easy for the white populace to publicly confront,” she wrote on Medium. “But, as James Baldwin once wrote, “Not everything that is faced can be changed, but nothing can be changed until it is faced.” It is my sincere hope that the growth that is destined to come out of your conflict increases knowledge and understanding.”

Students are doing just that: demonstrating against a decision that silences Black and Brown experiences by facing white supremacy head on.

They plan to continue their protests every morning at 7:15 until Monday, when the school board meets. Gupta and her peers plan to attend the meeting to make clear this decision is unwelcome.