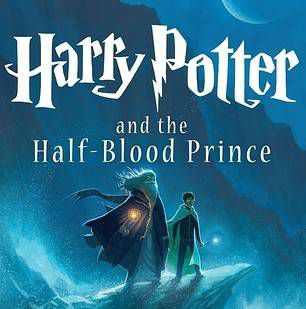 Anyone who spends time around me can attest to the fact that I spend a weird amount of my time thinking about Harry Potter. I make Harry Potter jokes, I correct people when they get Harry Potter things wrong (to my credit, I do this as a joke), and I am not above saying Accio Tea! before picking up the cup (it doesn’t fly to me, because the world is terrible). I think about Harry Potter, now, the way I thought about Star Wars as a child. (Look, I don’t get out a lot.)

Which is to say that when author Robert Jackson Bennett mentioned Harry Potter on Facebook, it didn’t take much more than that to get me turning it over. In reference to something else, he said:

I don’t consider myself a mystery writer, but I do think there’s such a thing as a mystery structure, which is very easy to read and to write. For example, the Harry Potter books are more or less school mystery stories set in a fantasy environment. The more they depart from that mystery structure, getting away from the “who is up to no good, and what are they trying to accomplish?” aspect, the more they suffer.

Normally, I would dismiss all comments from Mister Bennett because I do not approve of him. I am suspicious of how good his novels are, and also he is very silly on twitter and anyone who follows me there knows I demand maturity and decorum at all times. That being said, however, he does bring up some really interesting points that I want to delve further into.

The first interesting thing is the existence of the mystery plots in Harry Potter, and also the fact that eventually the series departs from them. That there is this split in the series is a point of ongoing fascination for me and is again something I talk about a lot. The Harry Potter series is remarkable precisely for its own inconsistency of structure, if you ask me.

The first four books of the series are definitely the mystery stories he’s referring to, the “who is up to no good and what are they trying to accomplish.” The mysteries are all neatly there in the titles. What is the Sorcerer’s Stone and who wants to steal it and what for? What is the Chamber of Secrets, who would open it, and what might be inside it? And so forth.

These tidy mystery plots are amazingly useful, because they provide a very consistent, predictable, rigid skeletal structure on which can be hung all the rest of the stuff that makes Harry Potter books so wonderful, and so much more than simple whodunit. It’s why you can go back and revisit the books even once you know who wants the Sorcerer’s Stone and what he wants to do with it (why am I being vague about this? The book was published in 1997 for chrissakes), because you want to revisit Fred and George, listen to Filch complain about stuff, see Hagrid be really bad at keeping secrets, get to discover Quidditch, and so forth. This is especially true of the fourth book, The Goblet of Fire, which is a massive book that goes into exhausting, exacting detail on the whole year. It’s the one book in the series where you feel as though you could crawl inside and really live at Hogwarts for the year. (I’ve tried. Faceprints all over the pages. Really sad.)

With book five, The Order of the Phoenix, however, the mystery format goes away and the nature of the books and series changes dramatically…and I think it’s remarkable. As I assume you know, Voldemort returns at the end of Book 4, and really, to continue with the mystery format after that would have been cramped and awkward. But it also didn’t need to change. The books were already selling like gangbusters, it would have been very tempting to stick with what was working.

Everything changes from Book 5 onward. The cover art goes all different, too, as if to indicate it…and unlike Robert Bennett, I personally don’t think the series suffers for this change at all. Now of course, I’m not really arguing with him about it, because it’s just a matter of opinion. (Also I’m right. Why I would I argue?)

It’s also fascinating in the film adaptations, because the same transition takes place…but you get four films on the front half and four on the back, since there’s only seven books but there are eight movies. The first four are mysteries and exciting adventure stories, and the latter four films (and latter three books) are slower, more brooding character-studies and world-examinations as this great evil force returns to a magical adventure-land and we must now take stock of everything in a serious, adult fashion.

If there is any suffering, it’s the brief and occasionally awkward return to a mystery with The Half-Blood Prince, in which there is nominally a mystery wandering throughout (who is the Half-Blood Prince?). And while he is vital to the story, the revelation that he is the half-blood prince isn’t all that important. It feels like a mystery-plot from an earlier book, tacked on unsuccessfully to my favorite Harry Potter work, a slow and brooding character story, examining Harry and Draco, Dumbledore and Sirius, and all the brave and cowardly choices that have been made along the way and are yet to come. It’s an amazing book, a breathtaking film, and the mystery bit isn’t even a skeleton to hang the rest of the book on.

So yes, I’ve heard some people complain about this before, over the years. And that’s fine, to each their own. But personally, I adore the sudden gear-shift in the Harry Potter series, between books and films four and five. It’s a brave, fascinating thing, and I am hard-pressed to think of another occurrence like it anywhere else. The closest I can come, I suppose, is Star Trek: Deep Space Nine, which went from an optimistic Star Trek series to a brooding, gritty examination of war and what it does to everyone trapped in it. But book-wise? No other gear-shift like that immediately comes to my mind (feel free to enlighten me, of course).

I’ll keep it just the way it is. It means I can choose my mood and find a Potter to suit it. Mystery and world-building? Or character-examining and world-saving? I’ve got books on either side of the divide and that is fantastic.