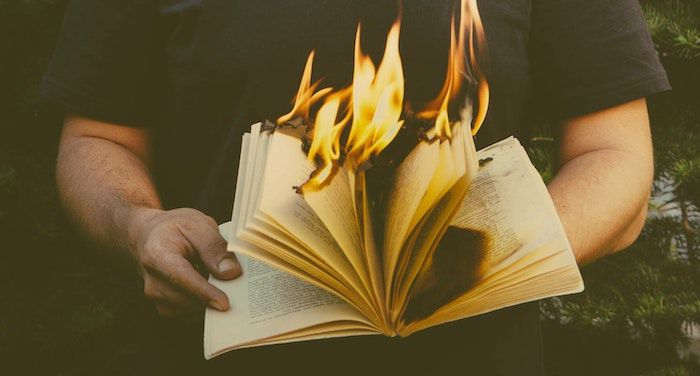 The Streisand effect is a term used to describe when a group or individual attempts to suppress or ban something (usually a book, movie, album, or some other creative work, but it can also apply to information) and ends up making it more popular. It’s named after Barbra Streisand, who sued a photographer for photographing her house and putting it online (it was part of a series of photos of the coast to document erosion). News of the lawsuit lead to the photo being shared all over the internet, getting much further than would have happened without it.

At Book Riot, we cover censorship of books quite a bit. We even have a weekly round up of censorship news. While book challenges are nothing new, they increased dramatically in 2021, especially targeting LGBTQ books, sex education books, and books by and about people of color. Whenever we report on these book challenges, we’ll get responses that — whether they use the term or not — refer to the Streisand effect. Nothing makes kids want to read a book more than banning it, comments will say. I understand this response, and there is some truth to it, but it hides the real risks of censorship and book banning.

For one thing, sales of a banned book will only increase if it gets a lot of media coverage. For every scandalous story that makes national news, there are many more that are happening in school board and library board meetings that aren’t being reported on. And even the ones that make the news start to get lost in the sheer volume of these stories. It’s hard to imagine all 850 books on Matt Krause’s list of books to ban from Texas schools saw a big boost to their sales.

Of course, there’s also self-censorship, which leaves no record at all. How many teachers and librarians are quietly removing books from shelves, leaving them off syllabi, or declining to purchase them out of fear of the response? With the vitriol being hurled at school board meetings, it’s easy to imagine many educators and librarians preferring to stick to less controversial (though also likely less relevant or meaningful) choices. This can in no way help sales. It can only take books away from readers.

Then, of course, there’s the inequity of only measuring book sales. Even if a book sells tremendously well after it’s been removed from a library, that doesn’t mean the readers who wanted to access it now can. Libraries, especially school libraries, are critical for children’s and teens’ access to books. Many don’t have their own means of buying books, and even those that do may not want to show their parents that they’re reading about LGBTQ issues or safer sex practices. Libraries allow those readers access to vetted information, even if they don’t check out the books — they can at least read them in the library and put them back on the shelf. (As many a closeted queer student has done.)

It’s not that the Streisand effect is entirely inaccurate for book challenges: coverage and controversy definitely can sell books. Jerry Craft saw sales of his book New Kid increase after it was challenged for including discussion of racism. Some bookstores stock and display challenged books once they make the news. After Central York School District’s book banning news story went viral, residents organized a book drive to give the banned books away and received over a thousand donations of the titles from people all across the country.

It’s heartening that so many respond to stories of censorship with support of the author, but we can’t rely on it. We have to continue to fight book bans and challenges and not depend on increased sales to even them out. We have to be just as loud and organized as book banners to prevent censorship. The Streisand effect is not enough.