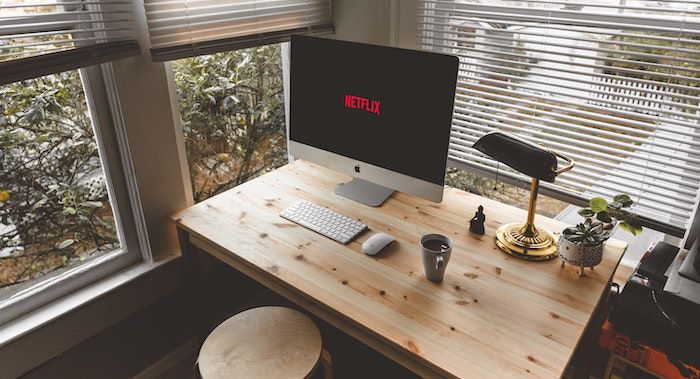 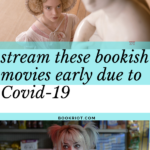 Already exhausted your Netflix queue stress watching movies at home? I feel ya. But the good news is you can add some great new movies to your watchlist! With quarantines and social distancing in place, a number of new and upcoming releases have gone to digital early, with early video on demand releases or simultaneous in-theater and at-home viewing options. That’s right: you can stream these literary movies now! The bookish movie night of your dreams is coming right up.

The newest adaptation of the Jane Austen classic, starring Anya Taylor-Joy, Bill Nighy, and Miranda Hart, is a wonderfully scenic and spot-on production. It’s full of beautiful costumes and great cinematography. It’s no Pride and Prejudice (2005), but it’s still a great addition to the Jane Austen film canon and perfect for a night-in after a long day of working from home.

Elisabeth Moss stars in the modernized remake of the 1933 horror classic based on the H.G. Wells novel of the same name. So if some thrills and chills and gaslighting are what you need to get through the night, The Invisible Man is precisely the thing for you.

The fact that this movie wasn’t a superhero box office hit is a crying shame, and you better bet I’m planning to take full advantage of this early digital release to watch Margot Robbie and her merry band of superpowered friends team up to take down one of the baddest baddies in Gotham.

Vin Diesel is kicking off his own superhero franchise—at least that’s the idea—as the eponymous Bloodshot of the Valiant Comics universe. Want to see Vin Diesel with superpowers? This is your movie, my friend.

A modern take on the Henry James’s novella The Turn of the Screw, starring Mackenzie Davis and Finn Wolfhard.

This Blake Lively spy thriller, based on the series by Mark Burnell, follows a woman seeking revenge for her family’s murder after finding out that the plane crash that killed them was actually a terrorist attack.

Meanwhile, The New Mutants, The Secret Garden, and Black Widow have all been delayed.

Other New Book Adaptations on Streaming

While these book to movie adaptations weren’t necessarily released early due to Covid-19, they’ll still make for some awesome bookish additions to your movie night!

P.S. I Still Love You

The sequel to the much beloved adaptation of Jenny Han’s To All The Boys I’ve Loved Before is finally here! And it’s just as adorable and feel-good as you ever could’ve imagined. You can watch it now on Netflix.

I mean, technically it was based on a book—Old Possum’s Book of Practical Cats by T.S. Eliot to be exact. And I don’t know if a perfect storm of a musical disaster (note: the movie musical, not the actual musical) is what you’re looking to fill your time with right now, but on the other hand don’t we all need some laughs?

If you’re looking for more bookish movies to lift your spirits, you might also want to check out the literary offerings on Netflix, these books being adapted in 2020, and some 2020 YA book to movie adaptations.