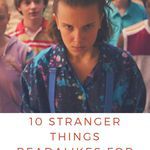 While Stranger Things was basically lab-created to appeal to the nostalgia of adults who came of age in the 1980s, it’s developed a fanbase much broader than just that. Tweens and teens, drawn to characters similar in age to themselves, have been captivated by the spooky goings-on much as their parents were by the show’s inspirations like E.T. and The Goonies. And if their younger siblings wander in the room while it’s on, chances are some of them may be intrigued as well. With all these age ranges in mind, here are some suggestions of Stranger Things read-alikes for ages from infant up to adults! 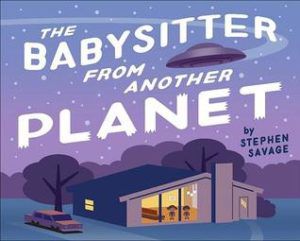 The Babysitter From Another Planet by Stephen Savage

This goofy picture book is like E.T. crossed with Mary Poppins, and sure to appeal to the littlest fans of Stranger Things. 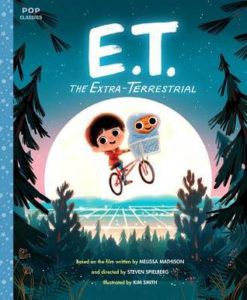 E.T. the Extra-Terrestrial by Jason Rekulak, illustrated by Kim Smith

Reimagining the 1980s film as an illustrated storybook, this is a fun read for the youngest Stranger Things fans. Fans of this will likely also appreciate The X-Files: Earth Children Are Weird, from the same creative team. 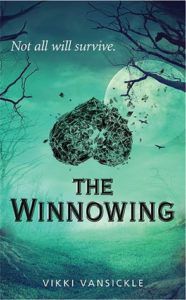 The Winnowing by Vikki VanSickle

This award-winning Canadian novel is a perfect Stranger Things read-alike. In Marivic’s small town, when kids hit puberty they must go through a mysterious process known as The Winnowing. When tragedy separates Marivic from her BFF, she is thrust into a world of conspiracy, rebellion and revolution. And she’ll have to trust her own frightening new abilities… 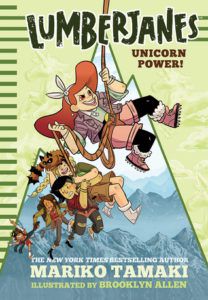 This adventure about a cabin of children is like Stranger Things with even more weirdness and even cooler child heroes. Based on the wildly popular and LGBTQ-inclusive comics, this is the first novel about the daring scouts of Roanoke cabin at Miss Qiunzella Thiskwin Penniquiqul Thistle Crumpet’s Camp for Hardcore Lady Types. 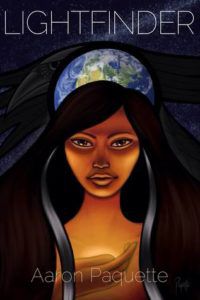 Aisling, a young Cree woman, sets out to rescue her runaway younger brother, Eric. Along the way, she comes to learn that the legends of her people might be real and that she has a growing power of her own. The two siblings become thrust into a millennia-old struggle for the future of life on earth. Things are not always what they seem and danger surrounds them at every turn. 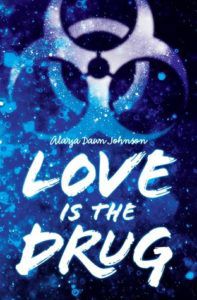 After a chance meeting with a homeland security agent, Bird wakes up in a hospital with no memory of the last few days. During this missing time, a deadly flu virus has begun sweeping the nation. Bird’s parents’ top-secret scientific work might mean she know something that can help…if she can only remember. 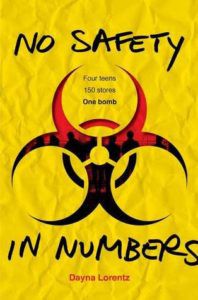 No Safety in Numbers by Dayna Lorentz

This book has at least two things in common with season 3 of Stranger Things: a mall and an unlikely group of teens banding together. Here, a group of teens and others are quarantined in a mall when a strange device is discovered in the air ducts. At first the novelty is fun…but then people start getting sick. 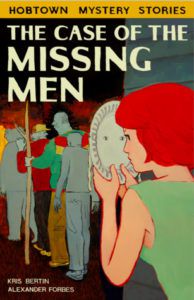 This graphic novel for older teens is like if Nancy Drew had lived in Twin Peaks. A string of disappearances in a tiny Nova Scotian town has both the local Teen Detective Club and newcomer Sam on the case. But why does it seem like the police and other adults are trying to stop the teen sleuths from getting to the bottom of it? And why does everything suddenly seem so weird…? 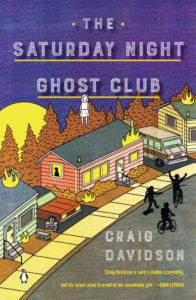 This one is like Stand By Me crossed with Stranger Things. Set in 1980s Niagara Falls, Jake spends most of his time with his conspiracy theory-obsessed uncle. The summer he turns 12, he and his friends create the Saturday Night Ghost Club. But what begins as a seemingly lighthearted project may ultimately uncover more than any of its members had imagined. 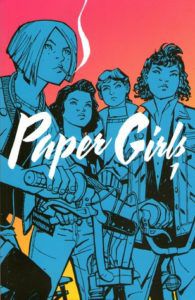 This graphic novel series is a Stranger Things read-alike as well as perfect for fans of Veronica Mars and Buffy The Vampire Slayer. Four smart paper delivery girls in a small town stumble upon a potentially intergalactic plot, and that’s just where the story begins. Amazon’s recently announced production on a TV adaptation, so the time is right to read this series!