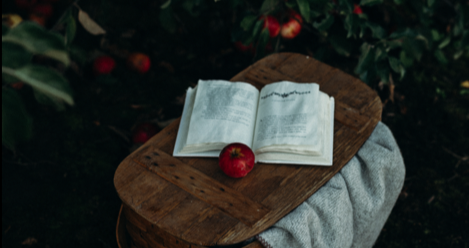 Anyone who grew up reading in English is probably familiar with the story starting formula that opens most folktales: “Once upon a time.”

She started with Tamil:

Like “ once upon a time “ in English, in Tamil we used to start stories with “in that only place…” ஒரே ஒரு ஊரிலே… what are the conventions in other cultures? #storystarters

“A long time ago”

Japanese translator Avery Udagawa responded with the formula: “むかしむかし…mukashi mukashi…long ago long ago.”

Whoever tweets from the bookshop Barker and Jones added that, “In Irish it’s ‘fadó, fadó.'” They write that this means, “literally ‘long ago, long ago’ but usually translates as ‘longer ago than long ago’ or ‘long ago and longer ago’.”

Filipino children’s book author Candy Gourlay writes that, “In the Philippines it is ‘Noong unang panahon’…I had never thought of it but roughly translated it means ‘In the first of times’…I habitually interpreted it as ‘Once upon a time’ but that is not what it says.”

“In a place far away”

Polish “fairy-tales often start with the phrase ‘za górami, za lasami’ (literally: beyond mountains, beyond forests),” according to writer Anna Maria Tuckett‏. She says it’s “the equivalent of ‘in a land far away.'”

Scholar Lalitha Joseph writes that, “In Malayalam we have ‘Oridathu, oridathu’. It’s concerned with space. It cannot be accurately translated into English but sounds more like ‘Once in a space (place)…’.”

“It happened, it didn’t”

This isn’t far from the Arabic,  كان ياما كان / there was, there wasn’t. It’s also similar to Maltese folktales, which according to Saviour Pirotta‏, often start with “This might have happened and it might have not…”

This is, in turn, not unlike Romani, according to translator and linguist Christopher Hughes. In Romani, he says, stories begin, “‘sas kaj sas, thaj shaj te maj avel’, which broadly translates as ‘it was what it was and it might well be again’, which I’ve always loved from a positive thinking point of view!”

And linguist Katie Cox added this is similar in Czech: “we usually start a fairytale with the following: ‘Bylo nebylo. Za devatero horami a devatero řekami… Byl jednou jeden král…’ which quite literally means ‘There was something and there wasn’t. Beyond nine mountains and nine rivers…there lived a king…’”

According to writer and historian Molara Wood‏, in Yoruba, traditional stories often begin with a call and response. 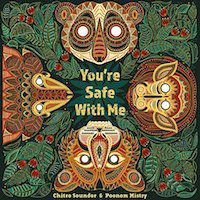 A pediatric nurse named Pardina responds that, “In the Caribbean (or my little part of it, at least), #storystarters tend to have audience participation. So the narrator will say in Creole ‘E dit kwik?’ (I say creek) and the audience replies ‘kwak’ (crack!).”

There are many more responses to Soundar’s thread. For more, check out the Twitter thread, or go to Chitra Soundar’s website, where she’s turned it into a slideshare. She’s also written more about how she’s applied story starters in her last two books, You’re Safe With Me and You’re Snug With Me, both illustrated by Poonam Mistry.