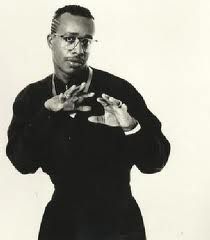 The comma is the most misused punctuation mark in the English language. My source you ask? The school of correcting freshman grammar for a decade. The semi-colon is probably misused at a higher rate per attempt, but the sheer tonnage of misplaced and missing commas is staggering.

There are three main reasons for this:

1. They are the most frequently used punctuation mark, so they have the most opportunity to be botched.

2. It has a variety of uses, not all of which are consistent. Some of the usages are more stylistic decisions than grammatical imperative, which is doubly confusing.

3. We often use commas to signal a pause, which is not a grammatical unit. In our attempts to make our writing “read” better  we use commas like salt, adding them to taste.

There are so many rules, gray areas, and exceptions in written English that it’s often helpful to know what the guiding principle of each punctuation mark is. The important thing to remember about commas is that their function is to separate, and the function of separation is clarity.

Take that last sentence: it is an example of the most common comma omission. The comma between “separate” and “and” separates the two independent clauses that are being joined by the coordinating conjunction “and.” (Independent clauses are a complete grammatical unit–any clause that could be a complete sentence on its own. Like Sonny and Cher.).

The comma’s job there is to show you that these are two separate independent clauses so that you don’t get confused (the function of all grammar. Making your 9th grade English teacher happy is just an unavoidable by product). The comma before a coordinating conjunction (but, for, nor, or, yet, so, and) signals to your reader “hey, this idea coming up is related but fully-formed in its own right so don’t mush it together with the stuff you just read.”

If you need a pneumonic, think of the comma between independent clauses as “Plessy Versus Ferguson”: the clauses are separate, but grammatically equal. The quick check is: could these two pieces exist on their own as complete sentences (Subject + Verb)? If yes, use a comma.

The second most frequently screwed-up comma moment is after modifying phrases that begin a sentence.

Consider these two examples (both of them grammatically correct):

While I was shaving, the dog started to growl.

The dog started to growl while I was shaving.

Remember that the goal of punctuation is to clarify without getting in the way. Same two clauses, just in reverse order. So why does one take a comma and the other doesn’t? Let’s take a look.

In the first example, if we left out the comma, then we would have this:

While I was shaving the dog started to growl.

Here’s what happens, your eye connects “shaving” and “dog”; for a moment, your reader thinks you are shaving the dog. Most competent readers will figure out what you mean, but they will have to read the sentence twice to be sure. If you do this often, then your reader will describe your writing as confusing, even if they don’t exactly know why it is unclear.

In the second sentence, there is no confusion about what is being shaved by whom, so the comma gets the heck out of the way.

This brings us to the most grumbled over comma in the language nerd galaxy: the Oxford comma.

Here are your choices:

Book nerds are awesome, awkward, and sneaky hot. (Oxford comma is the one between awkward and hot)

The comma’s twin tasks of separation and clarification are somewhat contradictory here. A good, parallel list already shows that the units are separate but grammatically equal, so the anti-Oxford camp thinks it is unnecessary and therefore under the Prime Directive of punctuation (Only use if absolutely necessary), the Oxford comma should make like a tree and get out of here.

The pro-Oxford comma contingent (of which I am a somewhat reluctant member), though, sees that there are some cases where a comma before the coordinating conjunction that signals the end of a list can provided needed separation.

The Oxford comma helps in lists where one or more of the items might be confused for a restatement of others.

My favorite people in the world are my roommates, Ryan Gosling and Toni Morrison.

My favorite people in the world are Ryan Gosling, Toni Morrison, and my roommates.

This sentence gets rid of the confusion about who is who, but now it reads as if my roommates were the most important.  Everyone knows how I feel about Toni Morrison, so this is misleading. Still, there is a workaround.

My favorite sandwiches are turkey, pastrami and ham and swiss.

My favorite sandwiches are ham and swiss, turkey and pastrami.

The Oxford comma saves our bacon (dammit, BACON sandwiches. Knew I was forgetting one):

My favorite sandwiches are turkey, pastrami, and ham and swiss.

No confusion, no fuss. Thank you, Oxford comma.

And now, for the answers to last week’s quiz (highlight the inviso-text next to each “ANSWER”)

a. You are disoriented. Blackness swims toward one like a school of eels whom have just seen something which eels like a lot.

ANSWER: Point of view shift from second person “you” to third person “one.” “Whom” should be “who.” “Which” should be “that.”

b. If I was to try and take a cat apart, the first thing I would have is a non-functioning cat.

c. Can you believe these new girls? None of them use birth control and they ate all the steak!

ANSWER: “Use” should be “uses.” Should be a comma between “and” and “control.” Number disagreement between “none” and “they.”

d. You know why its so clean in California? It’s because they don’t throw there garbage away, they turn it into television shows.

ANSWER: “Its” should be “it’s.” “There” should be “their.” Need a conjunction in the middle of the second sentence.

ANSWER: Misplaced modifier. God should come after the comma, and “I think” should come at the end of the sentence.

Next time I’ll answer the question: “If I was to tell you why you should care about grammatical mood, what would you say?”