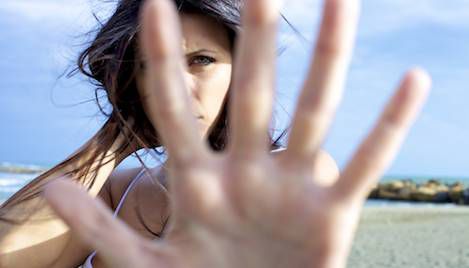 DC or Marvel has canceled yet another highly anticipated, critically acclaimed series featuring an underrepresented character or demographic…before the first trade has been released. They’ve made a decision to end the series before giving it a chance to find an audience among fans who may not hear about comics before they reach Amazon or Barnes and Noble, or don’t have a local comic book shop that they like, or don’t enjoy reading comics digitally, or simply prefer to read a whole story at once instead of in 20-page chunks.

I lament this development publicly, either on Twitter or here on Book Riot. Another series, cut down in its prime, and in such a retrograde, shortsighted way!

A man interjects. (It is always a man.) I don’t know him. He removes his pipe from his mouth and adjusts his smoking jacket (I assume).

“Ah,” he chorfles, “you don’t understand. This is because of the direct market!”

Diamond has a monopoly, you see. Can’t alienate the LCSes, you see. Preorders, retailers, Wednesday Warriors, you understand. Try not to be so foolish in the future, little lady.

And with that, he ambles off down the internet superhighway to explain the comic book industry to another woman.

I take a long, steadying breath.

Now, on the off chance that some of the people reading this post of any gender are unfamiliar with how the comic book direct market works, here is the short version: monthly comic books are distributed solely by a company called Diamond to comic book shops. Retailers preorder stock through Diamond based on how many issues of each comic they think they can sell, and comic book companies evaluate their sales based on those preorders. This means that by the time issue #1 hits the stands, comic book companies are looking at the initial preorders of, say, issue #4 – and if they’re dismal, the publisher may very well decide to cut their losses early.

Since the first trade of a series typically contains the first five to seven issues and usually comes out several months after the last issue contained in that trade drops, a comic book publisher would have to keep a series going until at minimum #10 to evaluate whether trade sales justify continuing with the series – and even then it’s hard to say, because while a single issue has already earned pretty much 100% of its profit before it’s even released (not counting digital sales), a trade can keep going back for reprints for months or even years. (Consider, say, New York Times bestseller Unbeatable Squirrel Girl, which does gangbusters in trades but barely moves 10K individual issues per month, making it one of Marvel’s worst selling books in floppy format.) On the other hand, if the trades don’t sell well, the publisher’s set themselves up to publish at least ten single issues – and probably two trades – at a loss. Under that model, being compulsively risk-averse makes sense.

Here’s the thing, though: I know all that.

Here’s the other thing: the system is broken. It’s a decades-old practice based on a world before digital comics (or the internet!), before just about every comic was immediately collected in trade, before three blockbuster superhero movies a year. It has not evolved to take into account either the explosion of interest in comics in general, or the shrinking of the traditional readership. It doesn’t allow comic book publishers to factor in what might be a book’s most profitable revenue stream when deciding whether or not to keep publishing that book month-on-month.

These men who apparate out of thin air to explain the direct market to me, they agree that it’s broken. But the importance of discussing ways to fix it, or to encourage DC and Marvel, with their massive market share, to try to fix it, pales next to the excitement of getting to explain the system to a woman, usually with a world-weary fatalism that precludes any suggestion that maybe this broken system could be replaced.

And I get this reaction all the time. I’ve gotten it on Twitter, on Tumblr, in person. I’ve gotten it from comic book store employees who were in fact incorrect about the details of their anti-Diamond rants. I got it when I was relatively new to comics fifteen years ago, when the husband of a well-known YA author swanned into the comments of my LiveJournal to talk down to me about business strategy, and I get it to this day on articles where I write about how the direct market is broken. “Ah, yes,” they say when I talk about the failures of the direct market, “this is because of the direct market.”

Comics dudes. You have got to stop doing this.

It’s annoying, obviously, because I already know the things they’re explaining to me. But it’s even more annoying because as long as their focus is on proving how much they know about the current system, the more they’re derailing any possibility of improving or replacing it. (And gosh, they sure do seem particularly invested in explaining how things couldn’t possibly have gone any other way when the canceled comic is by or about anyone but a straight white dude.)

Look, guys, I get it. It’s fun to explain! But it’ll be more fun to still be able to read comics ten years from now because an antiquated system hasn’t killed the industry entirely.

So the next time you see a woman talking about comics on the internet, try operating from the assumption that she already knows some stuff about comics. Instead of thinking about how you can educate her, focus on what we might be able to do to improve the industry for everyone.

I promise you, if she has any questions, she can ask.